The AOA is proud to honor six members with its prestigious awards, sponsored by Johnson & Johnson Vision. 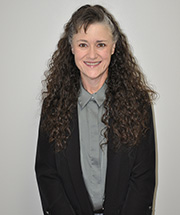 Michelle Welch, O.D., is currently one of the staff optometrists for the Idabel Choctaw Nation Health Clinic. Prior to her start there in 2014, she worked at the Northeastern State University (NSU) College of Optometry for 19 years, serving as a professor, an associate dean and the director of clinical care services. She is a former president of the Oklahoma Association of Optometric Physicians and a former member of several committees overseen by the Cherokee Nation governing standards of care in health care. She was honored with the NSU Circle of Excellence Award for Service in 2010 and was named the OAOP’s Oklahoma Optometrist of the Year in 2013. She has taught dozens of continuing medical education courses that advance the profession of optometry and help to elevate the work of her colleagues.

2021 Optometrist of the Year 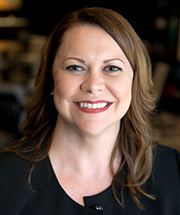 Belinda Starkey, O.D., has been instrumental in expanding the scope of practice of optometry in Arkansas. Dr. Starkey served on the Arkansas Optometric Association (ArOA) Board of Directors from 2012-2019 and served in all officer positions, including secretary/treasurer, president and immediate past president. She has served as chair of the Arkansas Optometric Physicians PAC, a keyperson to her legislators, a member of the Scope Team, has chaired the nominating and awards committees, pioneered the Networking Optometric Women group to serve female doctors in the state and share with each other in social networking situations. She is a member of the AOA Industry Relations Committee and works closely with other state affiliates on their legislative efforts. In addition to her dedication to the passage of Act 579, she served as treasurer of Arkansans for Healthy Eyes, a ballot question committee formed to preserve Act 579 after opposition tried to use a ballot referendum to overturn the newly enacted expanded scope of practice law. She will be one of the first Arkansas Optometric Physicians credentialed under Act 579 after almost two years of fighting to preserve the law that was signed by the governor in March 2019.

2021 Young Optometrist of the Year 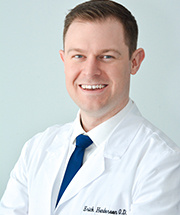 Erick Henderson, O.D., has been active in the profession since he was a student, serving as the American Optometric Student Association president in 2016. After graduating from the Southern College of Optometry in 2017, Dr. Henderson became the AOA’s Nominating Committee chair, tasked with interviewing and making recommendations for board elections in the AOA House of Delegates. He has served on the Western Pennsylvania Optometric Society (WPOS) Board of Directors in multiple capacities and now serves as president. He was installed to the Pennsylvania Optometric Association (POA) Board of Directors in 2021 after serving on several committees. As part of the Clinical Education & Meeting Committee, he developed and implemented a student-focused program at the POA’s annual Spring Congress to better engage current optometry students and increase their participation in the organization during school and after graduation. He volunteers on the board of the Lamu Center of Preventative Health where he and his wife—also an optometrist—planned and coordinated an optometry-focused service trip to provide much-needed eye care to the rural Kenyan community of Lamu. He is currently developing a strategy to allow other optometrists the opportunity to assist in the optometric services provided in Lamu.

2021 Optometric Educator of the Year 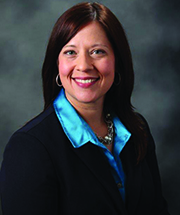 Lillian Kalaczinski, O.D., serves as an example to her students of the importance of service to the profession through her many years of volunteer contributions to the Michigan Optometric Association (MOA), AOA and other service organizations. After 17 years in clinical practice, Dr. Kalaczinski decided to pursue her original optometry dream and began teaching at the Michigan College of Optometry in August 2015. Since that time, she has earned tenure at Ferris State University and has been promoted from assistant professor to associate professor within the Michigan College of Optometry. Her didactic courses include public health, clinical ocular pharmacology, general pharmacology, advanced ocular disease and surgical management and clinical problem solving. She is a laboratory instructor in the posterior segment laboratory, where she loves to teach students to use their BIOS, scleral depressors and gonioscopy lenses. Her administrative roles include primary care service chief and associate director of continuing education. She dedicated seven years of service to the MOA Board of Trustees and served as president in 2010. She has been an AOA volunteer since 2006, serving on several committees. She has a passion for caring for underserved populations as demonstrated by her 10 years of clinical practice in a Federally Qualified Community Health Center in Grand Rapids, Michigan. She served a four-year term as a volunteer on the Associated Schools and Colleges of Optometry Diversity, Equity and Inclusion Committee and is currently enrolled in the Master of Public Health program at Ferris State University. 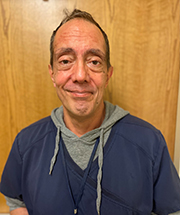 George Ballato, CPOA, first began his work with an AOA-member doctor as the Spanish interpreter for the doctor’s patients. While patients would be waiting or dilating in the office, he would engage with them to make them feel welcome, often getting to know them on a personal level. In 2015, the optometry office of the Open Cities Health Center went through a staff transition, and one of the optometrists offered Ballato a job. He had not worked in eye care or ever considered doing so—but he agreed and for the past six years, he has been a critical piece of the optometry team. Since he started at the clinic, Ballato has grown to love the profession. He is constantly educating his community about what doctors of optometry can do for them and the conditions they treat. He fully understands the important role we have to play in not only the patient’s ocular health but systemic health as well. 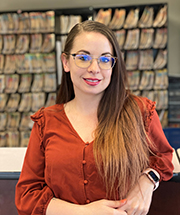 Samantha Serrano has demonstrated a special passion for optometry and patients. Her career began in August 2010 as a frame and lens specialist. She spent years learning everything possible about the industry and earning her ABO optician certification. She progressed from frame and lens specialist to certified optician to optical manger to front office manager and then office manager. In June of 2013 after relocating to Colorado, she joined Acuity Eyecare Consultants as ophthalmic tech, eventually holding positions as optician, optical manager and assistant manager. She has finished her associate’s degree in business management with a focus in health care and will soon start toward a bachelor’s degree. Shas exhibited great passion for her communities through various ways. She created a volunteer program in New Mexico, partnering with a local nursing home, in which opticians would visits twice a month to deliver materials and adjust eyewear or do minor repairs. She also implemented this same program with a local senior center. In Colorado, she had volunteered on numerous occasions with Von’s Vision, a program from NFL star Von Miller that provides vision screenings to disadvantaged children.

The AOA congratulates all 2021 award nominees.

The AOA is hosting a profession-wide videoconference, Thursday, July 29, to discuss rapidly developing legislation to expand Medicare benefits and is seeking members’ input to inform advocacy.

With the competitions officially underway July 23, the AOA is capitalizing on its partnership with surfer Caroline Marks and USA Surfing to raise awareness about the essentialness of regular, comprehensive eye care and vision health. Doctors of optometry can get involved with the See and Be Seen campaign.

Regulators have taken a “hands-off” approach to this key ACA provision for a decade, but now members of Congress encourage full implementation of the law as originally intended.