Leadership
Home / About the AOA / Leadership / Board candidates

As a member of the AOA Board of Trustees, Dr. Benner serves as chair of the Investment Committee. He is liaison to the Industry Relations Center Committee, Third Party Center Executive Committee, Accreditation Council on Optometric Education, and is Speaker of the House Pro Term. Dr. Benner is also the board liaison to the affiliate associations in Arizona, Colorado, Idaho, New Mexico, Nevada, Utah, and Midwestern – Arizona College of Optometry. Dr. Benner’s past board work includes serving as liaison to the Content Review Board, Education Committee, the Quality Improvement and Registries Committee, Council on Research, the Association of Regulatory Boards of Optometry, Contact Lens and Cornea Section, Faculty & Student Membership Liaisons, the Contact Lens and Cornea Section, Faculty & Student Membership Liaisons, Membership Development Committee, InfantSEE & Children’s Vision Committee, Vision Rehabilitation Committee, AOA Excel ®, Federal Relations Committee, State Government Relations Committee, and the Third Party Center Executive Committee. He also served on the AOA-Political Action Committee (AOA-PAC), serving as chair from 2010 to 2015.

A graduate of Pacific University College of Optometry, Dr. Benner has been active in his community, serving in numerous civic and faith-based organizations.

Dr. Reed is a past president of the Mississippi Optometric Association (MOA) and the Southwest Optometric Society. In his role with the MOA, he served as chair of the Long Range Planning Committee, Optometry for Progress PAC, the Legislative Committee, the Assistance to Graduates and Undergraduates Committee, and the Nominations Committee. He was also chair of the Board of Trustees at Southern College of Optometry, and Mississippi's Trustee for SECO International.

A graduate of Southern College of Optometry, Dr. Reed was the 2010 and 2016 recipient of the MOA James P. Brownlee Optometrist of the Year Award.

She is a graduate of Southern California College of Optometry and completed a residency in ocular disease at Omni Eye Specialists in Denver, Colorado. She is a Diplomate of the American Board of Optometry and continues to be active in her community, serving with numerous civic, faith-based and chorale groups.

Dr. Grover previously chaired the AOA Vision Rehabilitation Section and served on its Executive Council from 1999-2010. She is a participating author in AOA's Evidence-Based Eye Care of the Patient with Diabetes Mellitus, Comprehensive Adult Eye and Vision Examination, and Comprehensive Pediatric Eye and Vision Examination guidelines, which have received national recognition from the American Public Health Association.

Dr. Grover has served in private and hospital-based practice, industry and academia, serving as dean of Pennsylvania College of Optometry at Salus University and on the medical staff at Wilmer Eye Institute at The Johns Hopkins University School of Medicine. Her expertise has been sought by numerous federal panels, committees and organizations, including the National Institutes of Health, the National Academies of Sciences, Engineering and Medicine, Department of Defense, American Public Health Association, and Centers for Disease Control and Prevention, among others. She also is a published clinical researcher and author.

A graduate of Illinois College of Optometry, Dr. Grover earned her Ph.D. in Health Services Research and Policy from Johns Hopkins University Bloomberg School of Public Health. Dr. Grover is a health policy consultant and fellow of the Institute of Medicine-Chicago. She is founder and current co-director of the Center for Eye and Health Outcomes and visiting scientist at the Southern College of Optometry.

Dr. Starkey served as a member of the AOA’s Industry Relations Committee and the House of Delegates Credentials Committee. She served on various volunteer committees for the Arkansas Optometric Association (ArOA) where she was a past president and is currently the co-chair of the State Legislative Committee. Dr. Starkey served as treasurer of Arkansans for Healthy Eyes, a coalition group advocating for Arkansas’ scope expansion law, during the state’s recent referendum battle.

Dr. Starkey, a graduate of the Southern College of Optometry, is a partner of Parenti-Morris Eyecare in Rogers, Arkansas. She lives in Rogers with her husband, Clay, and dog, Jett. Dr. Starkey enjoys spending time outdoors with her family and is an avid Razorbacks fan. 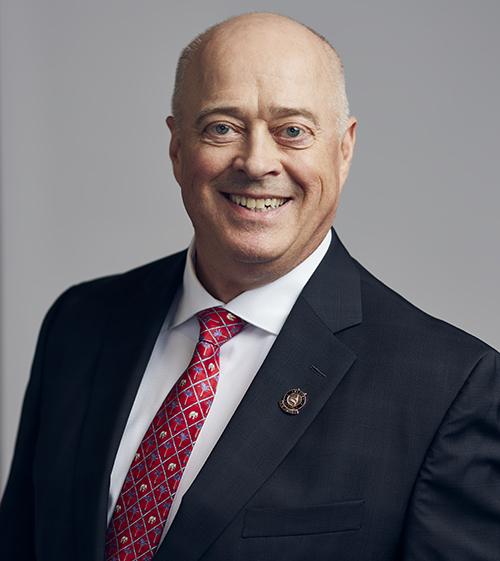 Paul Barney, O.D, a graduate of Southern California College of Optometry, started his career at the Inland Eye Institute in Colton, California. In 1990, he joined Pacific Cataract and Laser Institute, where he currently serves as director of its Co-Management and Surgery Center in Anchorage, Alaska.

Dr. Barney has dedicated more than 20 years of volunteer service to the Alaska Optometric Association (AKOA), where he has held almost every leadership title, including president, chair of the Education Committee and chair of the Legislative Committee. He also has served as a member of the Board of Examiners in Optometry for the state of Alaska for eight years, serving as its chairperson for five years. Dr. Barney has devoted countless hours over many years advocating for the advancement of the practice of optometry in Alaska so that the needs of optometric patients in the rural areas and villages of the vast state can have access to the best care possible. He currently serves as chairperson of the legislative committee for the AKOA. He was instrumental in passing H.B.103 in 2017, an Alaska statute that gave the Alaska Board of Examiners in Optometry the autonomy and the authority to write regulations for anything that is taught at an accredited school or college of optometry.

Dr. Barney served as Alaska’s director to the Great Western Council of Optometry for several years and served as its president from 2014-2015. His commitment at the national level of optometry includes being a Visionary member of the AOA-PAC, a Federal Keyperson for the AOA, the AOA Federal Advocacy Representative for Alaska, a past member of the Public Affairs Committee, a past member and chairperson of the New Technology Committee, and most recently a member of the State Government Relations Committee. He was the 2016 Optometrist of the Year for the AKOA and the 2017 Optometrist of the Year for the AOA. He is an adjunct faculty member of Pacific University College of Optometry in Forest Grove, Oregon, and of Northeastern State University Oklahoma College of Optometry in Tahlequah, Oklahoma. In addition to his commitment at home, Dr. Barney is an adjunct faculty member and guest lecturer at Ramkhamhaeng University in Bangkok, Thailand, since 2005, donating two to three weeks of his time every year to teach, while also mentoring Thai optometry students via email throughout the year. 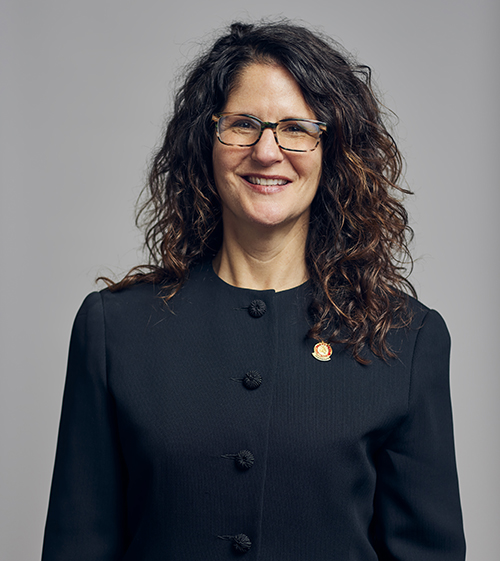 Capt. Read reported to her first duty station at Branch Medical Clinic, Mayport, Florida, in August 1999. She began as a staff optometrist rising to lead as product line manager of clinical support services. In the summer of 2003, she commenced a one-year, postdoctoral residency program at the Harry S. Truman Memorial Veterans’ Hospital in Columbia, Missouri, in primary care and ocular pathology. Following residency, she reported to Naval Hospital, Keflavik, Iceland, where she served as the sole optometrist, chair of the Executive Committee of the medical staff, and the disaster preparedness officer. After her overseas tour, she served as the director for the Arlington Annex, DiLorenzo Tricare Clinic in Washington, D.C. In November 2008, Capt. Read transferred to the U.S. Army Public Health Command (USAPHC), Aberdeen Proving Grounds, Maryland, as the Navy program manager of the Tri-Service Vision Conservation and Readiness Program. From July 2010 to March 2011, she deployed to Expeditionary Medical Facility, Kuwait. Post-deployment, Capt. Read was selected as the first chair of the public health review board for USAPHC and was promoted to portfolio executive officer, occupational and environmental medicine. In May 2012, she reported to Naval Health Clinic, Quantico, Virginia, as the director for clinical support services and precepted students as adjunct faculty for Indiana University College of Optometry. In May 2015, Capt. Read was selected to serve as the executive assistant for the deputy chief, healthcare operations, Bureau of Medicine and Surgery, Falls Church, Virginia, then fleeted up to serve the deputy chief, readiness and health encompassing research and development, healthcare operations, Office of the Chief Medical Officer and Operational Medicine and Capabilities Development. She was competitively selected as a defense legislative fellow serving in the office of Sen. Richard Blumenthal of Connecticut. She then shaped health care policy as the director, health affairs and special assistant health affairs to the assistant secretary of the Navy for manpower and reserve affairs. Currently, she is director for military health system governance in the Office of the Assistant Secretary of Defense for Health Affairs.

Capt. Read is a fellow in the American Academy of Optometry, a member of the American College of Healthcare Executives and a past president of the Armed Forces Optometric Society (AFOS). She is on the AOA Federal Relations Committee and serves on the board of the Health Care Alliance for Patient Safety. She was named AFOS Navy Optometrist of the Year 2013.

The clarification addresses common questions about how doctors can provide audio-only telehealth without running afoul of HIPAA requirements.