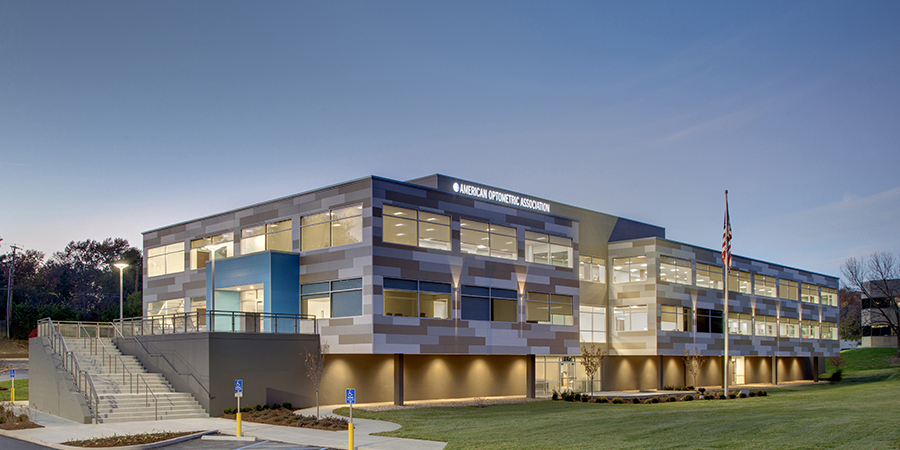 The American Optometric Association (AOA), founded in 1898, is the leading authority on quality care and an advocate for our nation's health, representing more than 44,000 doctors of optometry (O.D.), optometric professionals and optometry students.

Doctors of optometry take a leading role in patient care with respect to eye and vision care, as well as general health and well-being. As primary health care providers, doctors of optometry have extensive, ongoing training to examine, diagnose, treat and manage ocular disorders, diseases and injuries and systemic diseases that manifest in the eye.

Doctors of optometry provide more than two-thirds of primary eye care in the U.S. Find a doctor of optometry near you for more information on eye health and vision topics.

Vision: The American Optometric Association is the acknowledged leader and recognized authority for eye and vision care in the world.

Mission: Advocate for the profession and serve doctors of optometry in meeting the eye care needs of the public.

The AOA has developed AOA-related entities to provide the best resources to meet the needs of doctors of optometry. These entities include:

AOA also has partnerships with organizations such as Think About Your Eyes (TAYE), InfantSEE® and The Health Care Alliance for Patient Safety (APS).

Click on the links to learn more about each of the entities and partnerships and how they support our members. 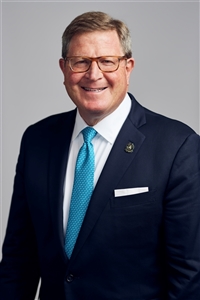 Jon Hymes, an experienced association executive and health policy and political strategist, was appointed as the American Optometric Association’s (AOA) executive director on July 29, 2014. Hymes reports directly to the AOA Board of Trustees – comprised of 11 leading doctors elected to uphold the organization’s mission, vision and values – and, by working closely with 80 outstanding staff colleagues, guides implementation of programs, initiatives and campaigns to advance the profession of optometry and the eye health and vision of Americans that doctors of optometry care for each day.

With more than 48,000 member doctors of optometry, optometry students and paraoptometric staff and 51 affiliated state associations, as well as student and armed forces affiliates, the AOA is a nationwide force for health, vision and the essential and expanding role of doctors of optometry, America’s family eye doctors. Through the challenges of the COVID-19 pandemic and post-crisis recovery, the AOA and its affiliates mobilized to support member doctors as they provided essential care to tens of millions of Americans without interruption. As a result, more than $2.1 billion in federal physician and other emergency relief aid to optometry practices nationwide was secured and policies to significantly expand patient access, safeguard quality care standards and outlaw anti-doctor policies imposed by insurers and plans advanced in state capitals and Washington, D.C. Other active AOA initiatives, including the Eye Deserve More campaign, educate parents, policymakers and the news media about optometry and the importance of annual comprehensive eye exams, and build direct patient connections to AOA doctors, including through the AOA.org members-only directory.

Over 25 years, Hymes has held top-level policy and management positions on Capitol Hill, in Congressional campaigns and in the private sector. From 2005-2014, he directed the AOA's Washington, D.C. operations, serving as the organization's top lobbyist and advocacy strategist through a period of significant legislative and regulatory activity in health care and led notable wins for optometry. During Hymes’ tenure, the AOA has earned annual recognition in surveys of policy insiders and published media rankings for having one of the most effective and respected advocacy operations in the nation's capital. Prior to joining the AOA, Jon spent a decade as a Congressional chief of staff and legislative and strategic communications aide. For five years, he advised Rep. Norman Lent of New York, then the ranking Republican on the Energy and Commerce Committee and the U.S. House panel with wide-ranging jurisdiction over health care policy. Hymes was selected as a Senator John C. Stennis Congressional Staff Fellow, and chosen to be a leader of Congressional staff delegations on official visits to the Republic of China and the State of Israel.

Hymes is a graduate of Syracuse University. He is a member of the U.S. House Chiefs of Staff Alumni Association and the American Society of Association Executives. A native of Lido Beach, NY and a past Long Beach Patrol lifeguard, Jon resides in Bethesda, MD and volunteers for area youth sports programs.