'One of the most impactful legislations for decades to come'

August 5, 2021
Is it happening? How will it work? What can you expect? The AOA fielded members’ questions about Congress’ efforts to create a Medicare vision benefit, providing the latest updates on a fluid situation. 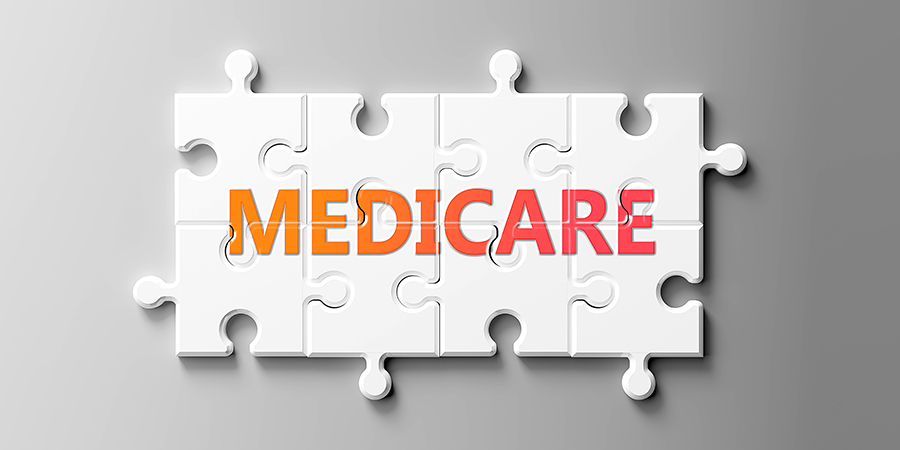 Days before the U.S. Senate unveiled a $1 trillion, bipartisan “hard” infrastructure bill, possibly clearing the way for a much larger “soft” infrastructure bill that includes a Medicare vision, hearing and dental coverage expansion, the AOA’s Special Advisory Committee on Medicare Expansion convened to inform and guide the AOA’s advocacy. Such on-the-ground feedback from doctors is critical into a potentially historic Medicare expansion that while the AOA did not initiate, the AOA is determined to shape by reinforcing the highest standards and value of primary eye health care delivered by doctors of optometry.

“There is still a tremendous amount that needs to be figured out in legislative language and through the regulatory process to really understand all the elements of how a new Medicare vision benefit would operate in reality,” noted AOA President Robert C. Layman, O.D., before hundreds of AOA members, volunteers and staff during the July 29 videoconference. “There also remains uncertainty regarding whether we will actually see a benefit expansion this year. However, despite uncertainty, it is critical for AOA to make optometry’s voice heard with policymakers.

“If AOA is not there advocating for doctors in the trenches, our place at the table will be taken by those who seek to diminish the role of doctors of optometry and to undervalue the care that we provide,” Dr. Layman added.

Currently, the White House and supportive majorities in Congress are working toward a program expansion that would add a new refraction and materials benefit for the program’s roughly 62 million seniors and younger people with disabilities. As the program operates now, Medicare only provides coverage for a complete, comprehensive eye examination if a medical condition is identified or present and typically requires beneficiaries to pay 100% of the costs for eyeglasses or contact lenses.

Although Medicare Advantage plans may provide some of these benefits, this coverage costs seniors extra and many plans feature practices that are harmful to doctors and patients. Such is the case, beneficiaries’ confusion over coverage or lack thereof may cause seniors to delay or forgo essential, annual eye health care in the same way they forgo dental cleanings or hearing aids.

However, as evidenced by optometry’s increasing role in the delivery of primary, medical eye care under Medicare—growing 28% to $1.3 billion since 2011 as compared to ophthalmology’s 8% growth—optometry stands to play a critical part in seniors’ preventive care and medical management.

“This Medicare expansion has the potential to be one of the most impactful legislations for decades to come,” says Jeffrey Michaels, O.D., moderator of the advisory committee videoconference. “This is an opportunity to increase access to America’s seniors and improve their eye health and vision care, and ultimately prevent blindness.

“This can be a 1986-like moment, when optometry’s role within Medicare was forever changed and our impact on our patients’ lives was fully realized,” Dr. Michaels added, alluding to the year that optometry gained Medicare inclusion—also, notably, via budget reconciliation.

Overwhelmingly, doctors of optometry participating in the special advisory committee agreed that a benefit expansion would greatly improve seniors’ access to comprehensive eye care that can help prevent eye disease, vision loss and other systemic diseases. Yet, doctors still had many questions.

Members of the AOA’s Federal Relations and Third Party Center committees, as well as AOA advocacy staff, fielded those queries about what, when and how any new vision benefit would take shape, considering a budget framework is not finalized and specific proposals are likely to change. Below are the questions and answers.

1. Legislatively, where does Medicare expansion currently stand? Will it happen?

Congressional efforts to expand Medicare coverage are as serious as ever; however, there is still uncertainty over the current proposal. The Senate’s 2,700-page Infrastructure Investment and Jobs Act, which includes $550 billion in new federal spending on “hard” infrastructure projects, such as roads and bridges, currently has bipartisan support. Should the bill pass the Senate, the Budget Committee would approve a resolution directing Congressional committees to start developing parts of a reconciliation package that includes Medicare coverage expansion. Leaders have indicated that a budget resolution to formally begin the reconciliation process may take place before senators’ mid-August recess. Public polling shows overwhelming majorities of both self-identified Republicans and Democrats support adding benefits to Medicare, which could lead to bipartisan work in Congress.

Unfortunately, as part of the “hard” infrastructure bill recently put forth in the Senate, Congress proposes a one-year extension of mandatory Medicare sequestration cuts to offset some of the $1 trillion agreement. This isn’t the first time that Congress has targeted Medicare payments, and the AOA continues to remind lawmakers that such funds shouldn’t be used for roads and bridges.

2. How is the AOA advocating for optometry in the current Medicare expansion discussion?

Based on the special advisory committee feedback received and evaluation of the current landscape, the AOA believes that if an expanded vision benefit is to be developed, it must have several foundational requirements to work well for both patients and doctors.

First, a new refraction and materials benefit must be administered directly by Medicare and not subcontracted or supplemented through other parties or discount plans. The AOA volunteer leaders are adamant that doctors be able to retain their independence and preserve their doctor-patient relationships by relying on the current, traditional Medicare benefits administration systems available.

Third, the care that doctors of optometry provide is a key part of keeping seniors healthy and independent, and fair and appropriate reimbursement will be critical if the Medicare benefit is expanded. The AOA will advocate for any new benefit to be administered in such a way as to ensure that Medicare physicians are appropriately reimbursed for their time and patient care.

3. Why does the AOA currently advocate for utilizing the DME program?

The AOA is well aware of issues with the DME program and advocated against changes to the program that the Centers for Medicare & Medicaid Services (CMS) eventually finalized, in addition to advocating for a physician exemption. However, considering rampant fraud in the DME program at the time, the changes that CMS implemented—requirements to enroll in the Medicare program, to obtain a DME accreditation and post a $50,000 surety bond for each National Provider Identifier maintained—did enhance security. The AOA volunteer leaders believe disreputable retailers will not want to or cannot subject themselves to DME requirements, thereby offering an additional level of protection.

4. Should the AOA push for a new G code for this benefit to simplify billing?

The AOA volunteer leaders do not support a new G code for a couple of reasons. First, the AOA is very engaged with valuing Current Procedural Terminology (CPT) codes with representation on and input to the Relative Value Scale Update Committee (RUC). This access permits optometry to weigh-in on discussions regarding the valuation of procedures provided. Second, the CMS has authority with G codes not only to decide how much they will pay but also to define what they believe is required for a comprehensive eye examination and to generate a prescription. The AOA stands by its evidence-based clinical practice guidelines that emphasize a comprehensive eye examination is necessary for assessing a patient to determine a contact lens or spectacle prescription. For these reasons, the AOA is more inclined toward current CPT and ICD codes.

Given the rapidly evolving nature of this Congressional action, the AOA has fully mobilized its advocacy resources, and optometry’s advocates are diligently working to proactively build support for optometry. In turn, the special advisory committee is expected to reconvene in the weeks ahead as more becomes apparent about any coverage expansion.

“America is aging and each of us has the knowledge, skills and training to help every American as they age to protect their precious eyesight, to maximize the vision they have and to help individuals continue to live independent lives,” noted AOA Trustee Teri K. Geist, O.D. “While we clearly have uncertainty before us, we also have tremendous opportunity.”