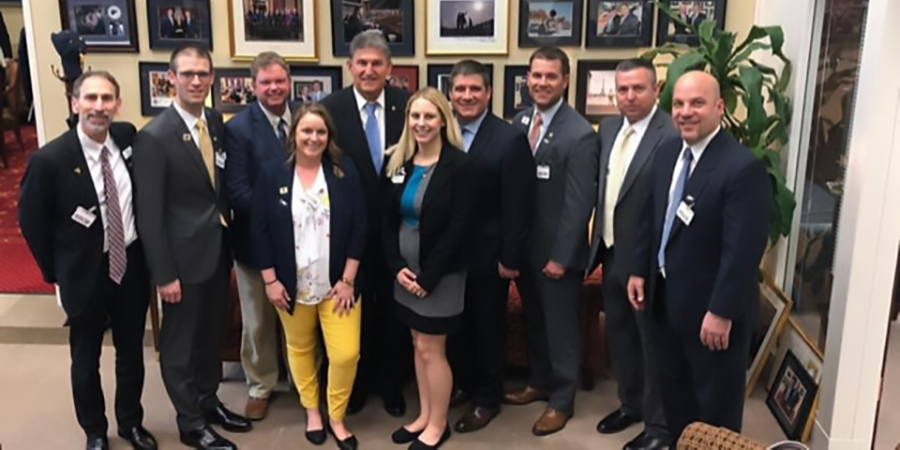 In a testament to the tireless advocacy of the AOA and its affiliates, the bipartisan Dental and Optometric Care Access (DOC Access) Act now has a new Senate companion.

Introduced on Nov. 12 by Sens. Joe Manchin, D-W.Va., and Kevin Cramer, R-N.D., S. 4894 (the DOC Access Act) aims to put doctors and patients back in control of important health care decisions by ending abusive vision plan practices. The bill, also backed by the American Dental Association, was referred to the Senate’s Committee on Health, where it awaits further consideration.

While the 116th Congress is in its waning days, the introduction of the bill is nevertheless an important milestone in its advocacy and sets up the AOA, affiliates and the ADA for an all-out House-Senate push in the next Congress—convening Jan. 3, 2021. H.R. 3762, the House version of the DOC Access Act, remains active with 63 co-sponsors including nearly a dozen new co-sponsors added since September’s virtual AOA on Capitol Hill.

“This development represents a major progression of the DOC Access Act and is the result of hard work by our profession’s strongest advocates—doctors of optometry and  our affiliates, and in particular leaders in West Virginia and North Dakota,” says Ronald L. Benner, O.D., AOA Board of Trustees member and board liaison to the West Virginia Association of Optometric Physicians.

“The AOA and its members, including frontline advocates Dr. Dori Carlson, former AOA president, of North Dakota, and Dr. Laura Suppa, a new AOA Federal Relations Committee member, of West Virginia, have pushed for this bill by communicating consistently to Congress the stories of our member doctors and their patients being challenged by abusive vision plans sold on the federal market,” Dr. Benner adds. “While many states have pursued relief through their state legislatures, we need to have a federal remedy for the plans regulated at the federal level.”

The bill aims to counter abusive practices in the federally regulated vision and dental coverage markets, and ensure patients and doctors, not insurance and plan executives, are at the center of important health care decision making.

The bill is similar to the House version and remains focused on disallowing detrimental ERISA and other federally regulated plan policies, mainly:

An Avalon Health Economics report found that this kind of monopsony behavior exhibited by vision plans harms consumers. Avalon concluded that "such mandates have another effect—they lead to higher overall costs for these consumers and, especially, for consumers without vision plans as doctors are forced to compensate for the transfer of operating margins from doctors to the plans."

More than 40 states have enacted legislation addressing vision and/or dental plan abuses; however, up to one-half of plans operating in any given state can sidestep these state laws because they are instead federally regulated.

What can doctors of optometry do to support S.4894?