August 6, 2020
The AOA and doctors are acting quickly to enlist federal legislators to join the growing mass of voices asserting concerns regarding the new amendment to the Contact Lens Rule announced by the FTC. 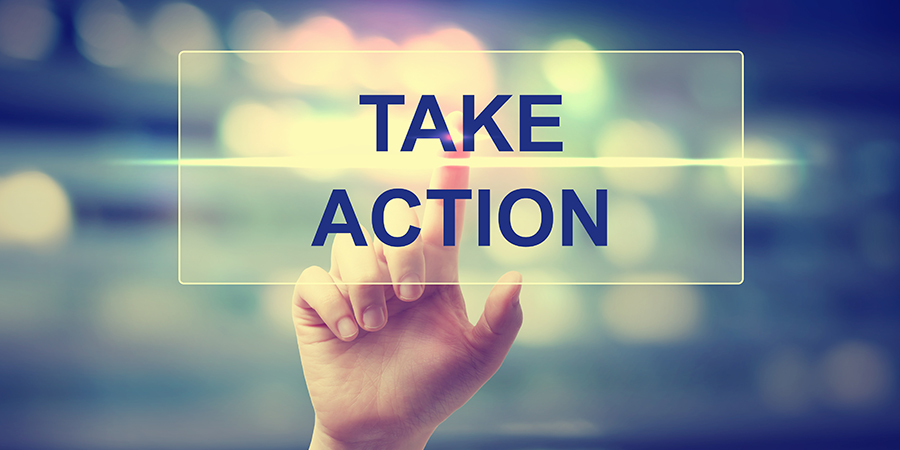 In a short window of time, the AOA and doctors acted quickly to enlist federal legislators to join the growing mass of voices asserting concerns regarding the new amendment to the Contact Lens Rule announced by the Federal Trade Commission (FTC). The change requires prescribers to get signed acknowledgement forms indicating patients' receipt of contact lens prescriptions, and to keep record of that confirmation for at least three years.

As a result of these concerted efforts, members of Congress this week signed on to letters sent to majority and minority leaders in the Senate and the House, urging an intervention against the amendment.

"We are concerned that the FTC is imposing these new requirements on doctors' offices across the country just as they are working hard to get back on their feet," says a letter signed by Sen. Roger Wicker, R-Miss., and 16 other senators. "These small health practices are increasingly struggling to afford personal protective equipment for themselves, their employees, and patients, and are still recouping from retrofitting costs and revenue losses stemming from reduced patient flow.

"Complying with this additional burden at the present time could seriously undermine their recovery efforts," the letter adds.

The AOA also is mustering substantial support on a second front: robocalls.

In a bipartisan letter to Speaker of the House Rep. Nancy Pelosi, D-Calif., and House Minority Leader Rep. Kevin McCarthy, R-Calif., this week Reps. Bobby Rush, D-Ill., and Michael Burgess, M.D., R-Texas, joined by 92 other House members—the most legislators to weigh in on the issue to date—criticized the FTC for its failure to address the issue in a meaningful way and described the current verification process as disruptive, unreliable and even dangerous.

Too often, under the current system, patients receive different lenses than prescribed by their eye doctors.

"With the FTC failing to address these ongoing concerns, it is clear that Congress must act to better protect patients from the Commission's flawed approach," Rep. Burgess' letter says. "Therefore, it is our hope that the House will address this important issue."

The chorus of opposition is growing

A U.S. House appropriations subcommittee with jurisdiction over its budget formally rebuked the agency July 14. In its report accompanying the fiscal year 2021 spending bill, the House Financial Services and General Government Subcommittee recently inserted language admonishing the FTC and directing the commission to delay implementation of its rule changes, especially given the ongoing strain due to the public health emergency brought on by the coronavirus pandemic.

In the report, the subcommittee wrote:

"The Committee is disappointed that the FTC's final amendments to the Contact Lens Rule do not sufficiently address the patient safety concerns the Committee has repeatedly outlined in report language for the past four years. The rule fails to sufficiently modernize the prescription verification process by eliminating the use of robocalls and imposes new burdensome paperwork requirements on providers and patients. To allow providers sufficient time to implement the necessary changes and to prevent additional interruptions in service due to the coronavirus, the Committee directs the FTC to delay the effective date for the amendments, and to suspend any implementation or enforcement of those amendments, until March 31, 2021."

The language was included by Rep. Mike Quigley, D, Ill., the subcommittee's chair, after hearing from AOA Federal Keyperson Vince Brandys, O.D., who practices in Illinois.

Optometry, and health care leaders, will continue the fight

The AOA has long decried the flawed administrative mandate, arguing that it places undue burden on prescribers while doing little to curb internet retailers' documented violations of the very patient health and safety laws that the regulatory rule review seeks to update. It is rallying pushback among members, as well as other health care organizations and industry allies.

Since 2016, the FTC has ignored the concerns of the AOA and doctors of optometry, ophthalmologists, patient health and consumer advocates and a bipartisan group of more than 100 U.S. House and Senate leaders. Indifferent to those pleas, the FTC announced June 23 it was pushing ahead with the new rule.

"The FTC was wrong four years ago when it first proposed this flawed plan and it's wrong today in seeking to implement it," says AOA President William T. Reynolds, O.D. "This is an attack on law-abiding, frontline optometry practices made even more outrageous by the fact that the FTC has chosen this moment-amid a pandemic and economic meltdown-to finalize new rules that will needlessly saddle thousands of already struggling, small health care practices with tens of millions of dollars in new compliance costs.

"The AOA is mobilizing to ensure that all of our doctors can speak out, educate and engage government officials in challenging this mandate," Dr. Reynolds says.

The AOA has asked the FTC to defer the rule's enforcement until at least Jan. 1, 2021. The House subcommittee is demanding an even later effective date.

Without action, the new changes may go into effect in September.

On June 30, the AOA was joined by the American Academy of Ophthalmology in a hard-hitting letter to the agency reinforcing the share of concerns of all eye doctors across America-doctors of optometry and ophthalmologists-regarding the intent and timing of the final rule. The organizations noted in the letter that "Many of these [optometry and ophthalmology] practices have just recently begun to reopen and are grappling with significant financial losses and staffing concerns while also implementing and refining new patient care procedures to limit the potential spread of the coronavirus. The timing for a new regulatory requirement for these practices could not have occurred at a more challenging time."

They called on the FTC to delay, at minimum, the rule's effective date to Jan. 1, 2021, or at least three months following the end of the current public health emergency as defined by the secretary of the Department of Health and Human Services, whichever date is later.

CooperVision called the decision imprudent and of serious concern and underscored its partnership with the Health Care Alliance for Patient Safety, the AOA, the Contact Lens Institute and other industry groups "to elevate the importance of the doctor-patient relationship with the agency. While that guidance went largely unheeded by the FTC, our resolve to protect quality care has only grown stronger."

How to take action