February 4, 2021
Despite its name, the National Association of Optometrists and Opticians is a “front” for large optical retailers, working against the interests of doctors of optometry and comprehensive eye health care for patients, the AOA contends in a Jan. 5 letter sent to the Internal Revenue Service. Some companies are now taking steps to disassociate from the lobbying group and its recent actions. 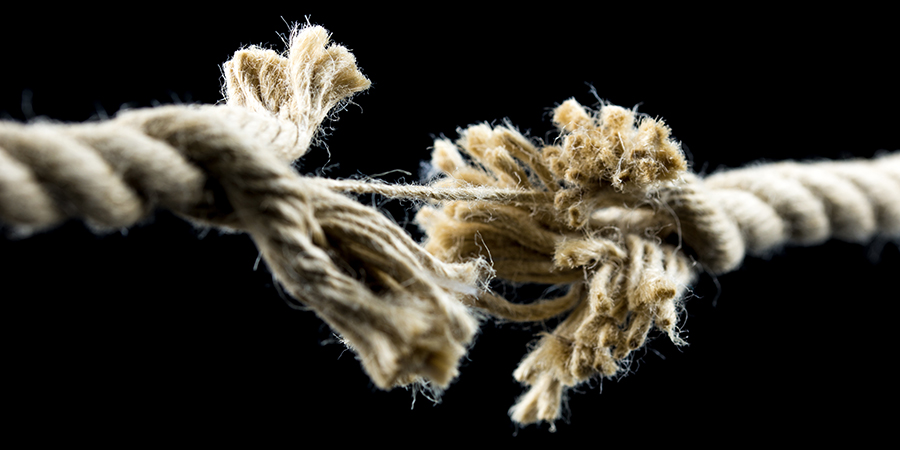 Amid an AOA call for a federal inquiry and heightened public scrutiny of its influence-seeking tactics, the National Association of Optometrists and Opticians (NAOO)–a deceptively named lobbying group active in Washington, D.C., and state capitals–is losing support.

Two companies–Visionworks and AEG–have just severed ties to NAOO while a third, Luxottica, has made it clear that it does not agree with attacks on optometry and optometry-backed legislation. Also, a growing number of concerned doctors on the front lines of advocacy, including Art Epstein, O.D., and Thomas Cheezum, O.D., are speaking out to express concern about how the group has operated.

The AOA has called for a federal inquiry into the tactics of the so-called “National Association of Optometrists and Opticians” (NAOO), a deceptively named influence group that has been upping its anti-doctor and anti-patient lobbying activities in state capitals and Washington, D.C.

According to tax and other records, the NAOO lists a Cincinnati-area home as its headquarters and its membership is comprised of large, optical retail corporations.

“Our AOA and state associations are the profession’s unified voice and sole representative,” says William T. Reynolds, O.D., AOA president. “It’s unacceptable for any corporation or industry group to seek to speak for physicians, and we intend to make sure it does not happen here.”

Joining together, state associations and the AOA have been fighting back to win supporters in Congress and state legislatures while working to expose all questionable, misleading or outright deceptive tactics. According to the AOA, now is the time for increased scrutiny of the group’s operations starting at the federal level.

In the Jan. 5 letter to the Internal Revenue Service (IRS), the AOA asks whether the NAOO can claim to be a representative organization of doctors and if it must more fully disclose its ties to companies and the industry that has established and funded it. As part of its request, the AOA specifically spotlights a claim of 501(c)(6) tax-exempt status and asks the agency to adopt rules to limit the use of professional titles by industry lobbying groups.

“Our message to federal officials is direct: With the NAOO so actively and brazenly working against the interests of doctors and our patients, we insist on full accountability,” Dr. Reynolds adds.

The NAOO’s website acknowledges that membership is open to “retail optical companies with brick and mortar locations where optometrists provide eye care,” with affiliate membership for companies and vendors supporting those retailers.

Based on public records and factoring in reports of recent membership losses and distancing actions, the NAOO now appears to be lobbying on behalf of the following companies:

In late 2020, the NAOO joined with the internet contact lens sales industry in attacking the AOA-backed Contact Lens Rule Modernization Act (S. 4613) and sought to undermine optometry’s support in the U.S. Senate. The menacing escalation of the group’s influence campaigns against doctors and patients was further exposed on Jan. 25 by Dr. Epstein, chief editor of the weekly e-newsletter Optometric Physician™:

“Essentially, the NAOO purports to represent doctors of optometry … while actually representing the interests of [major companies]. [Flying under] the radar for many years, its recent unholy alliance with [online contact lens lobbying interests] has increased their visibility and has made their assertions of professional representation more dangerous.

“For my colleagues in the trenches, if you think NAOO activities don’t affect you, think again,” Dr. Epstein writes. “The NAOO does not represent optometry.”

Says Dr. Reynolds in the Jan. 5 letter: “As the 99th president of the American Optometric Association, the nation’s oldest and largest organization of practicing doctors of optometry, which is governed by an elected Board of Trustees and a constitutionally directed House of Delegates, both entirely comprised of doctors of optometry, I find it troubling that a group purporting to be a representative voice of doctors on issues of public health and essential patient care is not what it claims.

“In fact, the group is actually unaccountable to and even actively working against the interests of eye doctors and the patients they serve,” he says.

At odds with optometry in the states

Like the AOA, a number of state affiliates have faced NAOO attacks and lobbying efforts.

About a decade ago, Dr. Cheezum, a longtime advocate for the profession, remembers an appearance by the NAOO during a scope expansion battle by the Virginia Optometric Association (VOA). To legislators at the time, in a subcommittee hearing, the NAOO’s very name implied that it represented doctors of optometry, Dr. Cheezum says.

Yet, when asked to produce a membership list or to have an optometrist testify on its behalf in the hearing, the NAOO representative was unable to produce either, he says.

“They’re taken at face value at first, but it is a very deceptive name,” says Dr. Cheezum, who was on the VOA’s board at the time. “We made it very clear to the legislators that it was not an organization that represented optometrists in our state in any way and that it was run by corporations to benefit the corporations.

“Their motivations are whatever benefits them,” he adds. “It’s an organization that purports to represent all these folks. But it doesn’t.”

Jim Zieba, J.D., executive director of the Indiana Optometric Association, noted its active lobbying in an attempt in 2020 to repeal vision health protections in the state’s telemedicine law.

“Online contact lens companies used NAOO in an effort to give the appearance that there was a split within the profession to counter the efforts of the Indiana Optometric Association," Zieba says.

"NAOO serves the interests of big-box sellers of glasses and contact lenses over efforts to protect and promote full-scope optometry," he adds. “NAOO was thwarted from achieving its goals, but its involvement did confuse some legislators. NAOO did not hide its relationship with big-box stores, but its involvement had an adverse impact on the position of organized optometry.”

Similarly, in Rhode Island, the group has attempted to undermine the legislative agenda of doctors of optometry.

Paul Zerbinopoulos, O.D., Rhode Island Optometric Association, called the NAOO’s intervention “deeply troubling.” The NAOO has been repeatedly mentioned in legislative testimony and written materials in a number of states proposing safeguards for comprehensive vision care legislation, as representative of optometry when there is no apparent optometric representation in the organization, Dr. Zerbinopoulos says.

“They state that the slit lamp examination of contact lenses is not required and that there is little medical benefit to an annual contact lens evaluation,” he says. “This is stated in testimony (by NAOO) despite the fact that a slit lamp exam is accepted as the standard of care by optometry and ophthalmology alike to ensure best practices in contact lens wear and eye health.

“The NAOO in Rhode Island has worked specifically to undermine the doctor-patient relationship,” he adds. “They actively oppose legislation seeking to ensure medically accepted standards of care for telemedicine. Alternately, they propose acceptance of technology clearly not meeting the definition of the standard of care for telemedicine in any state in the country. In my opinion, it is antithetical for an organization to proclaim they represent optometry in any fashion and then seek to undermine clinically accepted standards of patient care and telemedicine.”

Wanting to explain the position of the Rhode Island Optometric Association (RIOA) on telemedicine, Stephen Montaquila, O.D., reached out to the group because he was “deeply disappointed and disturbed” by its approach to legislation.

Not only had the NAOO lobbied against consumer protection legislation supported by local optometrists in Rhode Island, the group was giving the impression that it represented optometrists, not the optical retailers it truly represents, he says.

“I wanted to discuss both the misrepresentations and also I was happy to further discuss our bill in detail but quickly learned that they did not want to discuss telemedicine; rather, they just want to oppose regulation,” Dr. Montaquila says. “They don't advocate for the protection of the patient and didn't want to discuss the intent of the legislation.

“My primary concern with this group is its misrepresentation to our legislators,” he says. “They give the impression that they are representing the profession. This is, of course, not true. They do not in any way clearly state in their communications that they represent the optical retail industry and not doctors of optometry or ophthalmology; rather, they mislead suggesting that they do in fact represent doctors in some way.”

Dr. Reynolds asked the IRS to act upon the issues raised in his letter and take appropriate steps to regulate the use of misleading names by entities recognized as tax-exempt business leagues by the IRS.

“If no such restrictions exist, I call upon the IRS to strongly consider adopting rules that, to avoid misleading the public, would prevent the use of professional titles by business leagues whose membership is not in fact made up of those licensed professionals,” he says.

With a letter now before IRS officials, the AOA is committed to actively following up with the agency in the weeks ahead.