Starting April 1, patients must acknowledge receipt of their contact lens prescriptions or provide consent to email it

April 1, 2021
Despite yearslong opposition by the AOA, other medical groups and many in Congress, the government’s Contact Lens Rule changes requiring confirmations and recordkeeping for at least three years are in effect. The Federal Trade Commission confirms it has authority to seek fines for noncompliance. 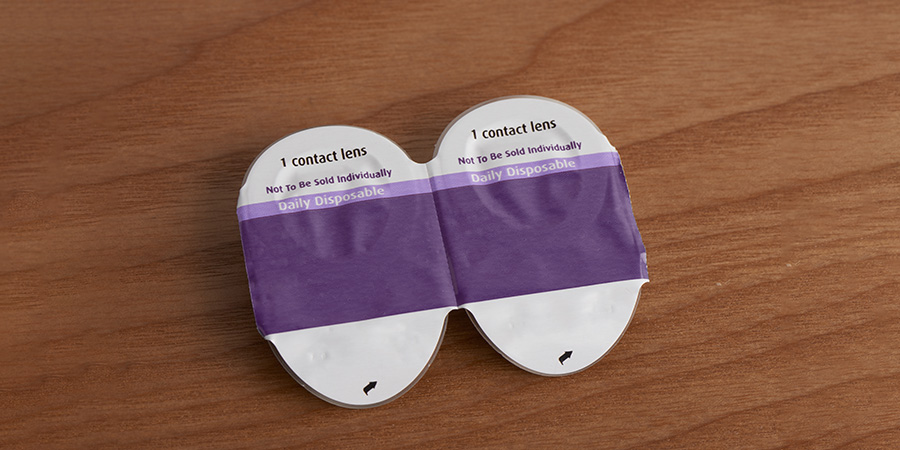 It’s no April Fool’s joke—today marks the start of the Federal Trade Commission (FTC) enforcement of its revised Contact Lens Rule paperwork requirements. In finalizing its flawed rule update, first proposed in 2016, the agency chose to reject concerns raised by more than 100 pro-optometry U.S. Senators and House members; patient, doctor and consumer advocates; and medical organizations including the AOA, the American Academy of Ophthalmology and American Society of Cataract and Refractive Surgery, as well as thousands of concerned doctors across the country.

Under the new requirements, contact lens prescribers—doctors of optometry and ophthalmologists—must have patients sign acknowledgement forms indicating they are in receipt of their prescriptions. Practices also can adhere to the new regulations by seeking patient consent to send contact lens prescriptions electronically—such as through a patient portal or email. Further, practices are now required to keep record of those confirmations for at least three years. To make sure your practices are in compliance, doctors of optometry should review the AOA’s FTC Rule Compliance Toolkit.

The penalty for noncompliance can result in legal action including civil monetary penalties of up to $42,530 for each violation, a threat against doctors that the AOA will continue to stand firmly against. If the FTC were to receive a complaint regarding a doctor’s practice, the agency reports that it would then engage directly with the practice to gather details and assess the situation to determine a fine it deems appropriate, if necessary.

"For many years, the AOA has fought the FTC on this rule that requires eye care providers who perform contact lens exams to obtain a patient's signature when a contact lens prescription is released,” Robert Theaker, O.D., chair of the AOA Federal Relations Committee, says. “I wish this was an April Fool’s joke, but the new FTC rule that will be enforced beginning on April 1 is no laughing matter for us, our practices and our patients as we must comply with an onerous new government regulation. The AOA believes this unnecessary rule attempts to solve a problem that doesn't exist, as our profession knows, understands and complies with the prescription release requirements in the law.

“As the AOA keeps up the fight against bureaucratic overreach, we will also continue directly taking on the powerful interests seeking to deregulate contact lenses, repeal their medical device status and put patient safety and public health at risk,” Dr. Theaker says. “No organizations are doing more to safeguard the doctor-patient relationship than our state associations and the AOA, and these urgent issues will be at the center of this year’s AOA on Capitol Hill advocacy mobilization on May 23-25, which is our next opportunity to be heard loud and clear on Capitol Hill and yes, in federal government agencies."

According to David A. Cockrell, O.D., past chair of the AOA Advocacy Committee, “Every day for five long years, the AOA led the fight against what we viewed as a significantly flawed plan to target law-abiding eye doctors with costly, unjustified mandates. Having participated in numerous direct meetings with agency officials on this issue over several years, I personally found them immovable in believing that contact lens prescription release too often does not occur.

“As a dedicated advocate for our profession and a caring physician, I remain committed to demonstrating that doctors of optometry deliver essential, quality care and, of course, follow the law,” Dr. Cockrell adds.

The FTC is an independent agency of the U.S. government whose principal mission is the enforcement of civil (non-criminal) antitrust law and the promotion of consumer protection. It has full authority over the federal government’s Contact Lens Rule, which was due for a once-per-decade review in 2016, a process that extended for nearly five years due to the controversial nature of the signed acknowledgement proposal, the concerns it generated in Washington, D.C., and revisions adopted and put forward by the agency since the initial proposal was released.

By the FTC’s own estimate, even in its now revised form, the paperwork rule and record-keeping requirement will add nearly $13 million in new compliance costs annually to practices’ operating costs or upward of $18,000 a year per small health care practice. Advocates say the FTC’s insistence on pursuing the paperwork mandate amounts to “a solution in search of a problem” and burdensome at a time when optometric practices were already contending with added challenges due to the COVID-19 crisis.

Despite letters from Congressional leaders asking for a significant delay in the rule implementation; a rebuke from the U.S. House appropriations subcommittee with jurisdiction over the FTC’s budget; a rare, joint letter from AOA and the American Academy of Ophthalmology, as well as supportive letters from VSP and other companies; and even an appeal to the then President of the United States, the FTC’s change enforcement will now proceed.

Through its Washington, D.C. office, the AOA closely monitors FTC rulings and policy proposals and communicates frequently with the agency. In 2018, the FTC issued a landmark ruling stating that 1-800 Contacts unlawfully undermined competition in the online contact lens marketplace, restricting the availability of truthful advertising to consumers (FTC finds 1-800 Contacts engaged in anticompetitive agreements AOA). In 2020, as in previous years, after the AOA forwarded thoroughly documented complaints to FTC officials, 1-800 Contacts was forced to change its tactics under Contact Lens Rule requirements that apply to internet retailers (AOA demands lead to change at 1-800 Contacts).

The AOA is an advocacy force in Washington, D.C., ensuring that optometry is recognized and heeded on health care policy and other issues impacting practices, patients and public health. AOA doctors and students as well as its professional advocacy team are at the center of a 24/7/365 presence in the nation’s capital, including throughout the COVID-19 public health emergency.