July 9, 2020
NBEO has identified solutions to administering Parts I and II of the exam but has not found alternatives for students who are hesitant traveling to Charlotte to complete Part III of the exam. 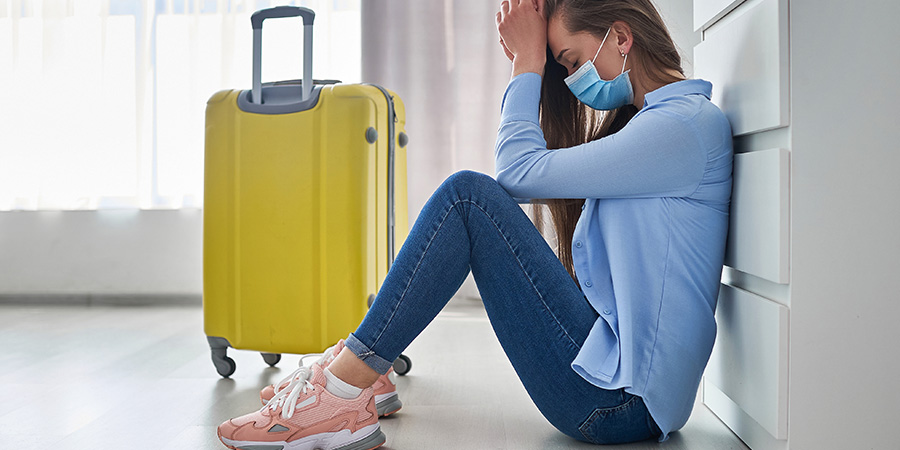 Doctors of optometry, students and academic officials are calling on the National Board of Examiners in Optometry (NBEO) to do more to provide alternative testing methodologies. While NBEO is setting up a task force to "research and discuss" solutions, it may not satisfy the concerns of the AOA and others.

Since the coronavirus outbreak, NBEO has scrambled to manage and adjust its national testing schedule for licensing doctors of optometry. The pandemic forced it to suddenly postpone part l of its three-part exam in March, creating uncertainty among students. According to its mission, NBEO develops, administers, scores and reports the results of its board examinations assessing competence in optometry. Its exams "are universally accepted for optometric licensure" in the U.S. and abroad. Parts l and ll of the examination are conducted at regional test sites in the states, while students are required to travel to Charlotte for Part III.

Hundreds of optometry students annually take the exam, which covers applied basic science, patient assessment and management and clinical skills. Yet, in the wake of the pandemic, NBEO has been unable to provide reassurance and clear direction on how graduating students can achieve their ultimate goal of becoming a doctor of optometry. NBEO has identified solutions to administering Parts I and II of the exam but has not found alternatives for students who are hesitant traveling to Charlotte to complete Part III of the exam.

"It is unacceptable that the next generation of students is hanging in the balance because, after years of dedicated study and training, they are unable to complete their competency tests in a timely manner and safe environment," says William T. Reynolds, O.D., AOA president. "By being inflexible and not delivering modern solutions, NBEO is putting the future of optometry at risk."

A chorus of concerns have risen over whether students are getting a fair shake in the testing process.

Whatever the solutions, they should work for students, says Jennifer Coyle, O.D., dean of the Southern California College of Optometry (SCCO) at Marshall B. Ketchum University in Fullerton, California. Dr. Coyle says she appreciates the NBEO predicament. Scheduling the tests, in a pandemic, has meant fewer seats at test sites as social distance is practiced.

But Dr. Coyle is hoping for more creative solutions that work better for students. Solutions that won't require students to fly to Charlotte, for instance. Some students, unable to find suitable test times and seating are scheduled to fly to other states even for Part l of the exam.

The Centers for Disease Control and Prevention (CDC) says that flying on planes can increase travelers' risk for COVID-19.

Says the CDC: "Air travel requires spending time in security lines and airport terminals, which can bring you in close contact with other people and frequently touched surfaces. Most viruses and other germs do not spread easily on flights because of how air circulates and is filtered on airplanes. However, social distancing is difficult on crowded flights, and you may have to sit near others (within 6 feet), sometimes for hours. This may increase your risk for exposure to the virus that causes COVID-19."

"At the end of the day, it's about student safety and health," Dr. Coyle says.

The president of Marshall B. Ketchum, Kevin Alexander, O.D., heartily agrees. Dr. Alexander has written twice to the NBEO.

"On behalf of the students at the Southern California College of Optometry—indeed on behalf of all optometry students across the country—I write to you to express my shock and head-spinning confusion to the demonstrated lack of concern by the NBEO for the health and safety of our profession's most valuable resource: our students," says Dr. Alexander, noting in his July 2 letter that many schools have banned travel by faculty and staff and also may require quarantining upon return.

Dr. Alexander, who calls holding Part lll of the exam in Charlotte "dangerous and unacceptable," offers the school's 80,000-square-foot clinical facility in Anaheim as an alternative site. The school would not proctor the exam but provide the space.

"Marshall B. Ketchum University stands ready to assist," writes Dr. Alexander, who made a similar impassioned appeal to the Association of Regulatory Boards of Optometry.

American Optometric Student Association President Alex Bennet expresses "deep" concerns regarding the handling of the Part l exam, including registration and administration through Pearson Vue, which manages the test sites.

Test site availability was cited as a pressing issue.

"Our concerns are based on the lack of correct information provided to students, the inability to contact someone directly at Pearson Vue or NBEO during the registration time, and the limited allotment of test dates or sites which have sparked outrage among a large number of our membership," Bennet wrote in June.

"Students have been incredibly patient during these unique times while NBEO was devising a plan to administer the exam, but the patience of our future optometrists is wearing thin—frankly, we believe that we deserve better from our national board of examiners."

Members of the Association of Schools and Colleges of Optometry (ASCO) shared concerns with NBEO in June at a joint meeting, says John Flanagan, Ph.D., dean of the University of California Berkeley School of Optometry and ASCO's new president.

"The issue with NBEO is a problem of being unable to complete national board examinations due to the closing of examination centers, and the reduced number of examination seats as centers reopen with reduced capacity," Dr. Flanagan says. "This has hit availability across the country, with some areas more impacted than others. California is one of the worst affected areas.

"Being unable to complete all parts of the national board examinations has impacted some students with respect to licensure," he says.

Then there are the health and safety issues raised by Dr. Alexander.

"That is a concern I share, but it is a different issue, i.e., one of safety rather than inability to schedule an examination," Flanagan says. "The situation is complex and serious for our new graduates and potentially the Class of 2021 and 2022."

The AOA had similar concerns, expressed in more than one communication to NBEO dating back to May.

While acknowledging the extraordinary circumstances of the pandemic, then AOA President Barbara L. Horn, O.D., wrote again on behalf of students after "fresh complaints" about technical and planning errors that were hindering students' ability to register for the exam and even over its administration.

"It is of urgent importance—to recently graduated doctors, current students who will be our future colleagues, the profession at large, and the public—for NBEO to effectively oversee a fair, thoughtful and timely pathway toward licensure testing completion," Dr. Horn wrote.

In 2018, in its House of Delegates, the AOA passed a resolution urging NBEO to reform administration of its Part III exam in a way that would reduce the financial burden on optometry students, including the ability to take its exam at regional testing locations as opposed to the current sole testing location in North Carolina.

Despite these multiple concerns, NBEO has responded and is not considering any alternatives to the Part III exam, stating in a July 7 letter from NBEO President Lewis Reich, O.D., to Dr. Alexander, "We do not know of a way that remote testing in geographically dispersed locations can be administered to adequately safeguard exam integrity and protect the health and safety of a key exam stakeholder: the general public."

Courtney Park is a fourth-year optometry student at SCCO. Park had imagined her final year in optometry school differently. She'd planned for instance to have Part l of the NBEO exam already under her belt.

Instead, because her Part l exam was postponed in March, she's looking at a test schedule that has her taking all three parts of the exam in consecutive months, November, December and January.

"I personally don't feel that comfortable traveling across the country on a plane," says Park, president of the class of 2021 at SCCO. "It's definitely been stressful."

Park says she understands the challenges of navigating in a pandemic. Yet, she spent days, and a few late nights, closely scanning listings for compatible test sites. "Everything would be snatched up quickly," says Park, which left her frustrated.

She feels at peace with her decision now. Her test schedule is tight, and she'll be studying madly, but at least she has seats reserved for the exam.

"I've come to terms with taking it in November," Park says. "I just want it to be over with."