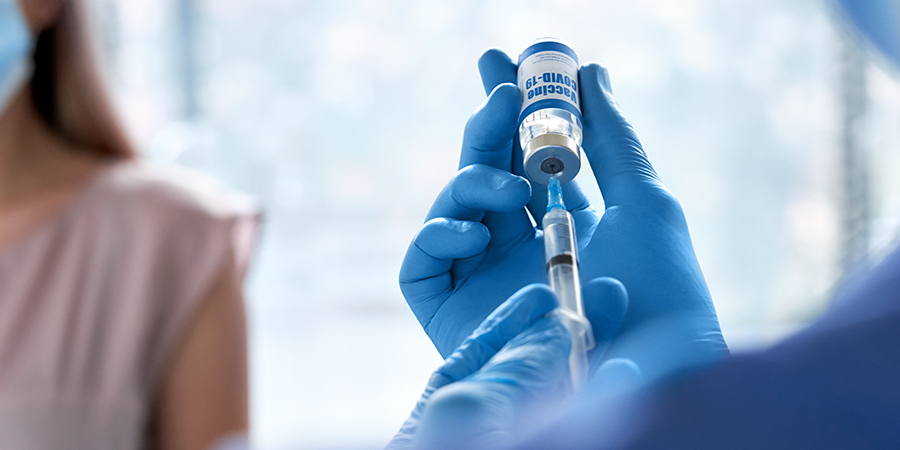 A tenth of the way to eclipsing the nation’s “herd immunity” threshold, the U.S. coronavirus vaccination campaign remains hobbled by familiar challenges even as it looks to get ahead of emerging SARS-CoV-2 variants.

As of Feb. 1, the Centers for Disease Control and Prevention (CDC) reported over 31 million vaccines administered—good for about 9.4% of the U.S. population—but still well short of the 70-85% of Americans necessary to achieve herd immunity. Now seven weeks after the first COVID-19 vaccinations began with health care workers and nursing home residents, the vaccination campaign has accelerated its pace to about 1 million vaccinations a day. Even then, that pace lags the 1.8 million shots per day, seven days a week, estimate that has been posited necessary for widespread immunity by mid-2021.

Despite federal efforts to ensure this concerted vaccination campaign moves from walk to run, public health officials remain skeptical about the logistics of such a historic campaign. In some cases, the numbers of vaccine doses allotted states from the federal stockpile are out of sorts with those administered, suggesting some states are not expeditiously getting shots into arms. What’s more, a patchwork of state plans for vaccination rollout left some localities limiting access to only Phase 1-eligible health care workers while still others had proceeded to more advanced public stages. In the weeks ahead, tens of millions more Americans are slated for inoculations, magnifying such logistical hurdles at a time when new SARS-CoV-2 variants threaten to upend a weeks-long downward trend in case counts.

While January 2021 marked the deadliest month of the pandemic to date, new cases sunk below the 100,000 per day mark for the first time in nearly two months. However, federal officials tempered that news with grim predictions over the emergence of the B.1.1.7 (United Kingdom) strain and the B.1.351 (South Africa) strain circulating uncontrolled in dozens of states. Evidence is mixed on whether these variants are deadlier, but the U.K. strain is believed to be 70% more transmissible.

Coupled with the slow vaccine rollout, the variants’ emergence has officials warning of a gathering storm. Appearing on NBC’s “Meet the Press” on Sunday, epidemiologist Michael Osterholm, an advisor to President Joe Biden on the coronavirus, predicted another surge in cases from the U.K. variant as it becomes the dominant strain in circulation come March.

“And if we see that happen—which in my 45 years in the trenches tells us we will—we are going to see something like we have not seen yet in this country,” Osterholm told NBC’s Chuck Todd.

Added Osterholm: “The hurricane is coming. Because of this surge, we have to call an audible [regarding to vaccine distribution].”

Last week, President Biden revised his pre-inauguration goal of 100 million vaccines in 100 days, to 1.5 million vaccinations each day. Still, that pace requires a concerted effort on the part of not only states’ but also frontline health care providers—including optometry.

In a Jan. 25 letter to President Biden, the AOA urged the new administration to amend the current COVID-19 Public Readiness and Emergency Preparedness (PREP) Act declaration to recognize that all doctors of optometry can administer vaccines. Citing how the national strategy for COVID-19 response appeals for an expansion on the range of health care workers to administer vaccines, the AOA advocated that doctors of optometry stand ready to assist.

Overall, more than 90% of the Medicare beneficiary population—those most at-risk for COVID-19 complications—live within 15 minutes of a doctor of optometry, and at least 19 states already authorize optometry to administer injections. In another 22 states, doctors of optometry are authorized to provide anaphylaxis through injection.

“As your team works to amend the PREP Act and to develop recommendations for states, we respectfully request that the Administration specifically note the role that doctors of optometry stand ready to play in bolstering the vaccination workforce,” reads the letter, signed by AOA President William T. Reynolds, O.D.

“Doctors of optometry have played a frontline role throughout the pandemic and will continue to do so.”

Only days before, the AOA also sent a letter to congressional leadership that similarly reinforced the critical role that optometry can play in the COVID-19 vaccination rollout. As Congress continues to prepare and debate legislation addressing the public health emergency, the AOA requested formal recognition of those doctors currently unable to provide vaccinations in order to help expand the number of qualified professionals able to quickly and safely administer the vaccine.

Concurrently, affiliates continue their work with state administrations to underscore optometry’s utility in the vaccination campaign, as well as to ensure all doctors of optometry are able to receive their vaccinations. Given the localized and developing nature of these efforts, the AOA offers new tools and resources to support optometry’s COVID-19 vaccination advocacy.

On Thursday’s #AskAOA webinar, AOA volunteers will provide an update on state efforts to vaccinate doctors of optometry, as well as focus on the scope implications of gaining vaccination authority. Joining the call is pharmacist Jason Wong, PharmD, to describe the current training related to vaccinations for pharmacists and provide a basic overview of requirements for those who provide immunization services, including safe administration of subcutaneous injections, legal and regulatory compliance standards, and where to seek the latest vaccine information.

Access the full library of #AskAOA updates on COVID-19 and other pertinent webinars through the EyeLearn Professional Development Hub, the AOA’s member-exclusive, centralized education platform.

Additionally, the AOA created a new fact sheet, titled, “Doctors of Optometry and Vaccine Administration: The Facts,” to bolster awareness of optometry’s abilities and utility for augmenting available vaccinators at such a critical point in the pandemic response.