July 19, 2021
Regulators have taken a “hands-off” approach to this key ACA provision for a decade, but now members of Congress encourage full implementation of the law as originally intended. 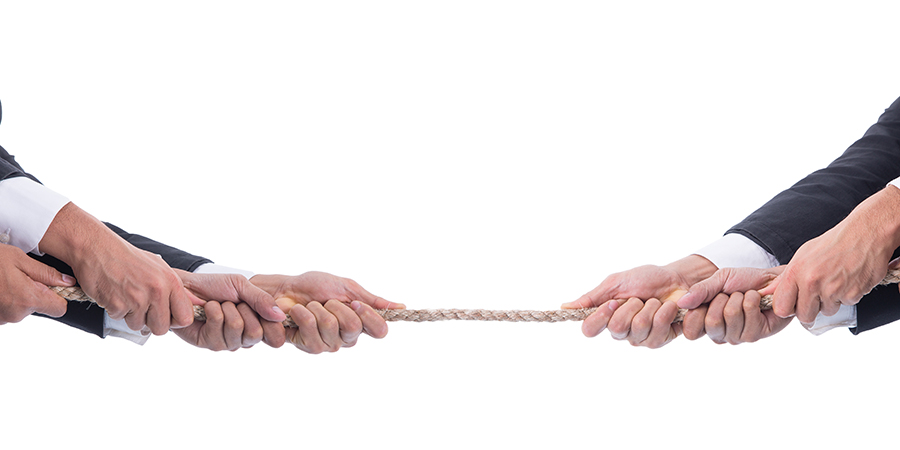 In a July 9 letter issued to the secretaries of Health and Human Services (HHS), Labor and Treasury, nearly two dozen members of Congress wrote in support of Section 2706(a) of the Public Health Service Act, also known as the Harkin Law, and a provision backed by the AOA and passed as part of the Consolidated Appropriations Act of 2021 that directed the departments to issue rules fully implementing the law by Jan. 1, 2022. Further, lawmakers urged administration officials to fully recognize Congress’ intent with the provider nondiscrimination law when originally passed as part of the Affordable Care Act (ACA) in 2010, especially given the lack of federal enforcement of the section since its enactment.

“This provision is an important patient safeguard aimed at ensuring access to needed care and an ability to seek care from the provider of their choice,” reads the letter, headed by House Energy and Commerce Committee member Rep. Kurt Schrader, D-Ore. “We respectfully ask that you work with Congress and other stakeholders to develop a proposed rule that more accurately reflects the language found in the law and the intent of Congress … and, just as importantly, implement a timely and effective means by which Section 2706(a) may be enforced.”

Section 2706(a) addresses insurers’ suppressing subscriber utilization by limiting patient access to covered services provided by entire categories of providers, including doctors of optometry, practicing within the bounds of their state scope of practice. Specifically, the law states that insurers “offering group or individual health insurance coverage shall not discriminate with respect to participation under the plan or coverage against any health care provider who is acting within the scope of that providers’ license or certification under applicable state law.”

The members of Congress emphasize that Section 2706(a) is a necessary part of an appropriate balance between patients, providers and insurers, and that appropriate and full implementation is justified. The letter notes that by prohibiting the exclusion of non-MD/DO providers from insurance networks based solely on the provider’s licensure, this provision promotes competition, choice and access to high-quality health care.

Throughout health reform discussions in 2010, the AOA fervently advocated for provider nondiscrimination language to help combat growing instances of plan discrimination and ultimately succeeded when the provision was included as part of the insurance market reforms included in the ACA. Yet, since its enactment, federal agencies have largely taken a “hands-off” approach to enforcement, prompting the AOA to continue fighting for full enforcement of the language as intended by Congress.

Such is the case, the AOA achieved a significant victory for the provider nondiscrimination law in December 2020 when Congress included full implementation language as part of the “No Surprises Act,” a measure protecting patients against surprise medical billing. Later folded into the Consolidated Appropriations Act that became law, the provision directed the HHS to begin rulemaking to fully implement Section 2706(a) no later than Jan. 1, 2022, as well as issue a final rule no later than six months after the proposed rule.

Then in May, optometry’s advocates participating in the Virtual AOA on Capitol Hill championed the need for full implementation of Section 2706(a) in over 300 congressional meetings with lawmakers and their staffs. Advocates argued that increasing examples of access restrictions makes it clear vigorous enforcement is necessary—and Congress agreed with these appeals.

“The AOA fought for this law to help combat growing instances of health plans refusing to credential doctors of optometry or treating doctors of optometry differently than ophthalmologists when providing the same care,” noted AOA Federal Relations Committee member Deanna Alexander, O.D., during a Virtual AOA on Capitol Hill issues briefing. “But, with continued discrimination, Congress and the AOA are simply not going to wait around anymore for regulators who have continued to drag their feet. We and lawmakers are not going to stop until this law fully works as intended.”

Even before the Jan. 1, 2014, enforcement date for Section 2706(a), department-issued sub-regulatory guidance about the law’s specifics sowed confusion and undercut the law itself.

Initially, the HHS, Labor and Treasury departments issued an FAQ document in 2013 that strayed from the original intent of Section 2706(a) and suggested insurers could avoid compliance by relying upon so-called “medical management techniques” or “market standards and considerations” for reimbursement. The AOA argued this flawed guidance deviated from the Harkin Law and quickly garnered Congressional support for repealing the faulty FAQ.

Later that year, the Senate Committee on Appropriations formally logged concerns with the departments’ guidance and instructed them to issue a new FAQ, noting: “Section 2706 was intended to prohibit exactly these types of discrimination. The Committee believes that insurers should be made aware of their obligation under Section 2706 before their health plans begin operating in 2014.”

In 2015, the Centers for Medicare & Medicaid Services (CMS) withdrew and replaced the misleading FAQ with one containing a more realistic standard for Section 2706(a). However, the departments took a position that they “will not take any enforcement action” with respect to Section 2706(a) “as long as the plan or issuer is using a good faith, reasonable interpretation of the statutory provision…”

Therefore, optometry’s advocates are determined to ensure the law works as intended by Congress and as is needed by tens of millions of patients across the country.

Defending the rights of doctors of optometry to practice full-scope optometry, as well as preserving patients’ access to that level of primary eye health care, is central to the AOA. Members can help the AOA continue to lay this formidable foundation for optometry’s priority issues by getting involved and helping keep momentum up. Here’s how: