October 22, 2020
Over 7,400 individual constituent letters were sent via AOA’s Action Center and countless phone calls placed to senators’ offices, in what represents the AOA’s largest advocacy campaign in recent history. 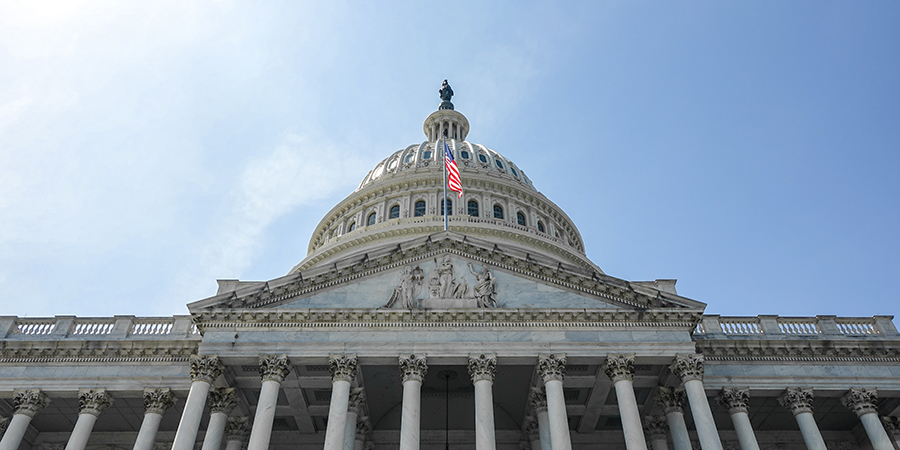 The Contact Lens Rule Modernization Act (S. 4613), a bipartisan legislative fix to the Federal Trade Commission’s (FTC’s) flawed rule changes that took effect Friday, Oct. 16, is gaining new senatorial support at the insistence of doctors of optometry, practice staff, students and patients who answered the AOA’s call in a record show of support. In only a few weeks, over 7,400 individual constituent letters were sent via AOA’s Action Center and countless phone calls placed to senators’ offices, in what represents the AOA’s largest advocacy campaign in recent history.

“It’s clear from this overwhelming and unified response that our profession demands to be heard in this debate, if not by the federal regulators who have imposed on our small health care practices burdensome and costly mandates—in the middle of a global pandemic no less—then by our elected representatives who have approached this issue from a place of reason,” says William T. Reynolds, O.D., AOA president.

“This regulation is unneeded and serves no purpose other than being a punitive action against the profession. To be successful in this fight, we must build on that already record response from our advocates and keep moving forward.”

Introduced by Sens. John Boozman, O.D., R-Ark.; Roger Wicker, R-Miss.; Rand Paul, M.D., R-Ky.; and James Inhofe, R-Okla., S. 4613, would remove the prescription paperwork mandate and replace it with a requirement that doctors instead post a sign notifying patients of their right to a contact lens prescription copy—as is current law in California. The bill would also eliminate problematic automated prescription verification calls, often referred to as “robocalls.”

While the Senate is expected to soon recess ahead of the 2020 general election, optometry’s advocates are encouraged to keep the momentum going and continue urging their senators to co-sponsor this bill. Consider acting now to support AOA’s advocacy:

On Friday, Oct. 16, contact lens prescribers nationwide were required to begin maintaining a paper trail to document patient receipt of their contact lens prescriptions and keep those documents on file for at least three years. It’s a costly “solution in search of a problem” that could add nearly $13 million in new compliance costs annually, by the commission’s own estimate, or upward of $18,000/year per small health care practice. And, as the AOA and advocates have warned repeatedly, the burdensome new measures far outbalance the scope of any “problem.”

In fact, the FTC’s own data shows that out of an estimated 200 million contact lens prescriptions issued over a five-year period, only 309 complaints were received by commissioners. Of those, the FTC issued only 45 letters of warning regarding potential violations.

Since 2016, the FTC has ignored the concerns of the AOA and doctors of optometry, ophthalmologists, public health and consumer advocates, and a bipartisan group of more than 150 U.S. House and Senate leaders as expressed in thousands of public comments, numerous congressional and advocate sign-on letters, reports and public education workshops, and congressional appropriations language passed seven different times in the past four years. Despite this chorus of patient health and safety experts, the FTC published a final rule in June that unnecessarily burdens prescribers with scant evidence to its necessity.

“Now, after five years of discussion and the FTC openly admitting that there was only a fraction of a fraction of a percent of complaints from citizens, they have put a burdensome new regulatory requirement in place during a pandemic,” says Joe Ellis, O.D., AOA-PAC chair and a practitioner in Kentucky.

“More unnecessary regulations to implement during an already stressful time for our staffs and patients—this could not have been worse timing for practices.”

Like other optometry practices nationwide, the COVID-19 public health emergency has placed an extra strain on Dr. Ellis’ resources, including the extra costs, time and procedures necessary to keep the practice safe for patients. All the while, some doctors of optometry report an estimated 20% or more year-over-year reduction in patient visits even after the gradual relaxing of state and federal public health guidance.

Still, optometry practices have remained open despite the challenges, providing routine care that includes comprehensive eye exams for the purpose of contact lens prescribing and fitting. But even then, loopholes in the Contact Lens Rule provided an opening for sellers to skirt patient health and safety protections; the latest rule changes still leave many of these unresolved.

The FTC’s latest rule changes don’t go far enough to counter these safety concerns, and only serve to perpetuate continued frustration and confusion among doctors and their patients.

In the meantime, Dr. Ellis said his office has had to redesign their patient portal and EHR to store the required forms and had to explain the paperwork with patients who were confused as to its necessity.

“After the preparation and cost, it is frustrating to think that some simple signage could have accomplished this same goal,” Dr. Ellis says. To boot, new rule requirements don’t seem to have been so ubiquitously implemented by sellers yet: “We’re still getting ‘robocalls’ that are unintelligible from online contact lens marketeers.”