January 4, 2018
AOA thanks doctors of optometry for support, renews effort to educate and earn congressional support in 2018. 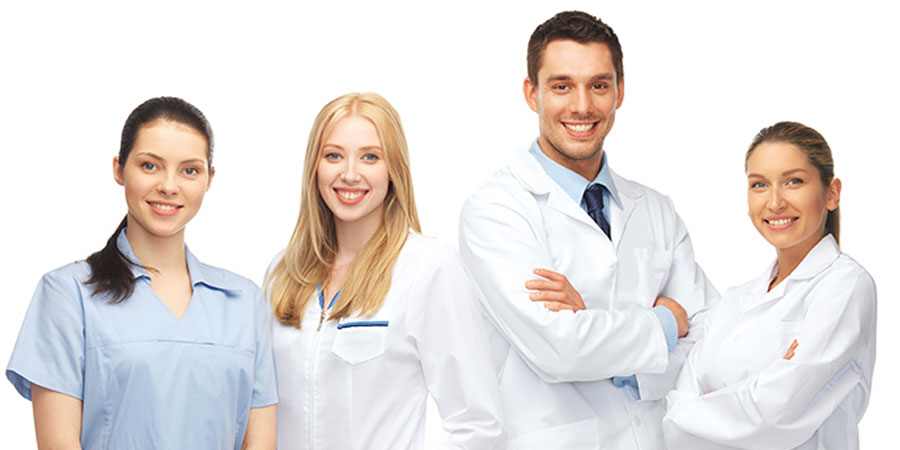 The New Year begets a renewed, unrelenting push by the AOA and its partners for passage of the Dental and Optometric Care (DOC) Access Act—priority legislation that aims to level the playing field for patients and their doctors by targeting anti-patient and anti-competitive health insurance and vision plan abuses.

Now, more than ever, it is important for AOA members to be engaged with their congressional leaders to educate them about the importance of this bill and the positive results it will have for patients.

Designated H.R. 1606, the DOC Access Act was reintroduced in March 2017 and again championed by lead sponsors U.S. Reps. Earl L. "Buddy" Carter (R-Ga.) and Dave Loebsack (D-Iowa), prominent members of the House Committee on Energy and Commerce. Thanks to AOA-member advocacy, the bill finished 2017 with its highest level of bipartisan support yet—winning over a healthy 67 co-sponsors to date despite health and vision plan lobbying efforts to derail it.

H.R. 1606 aims to help spur more competition in the vision coverage market while prioritizing the preservation and protection of the doctor-patient relationship. The legislation seeks to ensure doctors and patients, not insurance and plan executives, are at the center of important health care decision-making.

AOA President Christopher J. Quinn, O.D., says, "This legislation is critically important to our profession. It addresses many of the abuses of health and vision plans, and we will continue to aggressively pursue it.

"Thanks to the great work of Reps. Carter and Loebsack, as well as our friends at the American Dental Association, HR 1606 has reached a tipping point where House leaders are beginning to discuss possible action on the bill in 2018," Dr. Quinn says. "Now, more than ever, it is important for AOA members to be engaged with their congressional leaders to educate them about the importance of this bill and the positive results it will have for patients."

H.R. 1606, supported by the AOA, would complement state-level efforts by disallowing detrimental polices by ERISA and other federally regulated vision and health plans, including:

Those vision and health plans abuses are distorting the market and impinging on doctors and patients' ability to make decisions based on the health care needs of patients, the AOA argues. An Avalon Health Economics study presented on Capitol Hill in April 2016 showed that the policies called out in H.R. 1606 are "not the kind that's good for consumers—they are the kind designed to transfer operating margins from providers to plans without benefitting consumers."

Since H.R. 1606 was introduced, the AOA and its members have undertaken a nonstop effort to build support for the legislation by educating legislators and their staffs. That has meant countless meetings, phone calls, emails and most importantly grassroots advocacy by doctors of optometry, who are the best advocates for the profession and patients. Legislators want to hear firsthand from their constituents—doctors of optometry telling their own powerful stories about how the bill might impact small business and residents in their districts.

"Nothing is more powerful in moving legislation forward than contact between a legislator and a constituent," says Clarke Newman, O.D., chair of the AOA Federal Relations Committee (FRC). "Face to face is best, but don't underestimate the power of a phone call or an email.

"Talk to the staff; take the initiative to educate yourself first (using the AOA and your state affiliate as a resource), and then help animate the issue for the staff," Dr. Newman adds. "The DOC Access bill will directly improve the lives of your patients and help your practice at the same time. AOA staff and your FRC volunteer team can lay a foundation, but we need all of our members to help us get this bill across the finish line."

The AOA appreciates the support of legislators who have signed on as co-sponsors. As sponsor of H.R. 1606, Rep. Carter, for instance, met with several doctors from southeast Georgia at a roundtable in November to listen to their concerns and discuss his desire to see the bill move through Congress.

What doctors of optometry can do

Seeking to capitalize on past momentum, the AOA is asking member doctors to:

AOA President Robert C. Layman, O.D., underscores AFOS and AOA support for national practice standards that allow doctors of optometry to operate “at the top of their license and training” and don’t limit veterans’ access to essential eye and vision care.