April 12, 2018
Doctors of optometry and advocates have maintained a relentless national effort to change the tide and urge the FTC to make patient safety a priority and focus regulatory efforts on cracking down on illegal contact lens sales. 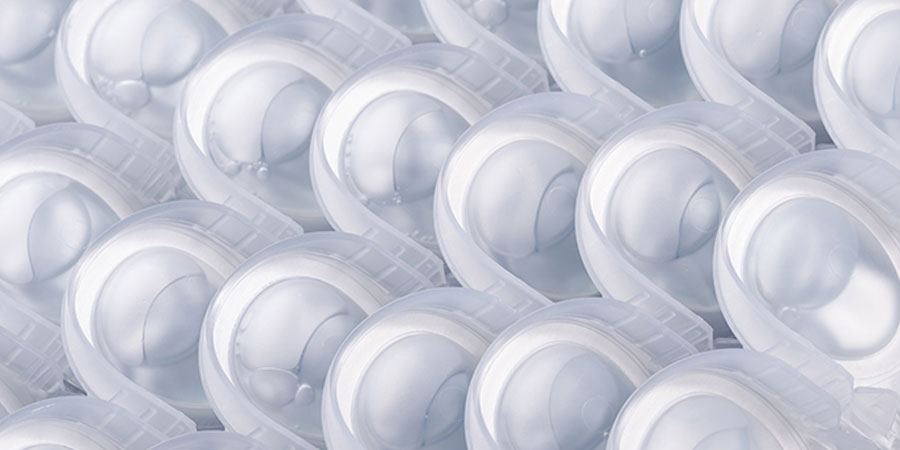 Not a group to take issues sitting down, the American Optometric Association (AOA), state associations, doctors of optometry and advocates have maintained a relentless national effort to change the tide and urge the Federal Trade Commission (FTC) to make patient safety a priority and focus regulatory efforts on cracking down on illegal contact lens sales. In the final push to submit comments by the public closing on Friday, April 6, AOA President Christopher J. Quinn, O.D., called on all doctors and advocates to compel the agency to abandon its harmful mandate, first proposed in 2016.

And the response was loud and clear: a regulatory attack on doctors that ignores the online retailers who have been found to be lowering quality care standards for medical devices and placing the public needlessly at risk is unacceptable.

AOA and state associations have repeatedly told the FTC that their contact lens paperwork proposal is a misguided effort that will impose compliance costs of more than $18,000 on small and mid-sized practices. Instead, agencies with enforcement authority need to prioritize patient safety and crackdown on illegal sales.

The AOA has long maintained that the FTC's Contact Lens Rule changes weaken the doctor-patient relationship, place needless, burdensome requirements on America's eye doctors and ultimately ignore the clear and present threat posed by those online contact lens retailers who are subverting the current laws.

AOA's April 6 formal comment letter to the FTC reinforced the need to focus on protecting patients from harm and expressed concern that the FTC has not made the effort to consider ways to ensure contact lens seller compliance. Instead, the agency continues to focus on prescribers despite the lack of evidence to support the proposed mandate.

Building on this incongruency, through the process, the AOA has expressed concerns, and reinforced them within the public comments, that the FTC has "adopted a recommendation made by 1-800 CONTACTS, a company that has a concerning record of business practices and may be motivated by a desire to discourage in-person eye exams and drive patients to their own products."

The company suggested the contact lens paperwork proposal in their 2017 comments to the FTC, a recommendation that "may be anticompetitive, similar to other actions designed to reduce patient choice, raise costs, and mislead the public."

Mark Kleindorfer, O.D., of Granite City, IL added his voice to AOA's, state affiliates and the numerous doctors of optometry from across the country who came out in force and submitted comments by the April 6 deadline. "Despite the unfounded claims being made by paying consultants there is no reason to continue with the proposed rule. I urge you to listen to the nation's eye doctors and public health experts in recognizing contact lenses as a medical device and by joining with the Food and Drug Administration (FDA) and the Centers for Disease Control (CDC) in making quality care and patient health and safety a priority in Washington, DC."

AOA and advocates have tirelessly worked to educate lawmakers and ensure this mandate is abandoned altogether. Due to these efforts, more than 70 U.S. Senators, House members and Congressional committees have weighed in, offering a powerful and bipartisan message of support for the AOA and optometry. In addition, because of optometry's role in providing essential care in communities across the country, a growing number of policy experts and consumer advocates are joining to demand that the FTC get its priorities in order and start putting the recognized standard of care and the doctor-patient relationship first.

Last month, more than 60 AOA-member doctors and future doctors of optometry, representing the more than 41 million contact lens patients across the U.S., descended on Washington, D.C., to make optometry's message heard loud and clear to the FTC.

"Doctors will not stand for companies undermining patient health," says AOA President Christopher J. Quinn, O.D. "We are following the law and want government agencies to look at verifiable data and take action against the real problem at hand—online retailers who are using deceptive sales tactics and placing the public needlessly at risk."

Former FTC Commissioner Andrew J. Strenio further built on AOA's concerns coming out of the workshop, requesting "careful scrutiny of certain statements made during the—workshop about 'investigations' of compliance by California optometrists with that state's requirements of signage notifying patients of their right to receive a copy of their contact lens prescriptions."

While the AOA has shared an alternative to the FTC's proposed mandate, signage in doctors' offices making patients aware of their rights, the proposal's efficacy was called into doubt by the Commission and consumer advocacy group, Consumer Action. Mr. Strenio's letter details the AOA's concerns regarding each of the discussed tests.

While the FTC mulls its final decision on the Contact Lens Rule proposal, AOA and affiliates will continue to advance contact lens patient health and safety, and to ensure this harmful mandate is abandoned altogether. On April 22-24 in Washington, D.C., optometry's advocates will place a major focus on patient contact lens health and safety during AOA on Capitol Hill 2018.