September 16, 2021
Congress’ Sept. 15 deadline for bill language passes with lawmakers backing key guardrails that AOA’s advocates say must be in place for a workable benefit. Yet, price tag developments may forestall efforts. 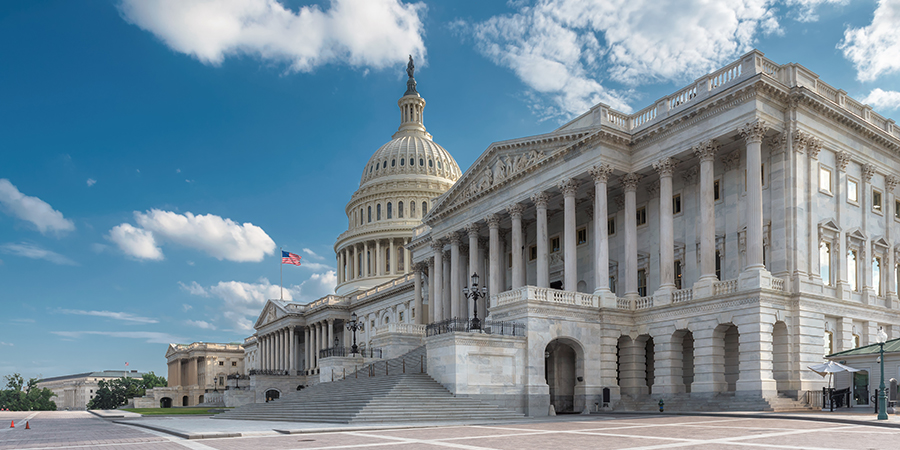 Even as fresh doubts over cost bedevil the Medicare expansion debate on Capitol Hill, a key deadline arrives with Congressional committees including many AOA guardrails in draft language describing new vision benefits.

As of Sept. 15, the date of a self-imposed deadline for select U.S. Senate and House committees to submit their proposed bill language for a historic Medicare vision, hearing and dental coverage expansion, supportive majorities in Congress released their intentions for carving out new vision coverage from the $3.5 trillion budget reconciliation bill. That largely partisan effort does face tough criticism and resistance in Congress, including late-breaking developments that now present a considerable hurdle with funding any benefits expansion at all.

But for its part, the AOA—while not instigating deliberations on a new Medicare vision benefit—is committed to ensuring that should any benefit expansion come to pass, it would work for both doctors of optometry and their patients. Toward that end, preliminary House language that underwent committee markup this week initially proved favorable to many of AOA’s “guardrails” for new vision coverage, including precluding vision discount plans’ oversight, limiting mass retailers’ influence, underscoring optometry’s physician role and preserving the doctor-patient relationship.

The nearly identical language put forth in both the House Ways and Means, and the Energy and Commerce Committees’ drafts defines coverage for routine vision services and a new materials benefit that would preliminarily begin on Oct. 1, 2022. The House committees’ draft language outlines specific requirements, including that:

As written, the committees’ draft language defines a two-year frequency for the routine vision service and materials benefit, despite AOA educating lawmakers about concerns that a biannual benefit may undermine public health messages encouraging plans to cover—and patients to seek—annual eye exams. Similarly, the House versions outline materials allowances of $85 for frames and $85 for lenses, or $85 for contact lenses, every two years. Additionally, neither version includes language addressing the low-vision device exclusion despite the AOA’s insistence on closing this gap.

The AOA and optometry’s advocates continue to advocate these latter points prior to a full vote in the House, likely later in September. Separately, the Senate Finance Committee is expected to release its own draft language for a Medicare benefits expansion, yet that version had not been released as of the Sept. 15 deadline.

Such is the case, new developments in the committee markup process this week may forestall expansion of Medicare benefits altogether. Concurrent to the House Ways and Means Committee approval of the draft language expanding Medicare on Wednesday, a trio of key committee members scuppered a provision to allow drug-pricing negotiation in favor of an alternative plan. The drug-pricing measure would have offset some $700 billion over a decade, adding to strong headwinds against Medicare expansion.

While the AOA did not initiate Congress’ Medicare expansion efforts, the AOA is determined to shape any legislation by reinforcing the highest standards and value of primary eye health care delivered by doctors of optometry. Throughout this process, the AOA has relied upon the basic guardrails outlined in member feedback as part of its Special Advisory Group on Medicare Expansion. The series of townhall-style webinars—three in as many weeks prior to the Sept. 15 deadline—have proved invaluable to aligning the AOA’s advocacy on behalf of the profession and mobilizing optometry’s advocates to keep members of Congress apprised of what’s at stake with any potential vision benefit expansion.

In fact, AOA President Robert C. Layman, O.D., took a moment in Monday’s special advisory group teleconference to frame the “weedy” policy discussions and emphasize that members of Congress are actively discussing the toll of seniors’ unaddressed eye health and vision care. Noting how 43% of Medicare beneficiaries with trouble seeing lacked an eye exam in the past year, Dr. Layman said Congress’ growing understanding of the costly health outcomes and diminished quality of life from vision loss is critical.

“At the heart of it, we now have a greater recognition in Congress regarding the tremendous value of comprehensive eye care,” Dr. Layman said, acknowledging the years of grassroots involvement from optometry’s advocates that laid groundwork for these conversations.

“But while this increasing recognition by members of Congress regarding the value of the care we provide is positive, that in itself, is simply not enough. If Medicare benefits are expanded and legislation ultimately passes, the care that doctors of optometry provide must be appropriately reimbursed and doctors must retain autonomy to care for patients in the manner that best meets the patient’s unique needs.”

On Monday’s special advisory group call, Dr. Layman also provided updates on the legislative draft process. He underscored positives in the House language; namely, that the benefit remains “squarely” in traditional Medicare, as well as keeping the materials benefit under DME to prevent disreputable retailers from taking advantage of seniors and how language specifically indicates that any new vision benefit may only be provided by a doctor of optometry or ophthalmologist.

Additionally, Dr. Layman addressed concerns that any new vision benefit might “sweep up” certain categories of care already provided to Medicare beneficiaries, i.e., low-vision refractions or specialty contact lenses, and ultimately discounted. He noted Congress’ goal is to create a benefit for routine eye care and that a new benefit would only be covered when using a comprehensive exam code, in addition to the refraction and an appropriate Z code is used.

Should legislation progress to the regulatory phase, Dr. Layman explained, the AOA would advocate with the Centers for Medicare & Medicaid Services (CMS) that exams or refractions outside of the typical Z code would likewise fall outside of the new routine vision care benefit. Those doctors who provide more comprehensive refractions for low vision, or work in specialty contact lenses, would report to Medicare as they’ve done in the past.

Even as developments in the benefit drafting process continue to play out in Congress, Stephen Montaquila, O.D., AOA Federal Relations Committee member, said it’s important that doctors remain involved and continue connecting with their legislators to ensure optometry’s voice is heard on this important conversation.

“One thing that is non-negotiable is that every doctor of optometry is an expert in eye care,” Dr. Montaquila said. “This issue can create an opportunity for relationship building, which is so critical for other legislative efforts for optometry.”

To ensure optometry’s physician role is respected and the value of care you provide is understood, the AOA calls on members to bolster the AOA’s advocacy efforts. Here’s how you can act:

For more information about AOA’s Medicare advocacy or to report on the responses you’ve received from members of Congress, please contact AOA advocacy at advocacy@aoa.org.

Visit the AOA’s Action Center to engage priority advocacy issues, such as the Medicare benefits expansion debate, and help build the support in Congress needed to keep optometry’s voice heard.