February 3, 2022
The DOJ, FTC action reflects a sustained, years-long effort by the AOA, state associations and doctors nationwide to gather and report on threats posed by unscrupulous contact lens sellers. 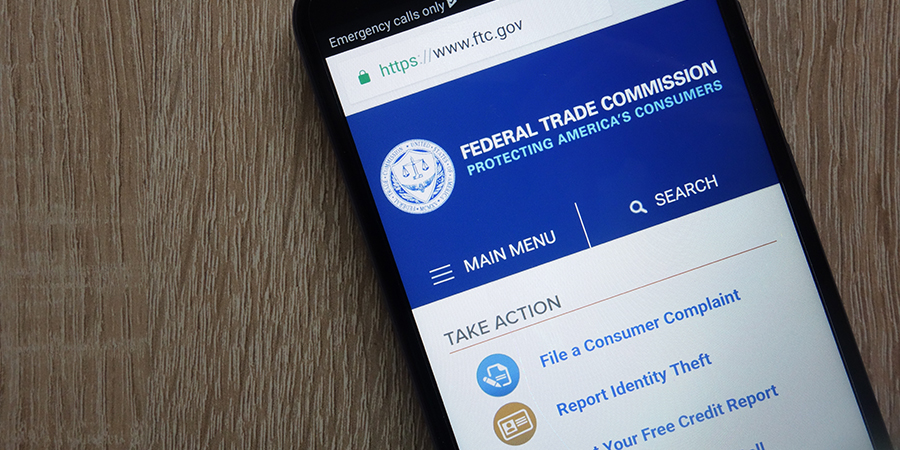 On Jan. 28, the Department of Justice (DOJ) and Federal Trade Commission (FTC) announced the government will collect $1.5 million in civil penalties, $2 million in consumer redress and subject the online contact lens seller, Vision Path, Inc.—doing business as Hubble Contacts—to ongoing compliance monitoring and a full range of operating restrictions as part of a settlement to resolve allegations the company repeatedly violated the Fairness to Contact Lens Consumers Act (FCLCA), the Contact Lens Rule and the FTC Act. This result reflects a sustained, years-long effort by the AOA, state affiliates and member doctors nationwide to gather and report on patient health and safety threats posed by unscrupulous contact lens sellers.

“The federal government’s investigation and enforcement action against Hubble Contacts is absolutely warranted and reinforces the concerns AOA and doctors have consistently asserted with federal agencies, legislators and the media since the company’s inception,” says AOA President Robert C. Layman, O.D. “On behalf of doctors of optometry and our patients, the AOA will continue to work with government officials to hold illegal medical device sellers fully accountable.”

The federal complaint, filed in the U.S. District Court for the District of Columbia, alleges that Hubble Contacts sold contact lenses online without verifying customers’ prescriptions; substituted its own brand of lenses for those originally prescribed by customers’ eye doctors; and falsely represented that it obtained independent consumer reviews of its products and services, when in fact, the company compensated for favorable reviews and included reviews written by people with direct connections to the company.

Nationwide, doctors of optometry repeatedly reported many of these same concerns to federal enforcement agencies and the AOA, even as market regulators spent years reviewing the very legal requirements Hubble Contacts is accused of violating. In addition to submitting these reports of alleged violations with the DOJ and FTC, the AOA remained in frequent contact with these agencies to encourage an investigation and hold bad actors accountable.

In 2017, the AOA initially requested an investigation from the DOJ, FTC and U.S. Postal Inspection Service on suspected violations of the Racketeer Influenced and Corrupt Organizations (RICO) statute, FCLCA and Contact Lens Rule, and mail fraud, respectively. The AOA also requested additional information from the Food and Drug Administration (FDA) over a warning letter the agency sent to Hubble Contacts’ lens manufacturer, St. Shine Optical, for facility and manufacturing violations, as well as flagged a statement on Hubble Contacts’ site that claimed such lenses were not significantly different than other popular U.S. brands.

In the years since, the AOA has repeatedly emphasized Hubble Contacts’ seeming lack of regard for patient health and safety, as well as consumer protection laws. Those concerns culminated with comments submitted by the AOA during the FTC’s Contact Lens Rule review, citing doctors’ reports of apparent violations and the need for greater enforcement action against online contact lens retailers.

“The findings by the Federal Trade Commission on Hubble’s dangerous and reckless business practices are deeply troubling, especially as they severely compromised patient health and vision safety for years,” notes David Cockrell, O.D., Health Care Alliance for Patient Safety (APS) chair. “We appreciate the Federal Trade Commission’s thorough investigation into this clear violation of the Contact Lens Rule, but this case makes it clear that immediate congressional action is needed in order to fix the broken, passive verification process that allowed for Hubble to continue sending inaccurate and unverified prescriptions to patients for years.”

Per the complaint, until the FTC began investigating, the direct-to-consumer (DTC) online contact lens vendor did not request copies of customers’ contact lens prescriptions and typically offered no means for allowing customers to provide those. Therefore, Hubble Contacts could act as if it were unaware customers had prescriptions for other brands of lenses, the complaint states, then contact the prescribing physician to seek verification for Hubble lenses. Regulators note the prescription verification system was “difficult, if not impossible, for prescribers to verify whether a patient’s prescription information was correct, or to deny such verification if it wasn’t … [and] in some cases, no verification calls were made by Hubble at all.” Additionally, the complaint alleges Hubble Contacts misled customers into believing they would receive lenses prescribed by their physician.

The $3.5 million penalty and redress that Hubble Contacts agreed to represent the largest-ever fine related to Contact Lens Rule violations, the FTC notes. Additionally, Hubble Contacts must directly communicate to its customers that, “you may have received Hubble contact lenses that were not fit on your eyes or prescribed. The FTC says that [Hubble] may not have properly verified your prescription with your doctor before sending you contact lenses.” The messaging also reiterates the consequences of wearing lenses not specifically prescribed by the patient’s eye doctor.

Mike Stokes, J.D., AOA general counsel, notes that the record-setting financial penalty against Hubble Contacts shouldn’t be the only topline that patient-health advocates take away from this federal action. Stokes has led the AOA legal team’s response to Hubble Contacts’ own legal tactics, attempting to impede accountability and silence the AOA and concerned doctors.

“Although the immediate financial penalty imposed on Hubble is notable, the real strength of the government’s order is that it expressly prohibits the company from engaging in an array of illegal activities, including deceptive sales tactics and systemic violations of the Contact Lens Rule, the FCLCA and the FTC Act,” Stokes says. “The company must now submit to ongoing compliance monitoring by the FTC to ensure that it complies with the provisions of the court’s order.”

The settlement agreement comes only weeks after the Government Accountability Office (GAO) accepted a Congressional call to review the federal regulation of DTC advertising practices for prescription medical devices, specifically noting contact lenses and citing media reports of Hubble Contacts’ alleged violations. The call originated from nearly two dozen leading members of Congress with support from the AOA and a coalition of consumer and health care organizations.

Together with the AOA Board of Trustees, Dr. Layman also acknowledged the steadfast, pro-patient advocacy by the APS, of which the AOA, Johnson & Johnson Vision and EssilorLuxottica are active as the leadership partners and CooperVision and Alcon are active at the associate level, and the National Consumers League (NCL) in keeping a constant chorus against unscrupulous contact lens retailers.

For its part, the NCL also applauded the investigation and enforcement action against Hubble Contacts and noted the penalties should serve as a warning to other companies.

“The NCL has been at the forefront of efforts to get Congress and federal regulators to crack down on companies that deceptively market to consumers and illegally substitute their contact lenses in place of those originally prescribed by a patient’s eye doctor,” noted NCL Executive Director Sally Greenberg in a statement.

“Consumers are best served when they work with their health care providers to ensure the most appropriate and safest use of FDA-regulated medical devices, like contacts lenses. We are grateful to the DOJ and the Consumer Protection Bureau at the FTC, which led this effort, for their rigorous enforcement of consumer protection laws. While this is an important development, violations of the Contact Lens Rule continue. We will continue to press Congress and federal agencies to ensure that the CLR is being implemented and enforced as Congress intended.”

Contact lenses are a safe, effective vision correction option when worn and cared for properly. However, poorly fitting or improperly used contact lenses can result in serious eye health and vision complications, which is why these U.S. Food and Drug Administration (FDA)-regulated medical devices require oversight and prescription from an eye doctor as outlined by the FCLCA and Contact Lens Rule.

The AOA takes seriously its central mission not only serving as a reliable public resource on issues affecting Americans’ eye health and vision care, but also helping doctors safeguard their patients’ eyesight. In addition, the AOA regularly meets with federal officials to urge that more be done to crack down on dishonest internet and unconventional DTC sellers—and these efforts are always informed and bolstered by reports the AOA receives from doctors nationwide.

Better documentation of illegal contact lens sales helps the AOA build a case for increased enforcement by federal regulators, such as the FTC, DOJ and FDA. Here’s how doctors can report illegal sales or adverse events related to contact lenses:

Additionally, doctors are encouraged to complete and share this survey with the AOA on illegal and unsafe contact lenses or business practices. Such information helps the AOA better advocate for improved laws and regulations that better protect patients.

Suspect an FCLCA or Contact Lens Rule violation? Complete the form below. Your reporting can help inform the fight against illegal and unsafe sales of medical devices, such as contact lenses and eyeglasses.