Medicare expansion: The long road to here and now

October 13, 2021
Current debate on Medicare benefits expansion offers a moment to look back on similar points in time when federal action intersected the profession—and how the AOA advocated for you. 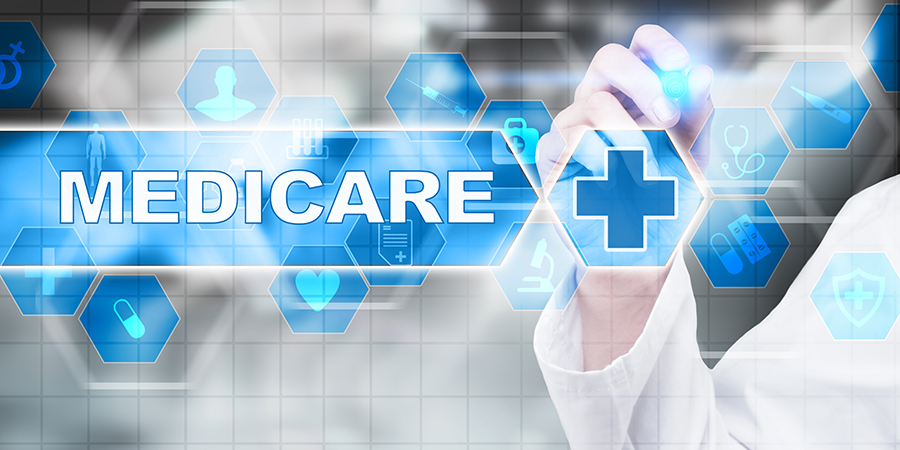 Nearly a month after a self-imposed deadline for select U.S. Senate and House committees to submit their proposed bill language for a Medicare vision, hearing and dental coverage expansion, supportive majorities in Congress and the White House still have yet to determine whether the program overhaul is even feasible. Cost remains a crucial sticking point with opposition amassing beyond Capitol Hill, too.

Although House committees released their framework for creating new vision coverage as part of the $3.5 trillion budget reconciliation bill largely along the guardrails the AOA ascribed, a Senate version is still yet to be released.

Such is the case, the AOA is committed to ensuring that should any benefit expansion come to pass, it would be workable for doctors of optometry and their patients. While the AOA did not instigate Congress’ deliberations on a new Medicare vision benefit, optometry’s advocates are determined to shape its outcome as opposed to allowing others to define how doctors of optometry practice.

“Today, we have yet another opportunity to positively and proactively affect the course of this discussion about the creation of a new vision service and materials benefit for our nation’s seniors,” says AOA President Robert C. Layman, O.D. “There is a fine balance that Congress must get right as we know this level of care could benefit our aging patients’ health and wellbeing greatly but also could just as easily miss that mark if doctors’ concerns are not properly addressed.

“We are looking at a potentially historic moment for our profession to define what a regular vision benefit should look like rather than having it defined for us.”

This isn’t the first time history intersected optometry. Look back at other major milestone moments where federal action affected the profession and how the AOA successfully advocated for doctors.

The U.S. health care system’s single-most significant regulatory overhaul and coverage expansion since the enactment of Medicare in 1965, the Patient Protection and Affordable Care Act (ACA) of 2010 also represented a paradigm-shift moment ushered by the White House and allies in Congress. The ACA reshaped Medicare and other federal health programs to bolster patient access and care, as well as imposed new requirements on insurers.

Recognizing the implications of such sweeping legislation, the AOA advocated for a number of provisions aimed at expanding access to optometric care, not the least of which was the specific designation of vision care for children as an essential health benefit. In this fight, Rep. Bill Pascrell, D-N.J., successfully championed this special designation, which ensured that:

In taking this action, the administration accepted the AOA’s longstanding position on healthy vision for America’s children and rejected opponents who wanted pediatric vision care to be based on a screening or limited to an element of well-childcare.

“Our organization mobilized as never before to become a force in the Washington, D.C. battle over national health care reform, and the AOA-backed patient access provisions included in the final bill show it,” said then-AOA President-elect Joe Ellis, O.D. “I’m proud of the role optometry has played in making vision care for kids an essential health care benefit. [And] I’m proud, too, that millions more Americans will gain access to their local doctor of optometry because federal law will now target the discriminatory practices of health plans.”

Pediatric eye care wasn’t the only victory in the ACA. After a years-long grassroots campaign, former Sen. Tom Harkin, D-Iowa, championed inclusion of bill language that would prohibit discrimination of certain classes of providers by insurers, including ERISA plans. This provider nondiscrimination language, commonly known as the ‘Harkin Amendment,’ became law with the ACA and proved an equally significant moment.

"The approval of the Harkin Amendment is a tremendous victory for optometry and will likely prove to be one of the most historic advances in patient access to optometric care since the 1986 recognition of optometrists as physicians under Medicare," said then-AOA President Randolph Brooks, O.D.

Formally, Section 2706(a) of the Public Health Service Act (PHSA) addresses insurers’ suppressing subscriber utilization by limiting patient access to covered services provided by entire categories of providers, including doctors of optometry, practicing within the bounds of their state scope of practice.

Throughout health reform discussions in 2010, the AOA advocated for provider nondiscrimination language to help combat growing instances of plan discrimination and ultimately succeeded with the Harkin Law. Yet since its enactment, federal agencies have largely taken a “hands-off” approach to enforcement, prompting the AOA to continue fighting for full enforcement of the language as intended by lawmakers. And, today, Congress is working to ensure just that.

The Consolidated Appropriations Act of 2021 directed the administration to begin rulemaking to fully implement Section 2706(a) of the PHSA no later than Jan. 1, 2022, as well as issue a final rule no later than six months after that proposed rule.

Optometry’s advocates championed the need for full implementation of the patient access safeguards during the Virtual AOA on Capitol Hill in May and, two months later, nearly two dozen members of Congress issued a letter to administration officials with the same message. Likewise, Sen. Ben Ray Lujan, D-New Mexico, and a group of seven other senators, echoed those sentiments in a similar letter to officials on Oct. 8.

Such is the case; the AOA anticipates agencies will begin rulemaking in the next couple of months.

In 2003, the U.S. Food and Drug Administration (FDA) explained it did not have the same statutory authority to regulate zero-refraction or decorative contact lenses as it did with vision-correcting lenses. So, in response to public health concerns stemming from the unregulated sale of such contact lenses at flea markets, convenience stores or beauty parlors, Rep. John Boozman, O.D., R-Arkansas, and former-Rep. Henry Waxman, D-California, as well as former Sens. Mike DeWine, R-Ohio, Mike Enzi, R-Wyoming, and Ted Kennedy, D-Massachusetts, introduced legislation to restore those patient safeguards by conferring medical device status on decorative lenses.

The AOA and optometry’s advocates diligently worked alongside these members of Congress for years until their persistence and determination paid off with legislation that passed in 2005.

But for all these times when Congressional action intersected the profession, perhaps none were as influential as the fight to simply gain optometry’s physician recognition under Medicare. The late Irving Bennett, O.D., detailed that fight as part of the profession’s evolution from traditional refractive care to comprehensive, medical eye care in a September 2017 AOA Focus article titled, “Making a Medicare Provider.”

As Dr. Bennett explained, optometry’s intersection with the federal benefits program began nearly half a century earlier than Medicare itself, when American G.I. optometrists returned from overseas tours. Permitted to provide minor disease treatment in the medical corps, these optometrists returned stateside, agitated to find they could no longer provide the same level of care. In turn, this helped trigger a wave of introspective thinking through the ’50s and ’60s to transform optometry from a “non-pharmaceutical” practice toward medically focused eye care.

Then, in 1965, Title XVII of the Social Security Act became law, providing health insurance to Americans ages 65 and older—and optometry wasn’t a part of it. Dentistry wanted no part of the bill and ophthalmology convinced optometry of the same, Dr. Bennett says. Organized ophthalmology took refractions and eyewear out of that legislation, then turned around and defined “medical eye exams” only under the purview of ophthalmology. Patients were inclined to leave their optometrists for ophthalmologists who could bill Medicare for the lion’s share of the exam.

“That was a sad day,” Dr. Bennett said. “From 1965 until 1987, we bit the bullet and didn’t participate in Medicare. We tried every way to get into it, but it was an impossible situation.”

Or was it? What followed was the AOA’s historic Airlie House Conference in 1969 that avowed doctors of optometry were primary eye care providers and served a crucial role in diagnosis and treatment and laid out the plans for a string of diagnostic drug (DPA) wins, starting with Rhode Island in 1971. Then, in 1976, a legislator in West Virginia put forward a bill permitting optometrists to use therapeutic drugs (TPA) for the treatment of ocular pathology—it passed.

“This wasn’t optometry’s idea, this was the legislator’s idea,” Dr. Bennett said. “He put in this bill, and it passed—shocked everybody in the country.”

The momentum of DPA and TPA laws carried into 1982, when the AOA’s ad hoc Long-Range Planning Committee, comprised of AOA and AOSA leaders, defined optometry as having the ability and knowledge to prevent, diagnose, treat and manage diseases and disorders of the visual system, eye and adnexa. That definition, finalized in 1984, was a guidepost for schools and colleges of optometry and drew the attention of a freshman Congresswoman from Maryland.

Rep. Barbara Mikulski, alongside Kansas Rep. Bob Whittaker, O.D., repeatedly tried to address optometry’s Medicare discrimination but to little avail. That is, until the provision was included in a budget reconciliation package in 1986. And six months later, on April 1, 1987, optometry was included in Medicare.

“This is the greatest legislative achievement in the history of optometry and the American Optometric Association,” said then-AOA President David W. Ferris, O.D.

Today, optometry’s role in the delivery of comprehensive, primary eye health care services to Medicare beneficiaries is not just profoundly established but progressively advancing. Since 2011, optometry has seen a 28% growth in the program—to $1.3 billion—as compared to ophthalmology’s 8% growth, indicating the profession’s critical part in seniors’ preventive care and medical management.

Congress’ current effort to expand the Medicare program stands to be yet another significant moment in the profession’s timeline and the AOA stands ready to ensure any plans work for both doctors and their patients, notes Jeffrey Michaels, O.D., moderator of the AOA Special Advisory Group on Medicare Expansion.

“This Medicare expansion has the potential to be one of the most impactful pieces of legislation for decades to come,” Dr. Michaels says. “This is an opportunity to increase access to America’s seniors and improve their eye health and vision care, and ultimately prevent blindness.”

Adds Dr. Michaels: “This can be a 1986-like moment, when optometry’s role within Medicare was forever changed and our impact on our patients’ lives was fully realized.”