July 7, 2022
The second of two Medicare sequester cuts took effect July 1 with up to 2.75% of Medicare physicians’ pay affected in 2022. Even more significant cuts are scheduled in 2023 without Congressional action. 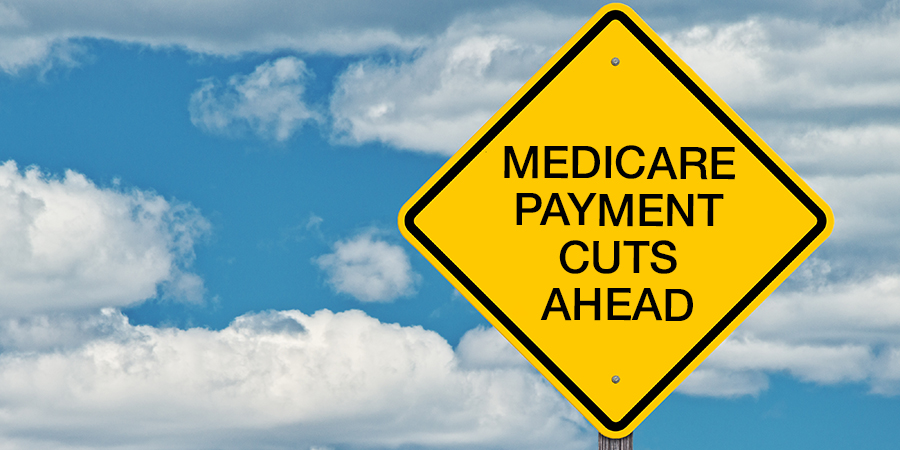 On July 1, the second of two, 1% sequester cuts scheduled for 2022 effectively brought the total amount of statutory reductions to 2.75% of Medicare reimbursements. A consequence of automatic budget controls tripped by Congress’ emergency COVID-19 spending, the sequester cuts—alongside a 0.75% reduction that took effect on Jan. 1—are only the beginning as much larger cuts that Congress punted into 2023 come due.

Still outstanding are sizeable reductions due to a ballooning federal Pay-As-You-Go (PAYGO) statute and an expiring, temporary Medicare physician fee schedule (PFS) increase. Amounting to now 8% and 3% respectively, the total reductions to Medicare physicians’ pay could approach 15% by 2023 without Congressional intervention. What’s more, the recent sequester cuts come as the Medicare PFS for calendar year 2023 is due out in a manner of weeks and already some physicians’ groups have begun sounding the alarm over even further cuts.

For months, the AOA and other physicians’ groups have advocated for a permanent fix that doesn’t hold Medicare pay in perpetual uncertainty, especially at a time when the health care sector continues to reel from record jobs turnover and inflation levels, lingering effects of the pandemic and stagnant reimbursement rates.

“The AOA and our partners rallied together late last year to stop significant cuts—and we’re already laying the groundwork to do so again this year, but our message to Congress is that simply stopping the cuts isn’t going to cut it this time around,” AOA President James P. DeVleming, O.D., says.

“We’ve shouldered added pandemic costs, we’ve watched as new Medicare payment models failed to deliver the pay increases we were promised, and now we’re watching medical inflation make the cost of caring for patients increasingly expensive. Now, add to all that the threat of a nearly 15% cut and our message to lawmakers is: ‘Enough is enough. We need a permanent fix now.’”

While these considerable cuts loom large on the horizon, Congress has demonstrated its willingness to work with the AOA to avert the fiscal cliff. In December 2021, the AOA supported a Congressional fix to prevent the 2% sequester, 4% PAYGO and 3.75% Medicare PFS cuts from occurring all at once on Jan. 1, 2022. That manifested as a delayed sequester rollout in 2022, another one-year extension of an offsetting 3% Medicare PFS increase and pushing off PAYGO until 2023.

Similarly, in 2020, Reps. Ami Bera, M.D., D-Calif., and Larry Bucshon, M.D., R-Ind., led a successful effort, backed by the AOA, to negate the scheduled Medicare PFS cuts in 2021 by allowing for the temporary, offsetting pay increase that was ultimately extended into 2022.

Additionally, the AOA and a coalition of health care groups have educated Congressional leaders about not only the need to address these imminent pay reductions but also initiating formal proceedings to discuss overall reforms to the Medicare physician payment system. In a Feb. 25 letter to Congressional leaders, the coalition cited systemic issues with the Medicare PFS’ budget neutrality requirements and lack of any annual inflationary update.

Congress’ previous action does not guarantee future willingness to enact a fix, which is why the AOA encourages optometry’s advocates to get involved and contact their lawmakers. As a tightening of the federal budget looks likely, the price tag associated with stopping these planned cuts and providing positive payment updates gets more expensive with each passing day.

“Just as the AOA continues to do its part in advocating for our profession, I encourage my colleagues to do their part—reach out to your members of Congress and tell them we need a fix, now,” Dr. DeVleming says.

Congress needs to know that these impending cuts are unacceptable and any efforts to find a workable solution must fully value the care provided by doctors of optometry. Advocates’ immediate action is necessary and here’s how you can get involved:

The first of two Medicare sequester cuts loom on the horizon for doctors’ pay with additional cuts anticipated later this year. How AOA and others are working to avert an impending fiscal cliff.