November 22, 2021
A Medicare vision benefit expansion was cut from the Build Back Better Act, but now advocates shift focus to avoiding nearly 10% cuts to Medicare reimbursement on Jan. 1, 2022. 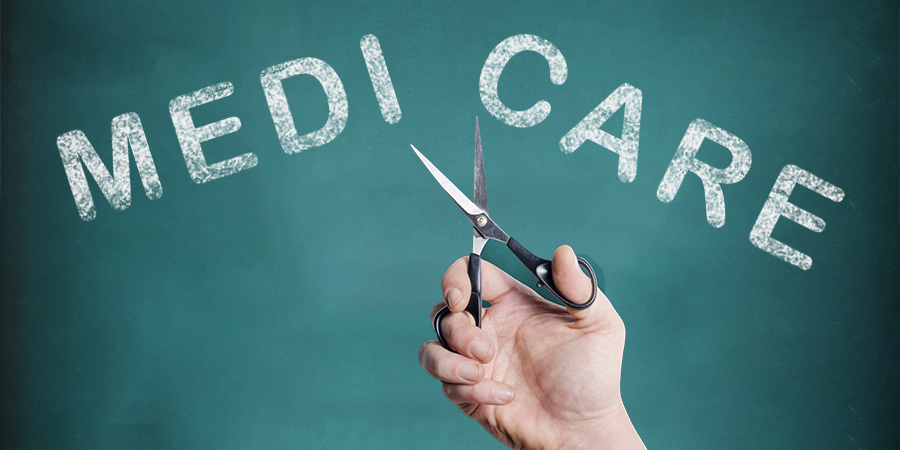 A scaled-back version of President Joe Biden’s Build Back Better Act—one that excludes Medicare vision (and dental) coverage expansions—cleared the U.S. House on Nov. 19 after months of negotiations that saw legislators drop the coverage proposals as cost dominated negotiations and it became clear that AOA requirements for fully funding any new benefit could not be met. The legislation now faces an equally uncertain future in Congress’ upper chamber.

Since Congress first began deliberations on a new Medicare vision benefit almost two years ago, the AOA Board of Trustees and optometry’s advocates reinforced guardrails necessary for a workable benefit should any expansion come to pass. Those provisions included:

These guardrails reflected the vital input of AOA members nationwide, helping inform the AOA’s advocacy by way of multiple Special Advisory Committee on Medicare Expansion meetings. Ultimately, lawmakers agreed with many of the AOA’s points in their proposals for a new materials and services benefit, despite outside efforts to reshape the legislation and intrude in the doctor-patient relationship.

Robert C. Layman, O.D., AOA president, emphasized that optometry’s advocates were adamant the profession would be the ones to define how doctors of optometry practice and not others.

“In the end, the AOA’s advocacy efforts ensured there would be no compromise on how Medicare values optometric care, now and into the future, or the program’s foundational assurance of direct patient access to the doctor of optometry of their choice,” Dr. Layman says.

“As the larger bill’s price tag caused renewed debt and deficit concerns on Capitol Hill, it quickly became clear that Congress would likely be unable to deliver a fully funded benefit, and the provision was dropped entirely.”

The House legislation still must clear the Senate where lawmakers are expected to make changes. Senate approval is a feat that requires a united front among caucusing Senate Democrats and, as of late-October, Sen. Bernie Sanders, I-Vermont, remained determined to include Medicare vision and dental expansion along with the hearing provision already in this legislation.

But even as Congress’ focus presently shifts away from expanding Medicare benefits, optometry’s advocates raise concerns over another impending Medicare issue.

A trio of federal spending controls jeopardize Medicare physicians’ payments by nearly 10% in 2022 without immediate Congressional action. The pay cuts—a 2% cut for Medicare sequestration, a 4% Statutory Pay-As-You-Go (PAYGO) cut and a delayed 3.75% cut outlined by the Physician Fee Schedule (PFS)—stand to hit Medicare physicians as the health care industry copes with record jobs turnover and added burdens from the public health emergency, compounded by the fact that Medicare reimbursement hasn’t kept up with inflation over the years.

“We continue to make clear to lawmakers that these cuts simply cannot happen now,” Dr. Layman says, “However, getting Congress’ attention between now and the end of the year won’t be easy.”

Prior to the Thanksgiving holiday, the AOA and other organizations representing the Patient Access to Responsible Care Alliance (PARCA) issued a letter to Congressional leadership urging immediate action to avert these payment cuts and cited the potential consequences of inaction, such as further hiring disruptions or service cuts. Additionally, the PARCA letter encouraged leaders to consider a recent letter backed by AOA and cosigned by 247 members of Congress.

Led by Reps. Ami Bera, M.D., D-California, and Larry Bucshon, M.D., R-Indiana, the Oct. 14 letter to House leadership urged immediate action in addressing these cuts and preparing reforms for the future. Notably, Reps. Bera and Bucshon successfully led a 2020 effort backed by the AOA to mitigate payment cuts that resulted in a temporary, offsetting payment increase in the Consolidated Appropriations Act.

The AOA and optometry’s advocates are calling on Congress to waive the Statutory PAYGO implications and to do so in the upcoming government funding package. Additionally, the AOA calls for an extension of the 3.75% payment adjustment as part of the Consolidated Appropriations Act and an extension of the Medicare sequester moratorium at least through 2022.

Time is of the essence and immediate congressional action is necessary to prevent these sizable pay cuts from taking effect. Here’s how you can help:

Visit the AOA’s Action Center to urge your members of Congress to immediately address all three Medicare payment cuts now targeting physicians. Or text “PAYMENT” to 855.465.5124 to access the action center.

Make an AOA-PAC donation. Use your 8-digit, AOA membership ID number and log in to make an immediate investment* to support your patients and profession. Or text “EYES” to 41444 to access the AOA-PAC page on your mobile device.

For more information or questions about Medicare advocacy, please contact the AOA’s Federal Advocacy at advocacy@aoa.org.