November 16, 2021
Do you know your AOA Federal Advocacy Representative? Connect with the AOA-FAR in your state and learn how to engage AOA’s federal advocacy. 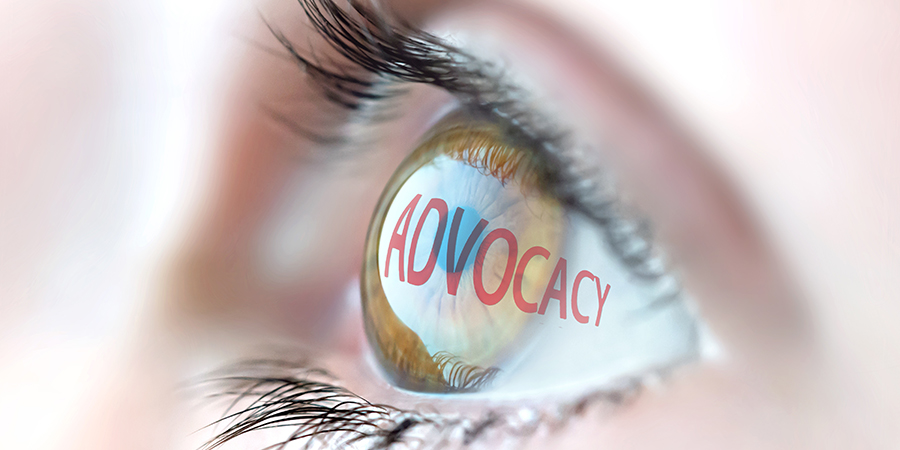 Counted among the ranks of optometry’s advocates are a select, nimble cadre of volunteers who make it their mission to be doctors’ direct conduit to the AOA’s federal advocacy, achieving an outsized impact for the profession.

They are the AOA Federal Advocacy Representatives (FARs), over 60 doctors of optometry representing all 50 states and the Armed Forces Optometric Society who are one part federal advocacy resource for colleagues and legislators, one part AOA-Political Action Committee (AOA-PAC) whip and all-star federal advocates themselves. Simply put, AOA-FARs are members’ go-to source for any time optometry intersects the federal realm.

“To say that the AOA-FARs are ‘in the know’ about federal advocacy would be an understatement,” says Joe Ellis, O.D., AOA-FAR chair. “These AOA-FARs help us ensure we have a more nimble, quick-action federal advocacy profile in Washington, D.C., and I must say that I have been overwhelmed by what the program has accomplished in a relatively short time.”

Launched three years ago, the AOA-FAR program swiftly grew the profession’s advocacy strength and knowledge, ensuring optometry could develop and maintain key federal relationships for when it mattered most. Consequentially, those legislative relationships were vital when the COVID-19 public health emergency put many optometry practices in jeopardy.

Dr. Ellis points to the relationship-building with then-Senate Majority Leader Mitch McConnell, R-Kentucky, and other congressional leaders that helped ensure optometry’s inclusion in federal pandemic relief when congressional decisions were being made at a feverish pace. Such is the case, the AOA helped the profession secure access to over $2 billion in federal relief to offset pandemic-related hardships.

“This effort was indeed the AOA Advocacy Team’s finest hour, delivering this much-needed assistance to our profession,” Dr. Ellis says. “I firmly believe that without the efforts of the AOA-FAR program and these key relationships, we could not have equaled that relief.”

As an immediate past president of the Georgia Optometric Association, Jeanne Perrine, O.D., knew the criticality of making one-on-one connections with state legislators. However, it wasn’t until she attended an AOA on Capitol Hill event when she saw just how much members of Congress value those relationships, too. Even at a federal level, representatives want doctors’ input on laws affecting the profession—and that’s where AOA-FARs come into play.

“AOA-FARs support doctors of optometry by connecting and linking them to our federal legislators and AOA’s Washington, D.C., staff who have their constant focus on Capitol Hill,” Dr. Perrine says. “AOA-FARs are doctors’ outlet to express their concerns on legislative issues that pertain to the practice of optometry.”

In addition to serving that pivotal role both as resource to legislators on optometric issues and, vice versa, as resource to colleagues on federal actions, AOA-FARs also are instrumental in raising funds to keep AOA advocacy active in Washington, D.C., as well as serving as a state’s voice and feedback in helping guide the AOA’s advocacy on national issues, notes Jeni Kohn, O.D., AOA-FAR in Indiana.

Only recently, the FAR network demonstrated its essentialness at a campaign fundraiser for Arkansas Sen. John Boozman, O.D. The incumbent Republican, one of optometry’s champions on Capitol Hill, faces several primary challengers ahead of the 2022 Senate election. But optometry strongly rallied in support of Sen. Boozman with contributions from all 50 states, notes both Drs. Perrine and Kohn, making for one of their fondest memories of how optometry came together to support one of its own.

“It was invigorating to see the connectivity across the USA and to watch my fellow colleagues propelling the campaign forward,” Dr. Perrine says.

Adds Dr. Kohn: “Without an AOA-FAR program in place, this would be unachievable. The AOA-FAR program is only beginning to see its potential, and I think it will have an outstanding impact on our profession in the future.”

How AOA-PAC makes a difference for optometry

Only through the generous contributions of AOA members is the AOA-PAC able to go toe-to-toe with the profession’s opponents, ranging from organized medicine and insurers to internet mass retailers, achieving an outsized impact that keeps optometry’s seat at the table in important policy decisions.

However, AOA-PAC funds are not limitless. A rigid priority system is used to support those candidates seeking federal elective office who have a demonstrated record of understanding the profession and have the support of politically active doctors of optometry within the state.

A strong AOA-PAC is key to keeping the AOA an advocacy force for our profession. Here’s how you can contribute:

Contributions to the AOA-PAC are for political purposes and are not tax deductible. Only AOA members and other eligible persons may contribute. Contributions will be screened and those from non-eligible persons will be returned. You have the right to refuse to contribute without fear of reprisal. You will not be advantaged or disadvantaged because of how much you give or because you do not give.

The AOA offers members a new, interactive resource to connect with your state’s AOA-FAR. Open the national map below for more information.