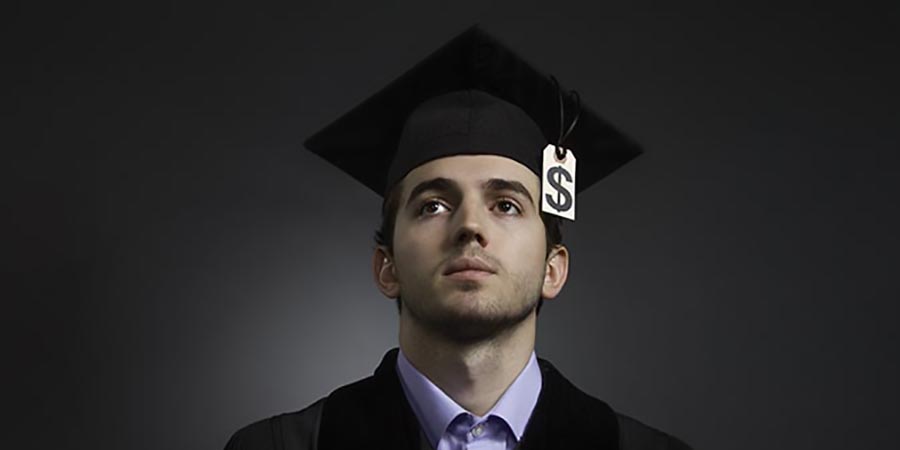 The AOA is actively working with the American Optometric Student Association (AOSA) and its student members to ensure that their priorities, such as addressing burdensome college loan debt, are at the top of the agenda in Washington, D.C., as they urge Congress to reauthorize the Higher Education Act (HEA).

In 2018, more than 81% of U.S. optometry graduates had school debt. Their accumulated mean debt from borrowing was close to $180,000. That significant debt impacts not only how and where future doctors of optometry practice, but also the growth of future small businesses.

There are about 7,500 students enrolled in optometry schools.

"We h2ly urge you to support optometry graduate students, and the future patients and communities they serve, as you continue to consider the reauthorization of the Higher Education Act," reads a July 30 letter signed by AOA President Barbara L. Horn, O.D., and AOSA President Bibin Cherian to congressional committees heading the reauthorization.

"To ensure the growth and prosperity of the profession, it is critical to ensure that student debt is not a barrier for students who want to pursue optometry."

The HEA of 1965 authorized several federal aid programs that provide support to individuals pursuing a post-secondary education and institutions of higher education. Every few years it comes up for reauthorization and bipartisan negotiations are now underway for a new deal.

"The AOA and state associations are relentless in advocating for our new doctor and student members," Dr. Horn says. "Together with AOSA's leaders and concerned doctors from across the country, we're making certain that optometry is fully recognized and treated fairly in federal health programs, including those aimed at the education debt crisis."

The AOA recommends that Congress:

Beyond smothering loans repayment, doctors have been harmed by outdated state laws that allow states to deny, suspend or revoke a borrower's professional license as a penalty for loan default.

Thus, the AOA backs the Protecting JOBs Act (S. 609), co-sponsored by Sens. Marco Rubio, R-Fla., and Elizabeth Warren, D-Mass., which aims to prevent states from suspending, revoking or denying state professional licenses solely because borrowers are behind on their federal student loan payments. Introduced in February 2019, the bill seeks to better ensure that graduates have the ability to repay their student loans and that they are not prohibited from working as a trained professional because of debt. This only compounds their financial challenges.

Further, the AOA is continuing to argue for restoration of eligibility for doctors of optometry into the National Health Service Corps Loan Repayment Program. The NHSC offers some providers the opportunity to have a portion of their student loans repaid, while earning a competitive salary, in exchange for providing health care in underserved urban and rural areas. The AOA has been working to build support for re-inclusion for doctors of optometry in the program, which would allow them to be able to compete, on a level playing field, for loan repayment and scholarship opportunities.

"A constant challenge facing graduate students is the ability to obtain and pay for the loans necessary for school," says Cherian, who recalls an AOA/AOSA listening session in May where students decried their deflating debt. "Students can often become stressed with the idea of loan repayments, especially considering the average new graduate earns around $96,000. This data is important for Congress to consider as the legislators work to reauthorize the HEA.

"If an increase in student loan debt isn't coupled with an increase in average salary, there will be an undue mental burden for new students entering the profession," he adds. "It can also decrease the number of quality individuals wanting to be optometrists but who are limited by their socioeconomic backgrounds. The AOSA exists to empower students to thrive as doctors of optometry and supporting the HEA and Protecting JOBs Act is one way the mission is addressed."