August 30, 2018
Arizona senator’s legacy to be celebrated by nation during upcoming ceremonies. 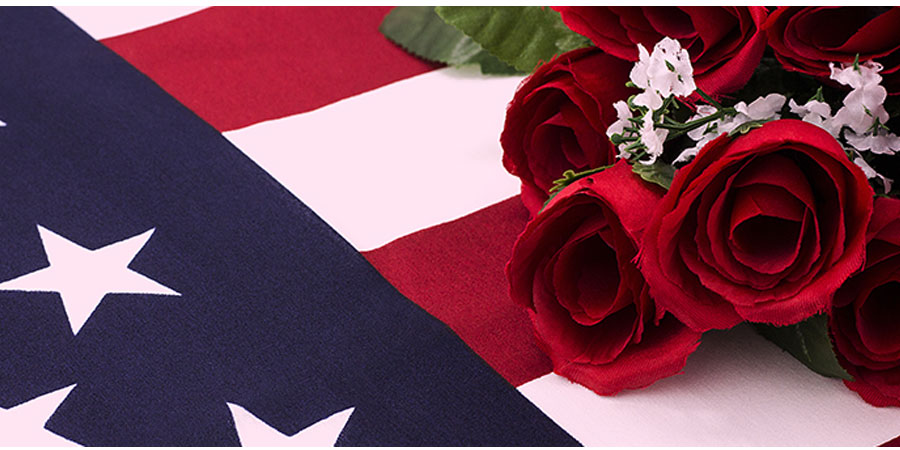 Along with the rest of the nation, AOA members are paying tribute to Arizona Sen. John McCain, who died Aug. 25 after a year-long bout with brain cancer. McCain is being remembered for backing care for troops and veterans with combat-related eye injuries and his long, heroic service to the nation.

McCain laid in state at the Arizona state capitol on Wednesday and will lie in state in the U.S. Capitol Rotunda on Friday. A service is set for Saturday, Sept. 1, at Washington National Cathedral and his burial for Sunday, Sept. 2, at the U.S. Naval Academy Cemetery in Annapolis, Maryland.

AOA members, like many across the country, are mourning his loss.

"Seeing Sen. McCain, a true American hero, in action in the Capitol is a memory I'll treasure," says Samuel D. Pierce, O.D., AOA president. "Thanks to the outstanding work of our Arizona military and VA doctors of optometry and of our advocacy team, he always treated our profession with fairness and consideration. His genuine wit, wisdom, life experience and deep and abiding love for our country will be missed."

Carla Engelke, O.D., president of the Armed Forces Optometric Society (AFOS), adds, "AFOS is saddened by the passing of Sen. John McCain, who lived his life as an embodiment of federal service. His military and public service to this country was unparalleled, and he should be remembered for his bravery and dedication to the U.S. military, as well as his storied political career in the U.S. Senate. He appreciated and recognized the importance of eye care for active-duty military and veterans. We have lost one of America's great patriots who throughout life always placed service above self."

'True statesman, a masterful politician and a real-life American hero'

Matt Willette, AOA director of congressional relations, met with the senator not long after Willette joined the AOA in 2007. Willette worked with McCain and his staff on an issue of importance to the senator and AOA members alike—combat-related eye and vision injuries suffered by troops serving in Iraq and Afghanistan.

Willette calls McCain "a true statesman, a masterful politician and real-life American hero," as well as a "friend of the AOA," due, in part, to his playing a key role in the 2008 passage of the Military Eye Trauma Treatment Act.

"From his perch near the top of the U.S. Senate Armed Service Committee, Sen. McCain helped shepherd through legislation backed by the AOA and sponsored by Sen. John Boozman, O.D., (R-Ark.) (then a U.S. House member) to address the alarming number of blast-related eye injuries and to develop a permanent framework to aid injured troops and veterans with combat-related vision damage, including due to traumatic brain injury," Willette recalls.

"I'll never forget the look of satisfaction on Sen. McCain's face when I thanked him, on behalf of grateful AOA members, for his leadership on this particular issue," adds Willette, who planned to pay his respects in person at Friday's viewing in the rotunda. "I remember him looking me square in the eyes and saying, 'Make sure to thank your doctors for me ... it was the right thing to do.'"

Adds Jon Hymes, AOA executive director, "Meeting with Sen. McCain required knowing all the details and being able to answer all the tough questions as he thoughtfully explored an issue. Whether as congressional aide or, later on, as AOA's representative, I've always felt it was a special honor to be around him."

Stacey Meier, O.D., executive director of the Arizona Optometric Association (AZOA), says that McCain's campaign offices were in the same building as the AZOA and he would occasionally see him there holding rallies or meeting with political and civic leaders. Often, Dr. Meier recalls, there would be a lot of excitement and activity when the senator was in town, as he was accompanied by news media or VIPs.

Dr. Meier always made it a point to stop into McCain's office in Washington, D.C., during AOA-sponsored congressional visits.

"He was always real nice and cordial," Dr. Meier says. "I don't think we always agreed on the issues, but you respected his positions and he respected yours. He was always honest.

"And when he walked into a room, everybody paid attention," he says. "He was the elder statesman of Arizona politics and will be deeply missed. The senator led an incredible life, was a great patriot, a true hero and always put our country first with his words and his actions."

Dr. Mittelman and McCain were, in one sense, kindred spirits: Both were naval officers and aviators. The doctor of optometry commended the senator for his principled leadership, basic decency and trademark straightforwardness. He especially respected McCain for surviving five years of torture as a prisoner of war after his plane crashed and he was captured in 1967 in North Vietnam.

"Throughout our history, the United States has been lucky enough to have had many leaders to help shape and mold our great nation," Dr. Mittelman wrote in his commentary. "John McCain is one of those leaders. I am certain that many of you have been reading accounts of his honesty, integrity, heroism, sense of humor and patriotism. In my opinion, Sen. McCain personified the meaning of honor, courage and commitment.

"Throughout his military and political career, he made tough choices based on his principle of doing the right thing for our country, often at great personal cost," he wrote.

In a subsequent interview, Dr. Mittelman says the two men met at least twice in the late 1980s. During a tour at the Naval Aerospace Medical Research Institute in Pensacola, Florida, Dr. Mittelman provided eye examinations to repatriated prisoners of war as part of a longitudinal study. McCain was enrolled in the study.

The two men didn't talk politics, but Dr. Mittelman recalls the advice McCain offered about raising daughters. Listen to them more, advise them less, the senator said with a kindly hand on Dr. Mittelman's shoulder and a twinkle in his eye.

"He was a great man who did great things and didn't expect great things in return," Dr. Mittelman says. "It's a lesson we can all learn."