December 27, 2018
AOA’s Optometrist of the Year shares his keys to legislative successes. 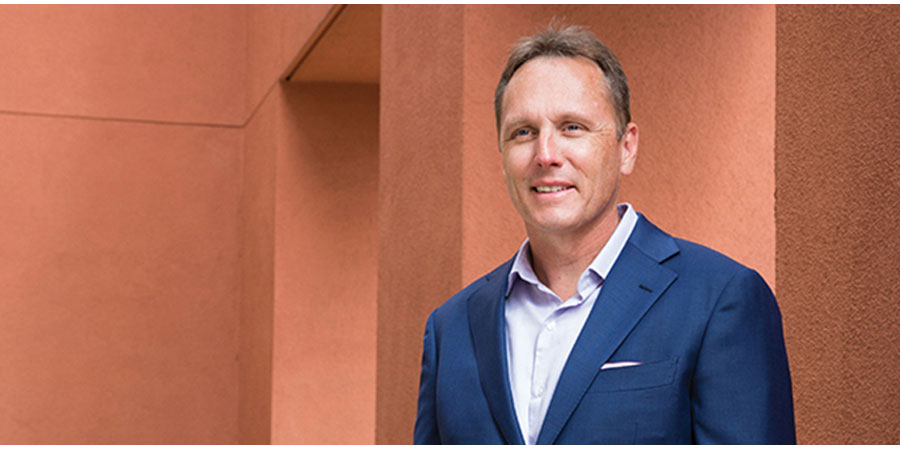 Excerpted from page 14 of the October 2018 edition of AOA Focus.

When the California Optometric Association (COA) submitted its nomination letter for David Redman, O.D., for the AOA's 2018 Optometrist of the Year, it was a substance-filled 4½ pages.

Most of the letter's first page spoke to his public service—the hours he'd put in helping to provide early childhood development services and deliver school supplies to youngsters in his community. Two-thirds of the second page delved into his service to the visual welfare of the public, especially adults and children with limited access to eye care services and also through InfantSEE®. Two more pages zeroed in on his dedication to the profession of optometry and his role in the COA's successful and historic scope expansion in recent years, as he rose through its ranks.

"Dr. Redman can always be counted on to build momentum on advancements important to the profession of optometry and its service to patients," wrote Bill Howe, the COA's executive director.

According to Howe, Dr. Redman's legislative achievements include:

Dr. Redman, the COA's 2017 Optometrist of the Year, says the keys to the COA's legislative successes are "planning, teamwork, relationships and a little bit of luck."

In an interview with AOA Focus, he shares more.

How did you get involved in advocacy?

When I got out of optometry school, my dream was to have my own practice and take care of my patients. However, my boss was part of the COA board, and he took me to a lot of meetings, fundraisers and volunteer opportunities. Then I joined the board of my local society and began attending meetings and fundraisers. I became part of some local committees and a state committee, and was then asked to run for the COA board, and later, president. When my term was up, I became the Legislation-Regulation Committee chair, and the AOA asked me to serve on its Third Party Center Executive Committee. I'm just one of those people who has trouble saying "no."

What makes one a good advocate?

Having a really good team. Our success isn't just because of me. Also, for me, it's always important to look at the big picture. There are a lot of times when it looks like you've had a setback. We had failed on that scope expansion bill twice before it passed in 2017. It can be a roller coaster; it can take a long time to figure out how everything works. But, if you look at the big picture, some of those setbacks need to happen in order to learn from them and be successful. I just try to remain focused and know which direction we're going.

How significant are COA's legislative successes to the practice of optometry in your state?

We're moving toward the big picture—primary health care. For a big state, with a lot of people and a full-time legislature, we've now got one of the most progressive bills in the country. We've made good steps in the right direction. We can do so much more. As the industry consolidates, which it looks like it's doing, we have to rethink how we take care of our patients.

How did you celebrate the scope advancements in California?

It (Assembly Bill 443) was a big relief when it passed. We celebrated at our Legislative Day. But the celebrations can be short-lived, because we keep moving on. When you've been doing this as long as we have, it's just a steppingstone to what your real goal is. Our real goal is to have doctors of optometry be able to provide care for everything they are trained for.