September 27, 2018
AOA continues to advocate for high academic standards that will preserve the standard of excellence expected of optometry. 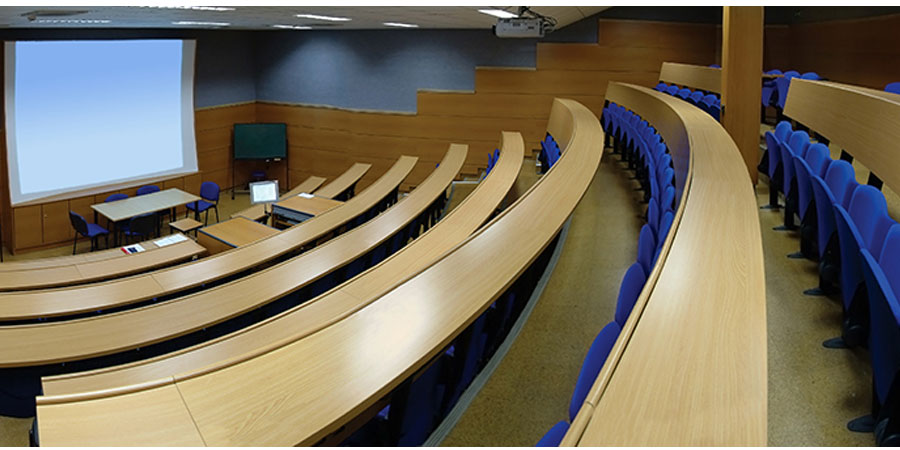 Tusculum University's proposed addition of an optometric degree program was denied by a regional accreditor in June.

Formerly Tusculum College, the eastern Tennessee school's application for a Level V degree classification was denied by the Southern Association of Colleges and Schools Commission on Colleges (SACSCOC) during its June 14 board meeting. The Level V classification is necessary for Tusculum to offer a doctor of optometry program, but SACSCOC denied the institution's reclassification citing the lack of an acceptable business plan and supporting documentation.

The application for a Level V classification comes as Tusculum transitions from a college to a university to facilitate its new College of Health Sciences, of which optometry, physician assistant, occupational therapy and physical therapy programs were hallmarks.

In March, Tusculum announced it would enroll its first optometry class in 2020, pending approval of certifications and accreditations. That public announcement drew immediate concerns from the profession, coming on the heels of a concerning report on national licensing examination data.

Released by the National Board of Examiners in Optometry (NBEO) and Association of Schools and Colleges of Optometry (ASCO) in January, the 2016-17 academic year pass rates for the national licensing exam showed several programs lagging below 90% and two programs less than 75%. Separately, NBEO's own data through March 2016 showed a variable pass rate for Part 1 of the exam with a declining trend in recent years, while an August 2017 test produced pass rates lower than those in previous years.

That troubling trend led to a letter from the AOA to the Accreditation Council on Optometric Education (ACOE), the only accrediting body for professional optometric degree programs, optometric residencies and optometric technician programs in the U.S. (ACOE, a programmatic accreditor, is wholly separate from SACSCOC, a regional institutional accreditor).

Co-signed by AOA's Board of Trustees, the letter stated in part: "We note [Tusculum] is the fourth new school recently proposed in the same part of the southeastern United States, and this development again brings to the fore the same questions we raised in our January 18 letter about the ability of schools of optometry to continue to attract enough qualified faculty and students, and to provide adequate clinical opportunities to students when so many programs are clustered in one relatively lightly populated area."

The letter continued: "While we continue to recognize that each program must be judged on its own merits, and that the number of potentially qualified applicants and faculty is subject to change, the recent experience of other professions, such as law, suggests that a rapid increase in programs can lead to a decline in educational and career outcomes." The AOA Board of Trustees has previously affirmed and endorsed the ACOE's complete independence in the development and application of accreditation standards.

The letter further reinforces AOA's continued support for ACOE Professional Optometric Degree (POD) Standards that maintain and produce high-quality, exceptional doctors of optometry, and stresses that it is essential from the outset of program reviews "to ensure every aspect of the position of public trust that the profession occupies is faithfully and forcefully upheld." The alternative could hurt the profession, the public and students who may acquire significant debt without the ability to complete a program or pass licensing exams upon graduation.

"We again recognize and thank the ACOE for its unwavering dedication to its mission, as well as its diligence in the development and application of standards for the optometric educational enterprise," the letter concludes.

Earlier in January, AOA's Board of Trustees sent ACOE an initial letter expressing concern over the joint NBEO-ASCO licensing exam report and underscored several POD standards that all schools and programs—new and old—must meet in order to maintain the standard of excellence expected of the profession, including:

At that time, AOA weighed in with h2, detailed commentary to ACOE during its comment period for revised POD standards, and applauded ACOE's upholding of POD standards that ultimately took effect July 1, 2017. The ACOE notes that in approving new POD program standards, it created a necessity to bring POD preliminary approval standards in agreement.