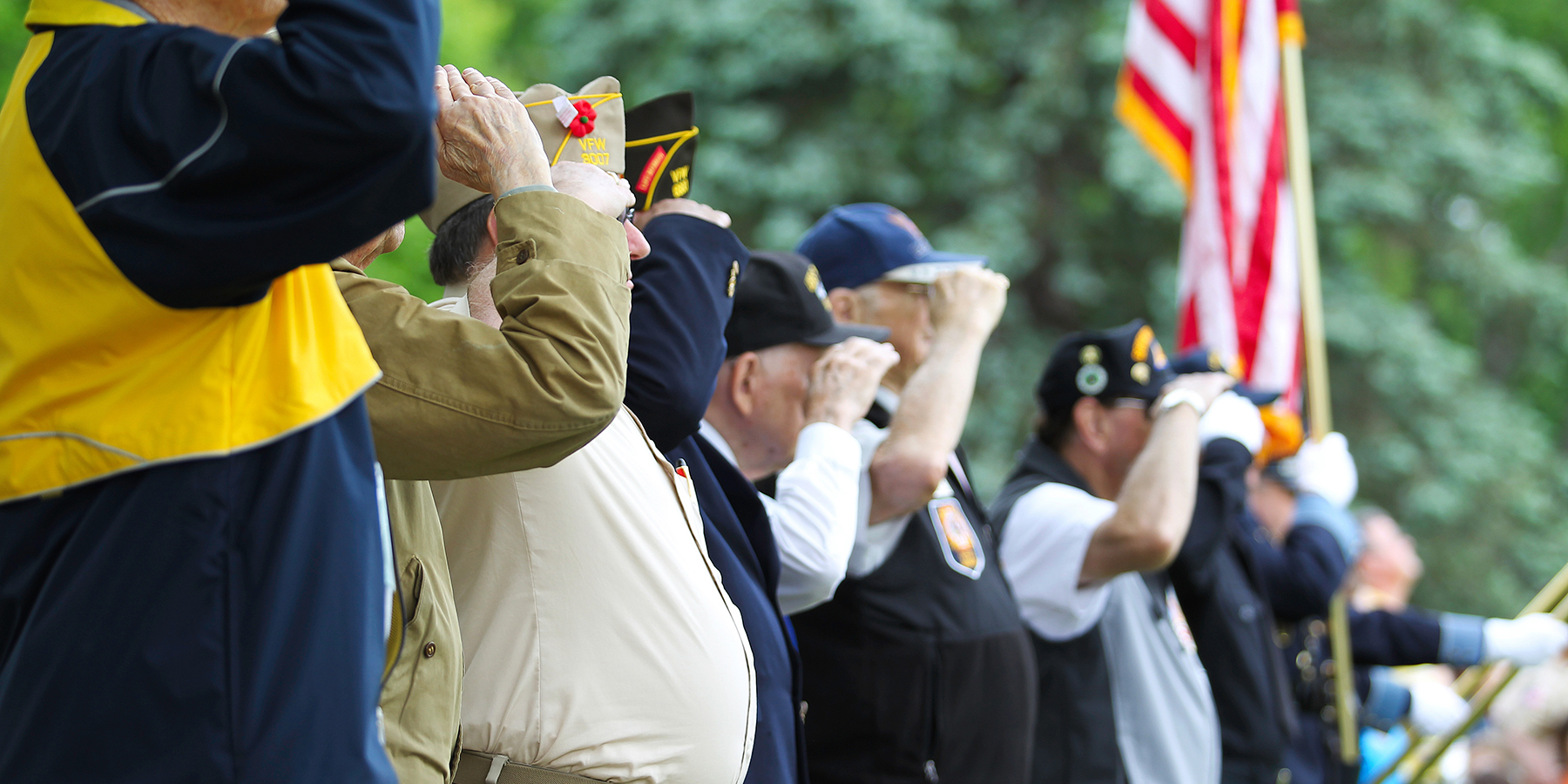 On Sept. 30, the U.S. Department of Veterans Affairs (VA) dropped restrictive language within two Eye Comprehensive Standardized Episode of Care (SEOC) guidelines that had prevented veterans from accessing community care doctors of optometry for so-called “invasive” eye procedures. The change comes as a result of persistent advocacy on the part of the AOA, the Armed Forces Optometric Society (AFOS), the Mississippi Optometric Association (MOA) and members of Congress that encouraged the VA’s recognition of the current scope of practice, which allows doctors to provide a wide range of comprehensive medical eye care services, including injections, foreign body removals and therapeutic laser eye care.

The Eye Comprehensive SEOCs, which outline the scope of approved services a community provider may offer to a veteran, previously included language that stated, “only ophthalmologists can perform invasive procedures, including injections, lasers and eye surgery.” However, after hearing from concerned veterans, lawmakers and other stakeholders, the VA changed its language to allow these services to be provided by “an ophthalmologist or optometrist based on the state licensure of the provider.”

“The AOA and our affiliate partners are fully committed and will never tire in the ongoing campaign to ensure that our nation’s veterans have the same access to needed medical eye care provided by doctors of optometry that every other citizen of their state now enjoys,” says AOA Advocacy Chair William T. Reynolds, O.D. “Following the VA’s rescission of its 15-year optometry laser ban in 2020, and now the removal of this harmful language governing optometric care in the community, our resolve is only getting stronger to ensure full recognition and fair treatment for our veterans and their trusted doctors of optometry.”

In 2021, Mississippi lawmakers expanded the scope of practice for doctors of optometry to include injectable authority; excision and removal of non-cancerous lid lesions, as well as chalazion; improved pharmaceutical authority; and the ability for doctors to perform YAG laser capsulotomy. But in March 2022, a Mississippi doctor of optometry providing routine care to a veteran in the community was denied coverage by the local VA system to diagnose and treat trichiasis with entropion due to the former language in the Eye Comprehensive SEOC. The VA reportedly suggested that the doctor refer the veteran to an ophthalmologist nearly 60 miles away for needed epilation.

In collaboration with the AOA’s Third Party Center and AFOS, the MOA determined the issue was specific to Mississippi’s VA only and initiated immediate outreach to not only the VA but also Mississippi’s members of Congress. State Sen. David Parker, O.D., R-Dist. 2, one of the MOA’s federal keypersons, successfully discussed the issue with U.S. Rep. Michael Guest, R-Miss., who agreed to champion the issue.

Rep. Guest, as well as other members of Congress, raised concerns that veterans were being negatively impacted and urged removal of the restrictive SEOC language, especially given that Medicare, Medicaid, the Indian Health Service and all major private payers already cover and reimburse doctors of optometry for these services.

“As Mississippi’s existing scope of practice laws allow optometrists to perform these procedures, I am concerned about the impact of this policy on the ability for Veterans to receive needed care in our state,” Rep. Guest wrote in a letter to VA Secretary Denis McDonough.

In responding to legislators’ outreach, the VA confirmed to one Capitol Hill office that the Office of Integrated Veteran Care had reviewed the issue and changed the specific SEOC language to allow a doctor of optometry to provide full care authorized by their state license.

“We believe that providing quality care in a timely manner is of utmost importance. Utilizing community care providers to their full extent is part of the process,” the VA wrote to the office of Congressman Trent Kelly, R-Miss. “This change will improve access by allowing providers to render services for which they are legally licensed, reduce the need for multiple Community Care encounters and allow Veterans to choose their preferred provider within the care network.”

MOA Executive Director Sarah Link says it’s not uncommon for Mississippi veterans to live considerable distances away from the nearest ophthalmologist while doctors of optometry are often readily accessible in the community. The VA’s change is a significant victory for ensuring veterans receive prompt, high-quality care.

“Optometrists will be able to utilize the full extent of their licensure and training while caring for veterans, without having to send them away for a second—or third—appointment miles away from their hometown,” Link says.

“Don’t underestimate optometry’s strength, which lies in community: community relationships, community membership and community advocacy. Nurture and use those relationships. You never know when it will be the one connection that changes the tide,” she adds.

While this recent VA decision affirms utilizing the full extent of care provided by private doctors of optometry within veterans’ communities, it further emboldens the AOA’s and AFOS’ advocacy for doctors within VA Optometry.

Currently, the VA is developing new national standards of practice (NSP) for doctors of optometry and other health care practitioners within the VA system. Triggered by a coordinated effort by the VA and Department of Defense to implement a unified EHR platform, such NSP will outline the list of services that veterans may seek from VA doctors of optometry and could have a significant impact on veterans’ access to care. These NSP for optometry are expected to be released in the coming months.

With eye and vision care now the third-most requested service by veterans, VA doctors of optometry have proven to be an essential provider of primary and medical eye care, as well as visual rehabilitation services. In fact, VA doctors of optometry provide nearly 70% of total unique veteran visits involving eye care services annually, 73% of selected ophthalmic procedures and nearly 99% of services in low vision or blind rehabilitation clinics. Such is the case, the VA’s decision regarding the NSP for optometry stands to have a significant and lasting impact.

The AOA and AFOS, alongside leading Veterans Service Organizations and members of Congress, continue to advocate for the VA’s NSP for optometry to authorize the full range of care that doctors of optometry are trained and licensed to provide. Unsurprisingly, opponents argue for the NSP to reflect the most restrictive state scope despite obvious concerns that this will significantly limit veterans’ access to care.

“Optometry continues to be one of the most requested medical services and is an integral part of the health care team with VA optometrists demonstrating the need for eye care services within hospitals and clinics nationwide,” noted AOA Trustee Marrie S. Read, O.D., in an upcoming AOA Focus article on VA advocacy. “The AOA and AFOS have been able to leverage this experience and expertise in fighting for parity within Medicare and other insurance payers, as well as our ongoing scope battles.”

Notably, the VA’s decision to amend the Eye Comprehensive SEOC, as well as initiate the NSP process, came after the VA’s 2020 decision to rescind language in its Eye Care Handbook that had expressly prohibited doctors of optometry from performing laser eye procedures in VA facilities nationwide.

Access the AOA’s 2022 elections map to see how optometry’s candidates fared and where advocates can get involved to ensure the profession’s priorities remain heard.

As the Department of Education releases an official application for loan forgiveness, optometry’s advocates continue to emphasize that eligibility for debt relief programs should not exclude optometry and greater options should be available for debt forgiveness programs.