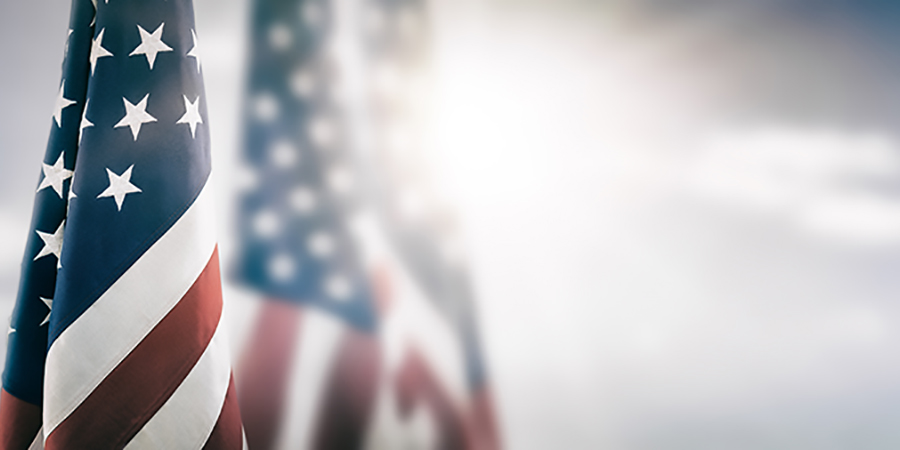 The AOA and the Armed Forces Optometric Society (AFOS), fighting to ensure that all veterans—no matter where they live—receive at least the vision and eye health standard of care, are marshalling support.

Since the Veterans Administration (VA) launched its controversial and experimental Technology-Based Eye Care Services (TECS) program, the pair have battled against those in favor of replacing regular access to comprehensive eye exams with an experimental blend of vision and eye disease screenings, including remote eyeglass prescribing.

The AOA and AFOS are continuing the campaign to educate lawmakers, veterans service organizations, and the media on serious concerns that the program deprioritizes veterans' vision and eye health and may be targeting rural and other underserved veterans for substandard care.

Most recently, at the June Optometry's Meeting® in St. Louis, the AOA's House of Delegates—including the AOA's Board of Trustees and its 53 affiliates—passed a determined resolution that called on the AOA and its affiliate associations "to continue to cooperate on and prioritize efforts to safeguard the standard of care received by veterans, and to support the doctors of optometry who provide that care."

"We, as a nation, made a solemn promise to the men and women who have served our nation and the AOA will not shy away from the fight to ensure that ALL of our veterans—no matter where they may live—receive the comprehensive vision and eye health care that they need and fully deserve," AOA President Barbara L. Horn, O.D., says. "With nearly one thousand VA doctors of optometry right now on the frontlines of care and tens of thousands more of their colleagues across the country standing ready to help fill in any access gaps, it is unconscionable that, with continuation and possible expansion of TECS to both underserved and sufficient access areas, the VA appears all too willing to cut corners and sacrifice the health and well-being of our veterans all in the name of novelty."

AOA committed to serving those who served all us

The TECS program, which launched at the VA Medical Center in Atlanta, Georgia, is currently operating in a handful of states, including at least Georgia, Nebraska, Kansas, Illinois, Montana and Missouri.

TECS purportedly identifies veterans living in underserved areas and encourages them to receive—instead of a comprehensive eye exam—a TECS vision and eye disease screening from a technician following their primary care visit, which may lead to remote prescribing of eyeglasses.

The contentious rollout of the pilot program has been met with local community concern, especially after a "secret waitlist" for TECS was discovered at a Kansas VA health facility. It was reported that VA retrained staff and is continuing to steer Kansas veterans into the TECS program.

A joint letter delivered to VA leadership from the AOA, Disabled American Veterans (DAV), Vietnam Veterans of America, and AMVETS, urged the VA not to move forward with the program as is. The letter shared "concern about VA implementing a program where the level of care appears to be of a lower standard than basic eye care services routinely provided within the VA and in the community, which is simply unacceptable."

The letter issued a call for a dialogue between the VA, AOA and the VSO community. That dialogue has yet to happen.

The AOA began educating VSO and the broader VA community on the threats posed by TECS at an AOA co-hosted roundtable that included leading U.S. House and Senate leaders on VA policy issues, AFOS, the Association of Schools and Colleges of Optometry, AMVETS, the Blinded Veterans Association, and the Vietnam Veterans of America.

"Trying to shortcut the care provided by doctors of optometry to more than 1.5 million veterans a year places their eye health and vision care at risk," former AOA President Christopher J. Quinn, O.D., said at the time. "Our veterans have earned and deserve dedicated and quality vision care—and the AOA will fight for them."

At a U.S. Senate hearing with VA leadership following the roundtable, Sen. John Boozman, O.D., R-Ark., questioned the VA Secretary on the wisdom of the TECS program calling it "third-world care."

Keeping the pressure on

In March AOA Immediate Past President Samuel D. Pierce, O.D., addressed attendees including the VA secretary and other VA and VSO leaders at the HillVets 100 Annual Tribute Gala, which honored 100 veterans, service members and supporters for their continued contributions to our nation.

At the event, Dr. Pierce reinforced the AOA's commitment to veterans and underscored the essential role doctors of optometry have in identifying and treating veterans with traumatic brain injury. He also took the opportunity to tell the assembled crowd, including the VA Secretary, that the VA was letting veterans down with the TECS eye exam replacement program.

HillVets recognized Dr. Pierce with the Supporter of the Year Award for his dedication to quality health care for veterans.

The AOA and AFOS have also kept up the pressure on Capitol Hill with a growing number of U.S. senators and House members who have registered their concerns directly with the VA, through letters, phone calls and at congressional hearings with top VA officials.

Rep. Carol Miller, R-W.Va., is the latest lawmaker to make her concerns know. In her letter, Miller says that she would "like to make sure that the men and women of our nation receive the care that they deserve,' she writes. "A comprehensive exam performed by an optometrist or ophthalmologist is an essential part of primary and preventive care and can provide lifesaving insight above and beyond TECS screening.

"Providing this level of care for my constituents is a top priority," she adds.