July 2, 2020
The AOA and state affiliates brought the issue to the highest level of government in a letter to President Trump, urging the administration to take action, “to stop the FTC from enacting this dangerous rule change and harming thousands of essential small business health care practices.” 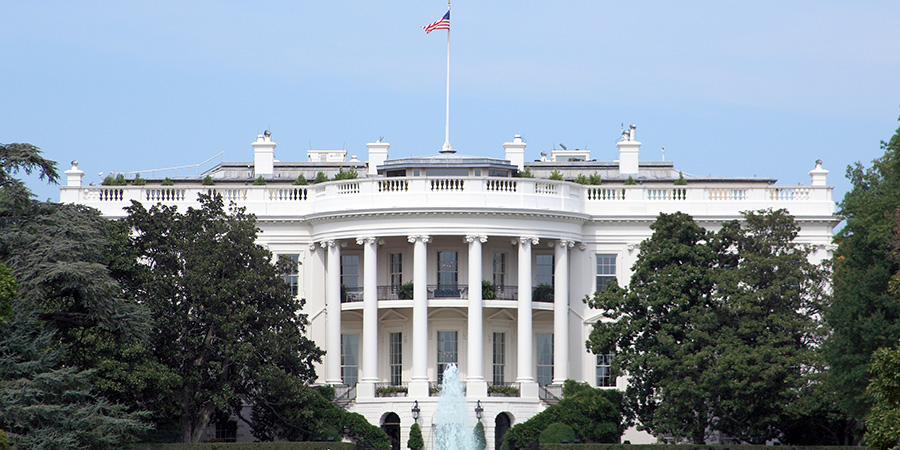 Optometry's advocates acted without hesitancy at the notice of the Federal Trade Commission (FTC) announcement approving a final Contact Lens Rule, quickly condemning the new changes, including the requirement for prescribers to obtain signed acknowledgement forms indicating patients' receipt of contact lens prescriptions, and to keep record of that patient confirmation for at least three years.

Since 2016, the FTC has ignored the concerns of the AOA and doctors of optometry, ophthalmologists, patient health and consumer advocates, and a bipartisan group of more than 100 U.S. House and Senate leaders as expressed repeatedly in public comments, Congressional and advocate sign-on letters, agency oversight hearings, committee directives, and reports and public education workshops.

The AOA has long fought to decry the baseless administrative mandate, which burdens prescribers while doing little to curb internet retailers' documented violations of the very patient health and safety laws that the regulatory rule review seeks to update, and is mobilizing to push back on the new rule, along with other health care organizations and industry allies.

"The FTC rule makes it clear that the agency is turning a blind eye to what is in the best interest for health care practices and patients, instead focusing a misguided attack on law-abiding, frontline optometry practices," says AOA President William T. Reynolds, O.D. "This action is made even more outrageous and unacceptable at a time when we've been providing essential, primary care to our patients during the coronavirus pandemic. AOA is mobilizing fully to ensure that all of our doctors can speak out, educate and engage government officials in challenging this mandate."

To compound the issue, the new regulatory burden on health care practices across the country comes amid a nationwide public health emergency and a global pandemic—a time when it is more challenging than ever to provide essential eye health and vision care for patients.

Independent health economists estimate that the new mandate will cost the industry tens of millions annually, at least $18,000 per doctor, per year. The rule stands in contrast to the May 2020 federal directive aimed to specifically ease regulations that may inhibit economic recovery. Citing this concern, the AOA and state affiliates today brought the issue to the highest level of government in a letter to President Trump, urging the administration to take action, "to stop the FTC from enacting this dangerous rule change and harming thousands of essential small business health care practices."

This outreach is the latest action AOA and partners have taken since the June 23 announcement from the FTC, building momentum against the rule.

Within moments following the FTC announcement, the AOA quickly voiced opposition to the flawed directive, noting the agency's disregard for health care and governmental arguments against the proposal. Eye care industry voices quickly joined the discussion.

In a separate letter to eye care professionals, CooperVision's Senior Director of Professional and Academic Affairs Michele Andrews, O.D., criticized the decision. "These decisions by the FTC are imprudent and of serious concern." In the statement, Dr. Andrews underscored that CooperVision continued "to partner with the Health Care Alliance for Patient Safety, the American Optometric Association, the Contact Lens Institute and other industry bodies to elevate the importance of the doctor-patient relationship with the agency. While that guidance went largely unheeded by the FTC, our resolve to protect quality care has only grown stronger."

On June 30, the AOA joined with the American Academy of Ophthalmology to reinforce serious concerns regarding the intent and timing of the final rule. The organizations noted that, "Many of these [optometry and ophthalmology] practices have just recently begun to reopen and are grappling with significant financial losses and staffing concerns while also implementing and refining new patient care procedures to limit the potential spread of the coronavirus. The timing for a new regulatory requirement for these practices could not have occurred at a more challenging time."

Together, they called for the FTC to "at a minimum, delay the Rule effective date to January 1, 2021, or at least three months following the end of the current public health emergency as defined by the Secretary of Health and Human Services, whichever date is later."

Urging doctors to join in

The AOA and member doctors have laid formidable groundwork as this debate continues and will remain committed to taking every strategic action to advocate for doctors of optometry and patient safety, as it's clear that deliberation in the contact lens marketplace is far from over.

Dr. Andrews noted in the letter from CooperVision, "as evidenced by a new statement from the FTC Commissioner, the agency seemingly believes that consumer choice outweighs contact lens wearers' health and well-being. This contradicts our conviction about your central and critical role in patient safety."

Doctors can also take action to voice their concerns and help maintain the momentum against this egregious proposal: