July 2, 2020
A company selling a brand of colored contact lenses online without federal clearance or a doctor's prescription has announced it is voluntarily recalling hundreds of pairs of its product nationwide. 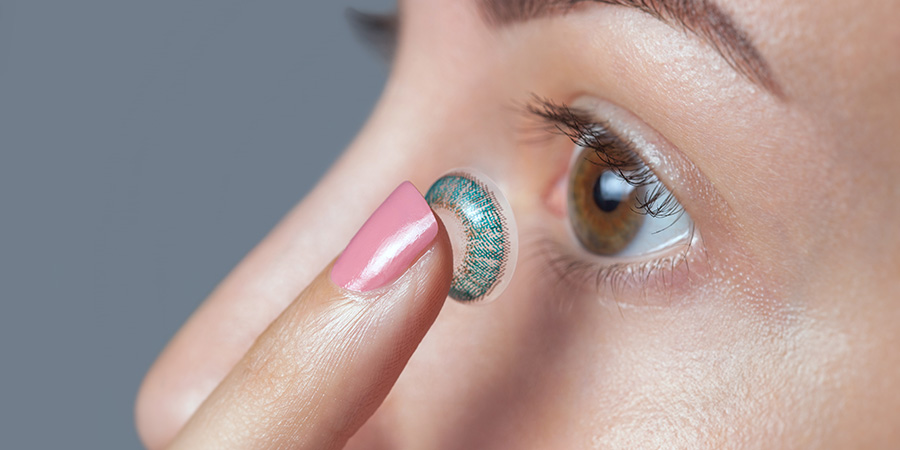 Called out in the AOA's annual "31 in 31" campaign last fall, a company selling a brand of colored contact lenses online without federal clearance or a doctor's prescription has announced it is voluntarily recalling hundreds of pairs of its product nationwide.

In April, prior to the recall, the AOA reached out to the Food and Drug Administration (FDA) and the Federal Trade Commission (FTC) to raise additional concerns with the help of a Richmond, Virginia, doctor of optometry who reported a patient had been harmed by contact lenses purchased from the retailer TTDEYE.

On June 24, the FDA posted a public service notice announcing that Chengdu Ai Qin E-Commerce Co., Ltd., had initiated the recall of 1,362 pairs of colored contact lenses. The FDA did not initiate the recall, but the announcement noted that the lenses had not been cleared for sale by the FDA.

May pose a health threat

"The relevant series of contact lenses have been found to be distributed without FDA clearance and may pose a threat to health," the company's announcement reads.

Anyone with the product was asked to "immediately cease use" and contact the company. It's worth noting that the e-commerce company says it had received no complaints to date. However, it has been on the AOA's radar since 2017.

Angela Billmayer, O.D., who practices in the Richmond area, reported her concerns to her local AOA affiliate and then the AOA. A new patient had come to her office after wearing lenses bought on the TTDeye website, though she had exercised good contact lens hygiene habits.

"As soon as she started wearing them, she began having pain and redness in her eyes," Dr. Billmayer says. "Her eyes looked horrible. She had so much inflammation, I was concerned it was going to cause permanent corneal scarring and possibly permanent vision loss. She had severe keratitis and conjunctivitis."

Citing Dr. Billmayer's concerns for her patient, the AOA followed up with a letter from then AOA President Barbara L. Horn, O.D.

"Had the AOA's message to act on this retailer in November 2019 been taken seriously, this patient would never have been able to receive a medical device that she was not prescribed," Dr. Horn wrote in an April 7 letter to FTC Chairman Joseph Simons.

The AOA's advocacy team organized meetings between Dr. Billmayer and the congressional staffs of her senators and House of Representatives member in late May and early June, so Dr. Billmayer could relay her concerns and the situation that occurred with her patient being harmed. It's a doctor's duty to report illegal lenses, Dr. Billmayer says.

"It's really scary to think how many people might be harmed by these non-prescription lenses," she says. "I just wanted to do my part to put an end to that. People think we fight these sales because we (doctors of optometry) want to be the ones selling contacts.

"That's the furthest thing from the truth," she says. "We just want to make sure our patients are getting the proper medical devices."

The AOA will continue to work with the FTC to ensure that contact lens retailers do not sell patients without a prescription.

How to report suspicious sales

Although the AOA is not a regulatory enforcement agency, one of its key missions is to serve as a resource to the public for reliable and current information related to safe management of contact lenses. Here's how doctors of optometry can help:

For more information on illegal retailer or incident reporting, contact the AOA's Director for Coding and Regulatory Policy Kara Webb at kcwebb@aoa.org.