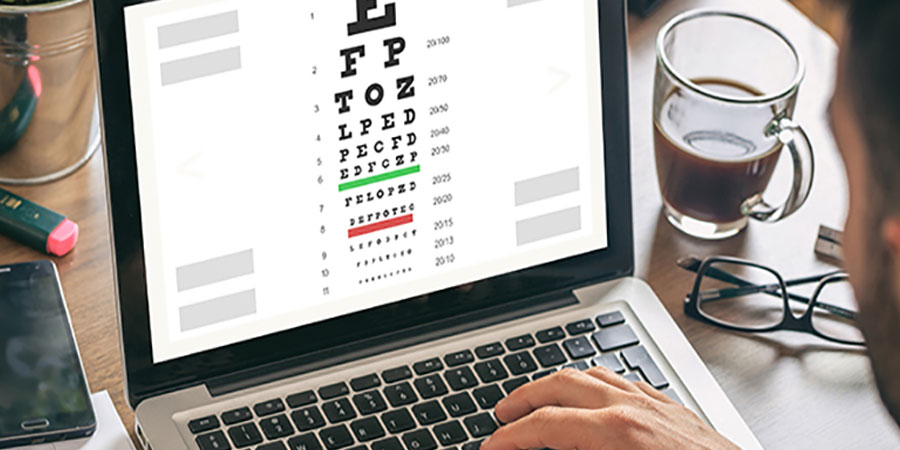 Chicago-based Visibly, formerly known as Opternative, is no longer making its online refractive vision test available on its website, reflecting an Aug. 8 notice by the Food and Drug Administration (FDA). Recall notices are issued by companies when told by the FDA a product is being offered in violation of federal law.

"Optometrists and other physicians know that eye exams are essential care and that new health technologies must always enhance the doctor-patient relationship and help deliver improved outcomes."

For more than three years, the AOA has steadfastly and vigorously complained to the federal agency about concerns that the online test marketed by Visibly potentially posed serious health risks to the public and did not comply with federal law.

The recall document cites Visibly's "lack of 510(k) clearance" and stated the cause for the recall was the company's failure to submit a marketing application. The 510(k) clearance refers to a premarket application made to the FDA that a medical device, to be marketed, is at least safe and effective ("substantially equivalent") as a legally marketed device that is not subject to premarket approval.

"The Visibly Online Refraction Vision Test is being recalled since the firm has not received authorization from FDA to market the product," the recall notice reads.

The recall reflected longstanding AOA concerns made through formal complaints to the FDA.

"Optometrists and other physicians know that eye exams are essential care and that new health technologies must always enhance the doctor-patient relationship and help deliver improved outcomes," AOA President Barbara L. Horn, O.D., says. "They must also comply with the law—that's exactly what the AOA and our state associations have insisted on through the information we provided to the FDA and other agencies in this matter, and we're proud that it appears to have made a difference."

Adds former AOA President Christopher J. Quinn, O.D.: "In our initial complaint to the FDA we called upon the agency not to permit the continued marketing of this online vision test until the agency fully reviewed the safety and efficacy issues raised by the device. This FDA recall is a clear response to AOA's call to action to protect patients."

In a Dec. 18 online article, Visibly reported it had 50 employees at its headquarters and offers remote vision tests online from $35 in conjunction with ophthalmologists in as many as 34 states. The company claimed to have raised nearly $20 million in venture capital funding over the past three years, including from firms affiliated with Koch Industries and Pritzker Group.

Keeping the pressure on

The AOA originally filed an expansive complaint against Visibly (Optermative) in April 2016 with the FDA, raising concern over potentially serious health risks and Opternative's noncompliance with federal medical device and patient safety laws. At that time, the AOA emphasized that Opternative's lack of premarket approval (PMA) prior to marketing was a violation of the Food, Drug and Cosmetic Act (FDCA), and therefore should be removed from the market altogether.

In the complaint, the AOA argued that Opternative's apparent position is that its mobile app is substantially equivalent to a visual acuity chart, color-vision tester and medical device data system, consequently not requiring premarket approval. In the complaint, the AOA challenged that position with its own assessment of the mobile app by reviewing Opternative's March 2014 patent application. AOA stated that Opternative's patent application alone "strongly suggests that even Opternative recognizes that its device is not substantially similar to any predicate device." After all, part of a patent application is the claim that something differs from existing technology, the AOA noted.

In 2017, the FDA issued a warning letter to Opternative indicating the company was in violation of the FDCA and requested the company "immediately cease activities that result in the misbranding or adulteration of the On-Line Opternative Eye Examination Mobile Medical App device, such as the commercial distribution of the device through your online website."

Late last year, Opternative rebranded itself and changed its name to Visibly.

A recall is a method of removing or correcting products that are in violation of laws administered by the FDA. "Recall is a voluntary action that takes place because manufacturers and distributors carry out their responsibility to protect the public health and well-being from products that present a risk of injury or gross deception or are otherwise defective," the FDA says.

The FDA will be monitoring the company's actions in light of the recall.

"AOA will continue working with federal agencies, Congress and the patient advocacy community in support of the highest standard of care and to further strengthen the doctor-patient relationship," says Jon Hymes, AOA executive director. "This means doing everything possible to ensure that other similar products currently on the market are also held fully accountable."

Visibly/Dr. Steven Lee did not respond to our request for comment about the FDA recall.