February 3, 2022
AOA members and other professionals object to a national high school federation no longer mandating protective eye gear for field hockey players, illustrating how AOA advocacy is fueled by doctors of optometry and their leadership on the local, state and national levels. 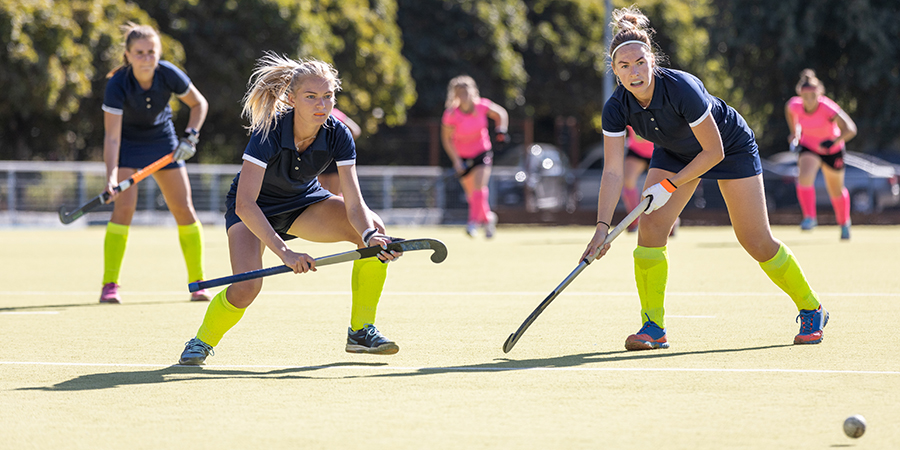 Field hockey season is months away—it’s usually played in the fall by high school and college teams—but it’s currently on the mind of an AOA member who is raising the alarm after the National Federation of State High School Associations eased its rule requiring protective eyewear.

Under the new rule, which went into effect for the 2020 season, protective eyewear is no longer required for high school field hockey. The rule was first adopted by the federation in 2011 and went into effect last season. But the federation’s action is headed in the wrong direction, argues Karl Citek, O.D., Ph.D., Pacific University College of Optometry professor who represents the AOA on the American National Standards Institute's Accredited Standards Committee for Ophthalmic Optics. Dr. Citek also is chair of the AOA Commission on Ophthalmic Standards.

The federation, which writes rules for playing high school sports and provides guidance on other national issues, says its ultimate goal is “to ensure that all students have an opportunity to enjoy healthy participation, achievement and good sportsmanship in education-based activities.” Dr. Citek would like the federation to reconsider easing the rule.

“A perfectly reasonable standard for protective eyewear for field hockey had been in place for many years,” Dr. Citek says. “Unfortunately, some athletes suffered injuries to the face and head when wearing the proper protective eyewear, prompting some individuals to post information on websites incorrectly suggesting that the protective eyewear was the cause of the injuries, completely ignoring the fact that the athlete's eyes and surrounding structures were minimally affected, if at all.

“With all due respect, I beg to differ with the federation and hope it reconsiders its action,” he says.

AOA advocacy is fueled by doctors of optometry and their leadership on the local, state and national levels.

In July 2020, the federation’s board of directors approved a change in its eyewear rule for field hockey. In an article online, the board was reportedly taking the action in response to “longstanding concerns regarding the wearing of goggles in high school field hockey.”

The rule in question, found in the federation’s Field Hockey Rules Book, had been in effect since 2011 and stated that “players shall wear eye protection that met the ASTM standard for field hockey at the time of manufacture.” It now reads, “Goggles may be worn by all field hockey players.”

“While there is a required ASTM standard for field hockey goggles, there is no NOCSAE (National Operating Committee on Standards for Athletic Equipment) standard, which is preferred as NOCSAE’s aim is to protect against worst-case injury,” the online article reads. “The ASTM 2713 standard is not protective against a direct ball to the eye in testing. NOCSAE will not certify any facial/eye protection unless it is integrated into a helmet.”

Other concerns were the lack of availability of ASTM-certified goggles for all field players, in particular for players with corrective lenses, and the lack of significant research on whether goggles “reduced the number of eye injuries, particularly those of a catastrophic nature.”

“Given the fact that the previous rule that required goggles did not completely lessen the risk of catastrophic eye injuries, and that the product does not exist for players with corrective lenses, and that there is no NOCSAE standard for field hockey goggles, and that the wearing of goggles prevents players from wearing corner masks on penalty corners, the Board believed it was time to make the rule permissive in nature rather than mandatory,” a federation official said in the article.

The federation’s action sparked a response in a letter from the AOA to the federation in May 2021, including from former AOA President William T. Reynolds, O.D., and Dr. Citek, among others.

“As a result (of federation statements in the article), there has been some confusion about the importance of eye protection in field hockey,” the letter reads. “With the current state of affairs, it is imperative that we highlight the importance of a national mandate for eye protection in high school field hockey and address the confusion that protective goggles are claimed not to reduce the number of eye injuries, particularly those of a catastrophic nature, as purported (by the federation). Eye protection is effective in preventing and reducing ocular injuries among athletes participating in high-risk sports.”

“Rule changes that mandate protective equipment have been shown to be effective at increasing eyewear protection,” they wrote. “Recent research shows that the ASTM standard, when mandated, reduces the incidence of eye/orbital injuries, and decreases the incidence of severe eye/orbital and head/face injuries at a greater than 3-fold reduced risk.”

Concerns about safety have not lessened since signing the letter. And according to one study, the protective eye gear made a difference.

“The ball—and the stick used by players—are just the right size to fit in the orbit and can do a lot of damage to an eyeball,” Dr. Citek says. “Even though field hockey is touted to be a ‘non-contact’ sport, it still is a physical game, not only with balls and sticks, but with players often in close proximity and in occasional physical contact.

How can doctors of optometry shed light on the roles of protective eyewear and comprehensive eye examinations in sports?

Start with conversations with your patients engaging in sports, their parents and coaches. You can access valuable resources and join the AOA Sports & Performance Vision Advocacy Network.