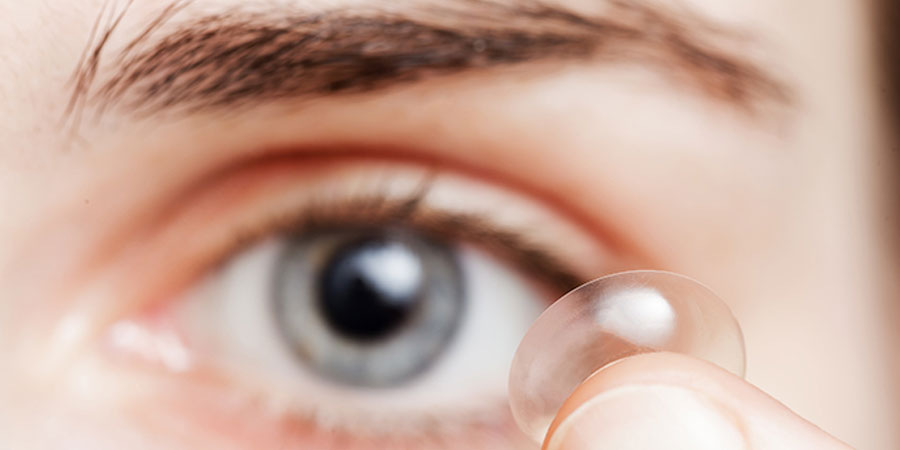 "Playing fast and loose with some basic consumer protections" is how a recent exposé characterized Hubble Contacts months after the company rebuked AOA for drawing attention to its prescription verification process.

Published Dec. 14 by the business news website, Quartz, the article details a reporter's attempt to circumvent the direct-to-consumer contact lens brand's routine, online ordering process to see if concerns about its prescription verification process—similar to those warned about by the AOA and state associations—were founded. The article's headline doesn't mince words: "Contact lens startup Hubble sold lenses with a fake prescription from a made-up doctor."

Neither seen by an actual eye doctor nor even a contact lens wearer, the Quartz reporter deliberately entered false prescription information to test Hubble's prescription verification for a free, two-week trial. Despite the bogus information—entered alongside the reporter's valid credit card and shipping address—the Hubble contact lenses arrived days later, Quartz says. That's when the reporter approached the company's founders.

"I asked if they were sure Hubble was verifying every prescription. "Yes," [Ben] Cogan said. "Of course," [Jesse] Horwitz said. "I mean, we wouldn't be able to sell if they weren't," Cogan added. I explained how, even though I don't wear contacts or have a prescription, I had ordered and received the free two-week trial through Hubble's website..." -Quartz

Hubble Contacts' founders responded that though customers tend to get prescription information right, they're not as accurate on their doctor information, Quartz says. In the event that a customer enters a doctor/clinic and a city that doesn't match Hubble Contacts' auto-fill menu, Quartz quotes Horwitz as saying:

"So what would happen is somebody looks it up, they say, 'Oh, this is what the person probably meant, we'll leave a message with that office.' And then it's the office's responsibility to get back to us if it's not their patient ... the order cannot ship without a call being placed." -Quartz

Except in the case of the Quartz reporter, her order did ship. Quartz notes that when Hubble tracked the order through the doctor's name—David Murphy at Quartz Clinic in New York City—it had been routed to someone of that name at a "health and wellness center." Although Quartz says Hubble later followed up and "confirm[ed]" the prescription "went through the proper and legal verification methods," the reporter says the closest match she could find online was for a deep-tissue massage therapist in Manhattan.

Most concerningly, the Quartz reporter notes she had five other people attempt to purchase Hubble contact lenses using bogus prescriptions and fake doctors. While one was flagged for additional information, Quartz says four others received confirmation that their orders shipped.

When pressed by critics that "there is no 'actual harm being done' by Hubble, and the 'original consumer safeguards are ridiculous," the reporter doubled down. Drawing parallels between the company's approach to federal regulations and to recent scandals including Theranos, the reporter underscored that startups are not above the law.

The Quartz article independently supports concerns that AOA first raised with enforcement agencies, legislators, the media and the public about Hubble Contacts in 2017, which at the time drew a threatening letter from the company's lawyers.

In March 2017, AOA sent letters to the Food and Drug Administration (FDA), Federal Trade Commission (FTC) and Department of Justice asking these agencies to investigate Hubble Contacts for possible irregularities related to prescription verifications for its contact lenses. In these letters, AOA renewed its call for an investigation. Prescription verification is a crucial tenet of the Fairness to Contact Lens Consumers Act (FCLCA) and the Contact Lens Rule that set requirements for both prescribers and sellers of contact lenses.

Following an article published in April 2017 describing AOA's advocacy efforts with regard to industry compliance with laws and regulations applicable to contact lens sales, Hubble Contacts took issue with the contents of the article and the letters, accusing AOA of defaming the company, and demanded AOA publish a retraction.

The AOA refused to retract its story and continued to alert government officials, the media and the public of potential violations, most recently in its 31-in-31 campaign this past October. That campaign issued 31 letters regarding suspicious contact lens retail sales in as many days to the FDA and FTC.

How doctors can help AOA's advocacy

Have information about a suspected illegal sale of contact lenses? Better documentation on illegal contact lens sales helps make the case for increased enforcement by the FTC. That's why the AOA requests doctors provide reports of illegal sales of contact lens complications to the FTC and AOA. Here's how: