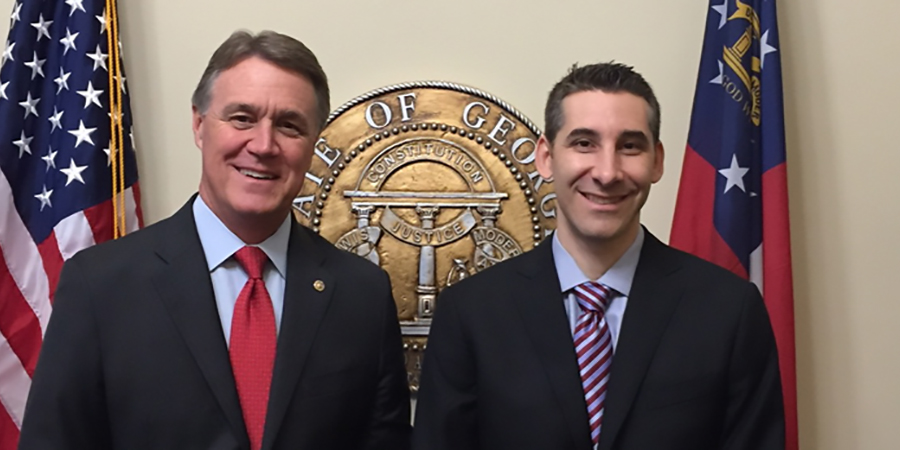 Contact lenses are regulated medical devices that require a valid prescription from the patient's doctor; however, the letters point out it's clear that some online retailers utilize tactics that attempt to blur that line, mislead consumers or altogether sidestep FCLCA rules designed to protect contact lens wearers.

"In fact, tactics such as deceptively asserting the right to act as the patient's agent and failing to effectively communicate the need for appropriate physician oversight when using contact lenses poses a threat to public health and safety," states the Dec. 8 letter, penned by Rep. Derek Kilmer (D-Washington), a member of the House Appropriations Committee. Thirty-six other U.S. House members, representing districts in 18 states, signed on to Rep. Kilmer's letter.

"Given the requirements of the FCLCA and the authority vested in the FTC, something must be done."

AOA President Steven A. Loomis, O.D., added: "Congress is hearing from AOA doctors on this issue and our efforts on Capitol Hill are making a difference. We salute the leadership being demonstrated by Sen. Perdue, Rep. Kilmer and the dozens of other lawmakers who are speaking out in support of quality care and patient safety at just the right time."

The concerned members of Congress are recommending a comprehensive review of the Internet sales industry's practices, one that would allow FTC officials to make full use of the patient care and public health expertise of other federal agencies, including the Centers for Disease Control and Prevention, and Food and Drug Administration.

Rep. Kilmer and his U.S. House co-signers echoed the concerns of Sen. Perdue, who also petitioned the FTC to curb online retailers' misleading information about how consumers can obtain contact lenses: "...it seems that FTC's lack of enforcement of the Fairness to Contact Lens Consumers Act has added to these misconceptions."

Both letters from Capitol Hill come at a particularly important time as the FTC has launched an official once-per-decade review of the Contact Lens Rule and Ophthalmic Practice (Eyeglasses) Rule. The AOA's own comments, delivered in October, also urged the FTC to take action against unscrupulous Internet sellers and safeguard doctors and patients from deceptive and illegal tactics

Comments to the FTC included real-world implementation concerns of these rules with AOA members rallying to provide instances of patients harmed, incorrect or unauthorized contact lenses sold, and other irregularities and vulnerabilities with the current system.

Dr. Loomis added, "On behalf of patients and based on our mission of caring for America's eye health, the AOA is insisting that basic public health safeguards be made the number one priority as federal officials review existing regulations and the business practices of unscrupulous Internet sellers."

The FTC will review all feedback from the public comment period before deciding whether to propose specific changes to the rules.