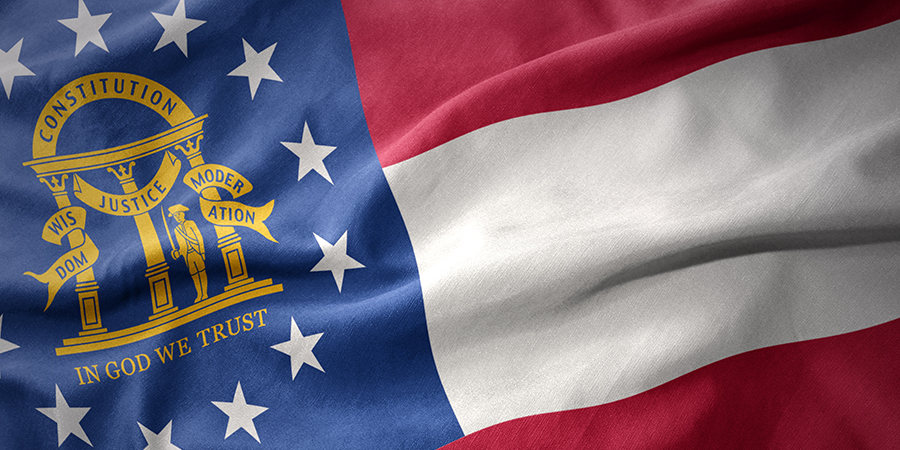 It was a groundbreaking and hard-fought victory for patients and their doctors of optometry practicing in the state of Georgia when its governor signed into law in 2016 a requirement that an in-person, comprehensive eye examination be provided by an eye doctor before a prescription for eyeglasses and contact lenses could be penned.

Although the threat from lobbyists working on behalf of 1-800-Contacts hasn’t abated, their well-funded efforts to undermine the law and patient protections have been thwarted to date by doctors of optometry, including brushing back a last-minute effort on Feb. 15. It was the second failed attempt to undermine the Georgia law since its inception.

“As long as 1-800 Contacts and others propose virtual, nonsynchronous eye care, we will continue to fight based on current law,” Dr. Sorah vows.

1-800 Contacts has twice tried to roll back patient protections in Georgia spelled out in the 2016 law—once last year and most recently with H.B. 629 on Feb. 15.

Within the hour of the start of a meeting of the House Health and Human Services Committee, H.B. 629 was suddenly added to the agenda. That bill proposed to strike from the 2016 law key language and create a double standard between doctors of optometry and ophthalmologist when it comes to providing care to patients.

“From its initial presentation during last year's legislative session to its most recent iteration, the GOA has opposed this bill on the grounds that it puts our patients’ eye health at risk and violates current state law,” Dr. Sorah says. “The thrust of the bill has been to allow patients to renew their contact lens prescriptions by bypassing an annual visit with their eye doctor, whether it’s a doctor of optometry or an ophthalmologist.

“In a last-minute meeting, 1-800 Contacts and the bill’s sponsor amended the bill to ‘carve out’ optometry but allow an ophthalmologist—licensed but not necessarily practicing in the state of Georgia—to renew a contact lens prescription via a telehealth ‘assessment’ at unspecified intervals. There was no requirement or any timeline given by which a contact lens patient must have a comprehensive, in-person eye health and vision examination. Of course, federal law prevents a contact lens prescription from being valid longer than 12 months.”

Operating with little notice, the GOA leapt into action—though they had a plan.

Preparing for the possibility that 1-800 Contacts would regroup, GOA doctors were alerted and, in turn, reached out to members of the House Health and Human Services Committee. The GOA and its members leveraged established relationships with the committee. Those contacts made a difference, says Bryan Markowitz, GOA executive director. Key GOA doctors of optometry were texting and calling their representatives even as the bill was being read aloud in committee, Markowitz says.

Markowitz and other staff, who attend the legislature each day when it is in session, scurried to the meeting room and touched base with members of the House committee as they entered the hearing room. And Dr. Sorah, who practices about 1.5 hours away, jumped in his car and made it to Atlanta in case he was needed to testify. The GOA’s general counsel, Aubrey Villines, was on hand and he testified.

The bill was tabled—for now. Meanwhile, everyone is prepared should 1-800 Contacts regroup, Dr. Sorah and Markowitz say. Vigilance is required.

“The key is that this is not the first time members of the House Committee have heard from us,” says Markowitz, noting that GOA members talk often with legislators about the merits of an in-person, comprehensive eye exam. “We are there every day.”

AOA's State Government Relations Committee volunteers and staff stand ready to work side by side with your state, so that your keyperson program is as strong as possible. Please don’t hesitate to reach out to AOA staffers Daniel Carey (dcarey@aoa.org) or Dana Reason (dreason@aoa.org) with any potential needs for your state.