February 7, 2019
States’ 2019 legislative sessions are well underway and, already, optometry’s advocates can report important progress on patient safety and scope bills in a pair of states. 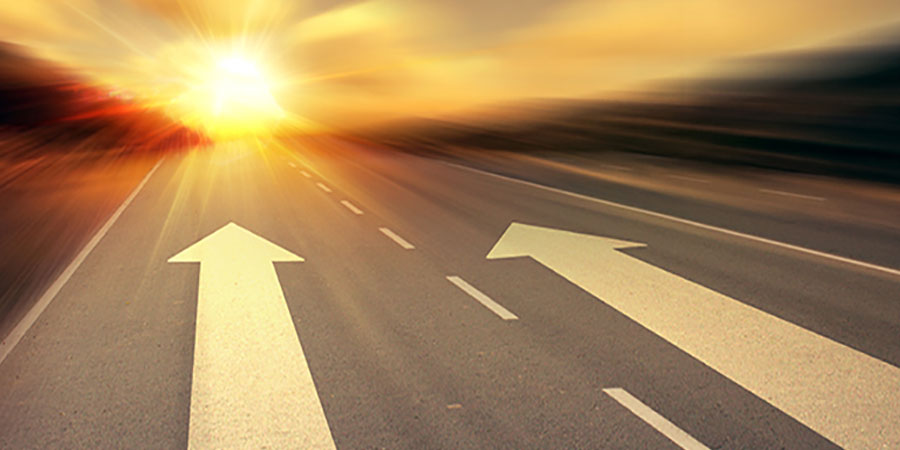 A national advocacy action plan to ensure optometry's future-focused role in health care is uniting the profession and putting organized medicine's lobbying machine on the defensive.

"Clearly on the defensive, the American Academy of Ophthalmology (AAO) responded with an urgent fundraising appeal to its members in January based on "optometry attempt[ing] to gain surgical privileges in as many as 28 states."

The AOA Future Practice Initiative, launched by AOA President Samuel D. Pierce, O.D., and the AOA Board of Trustees in 2018, in close partnership with state affiliates, is poised to fix outdated state laws that unfairly limit how doctors of optometry practice and provide essential care for their patients, including through fully recognizing new and advanced procedures that reflect optometric education and training. Through its advocacy and communications operations in St. Louis, Missouri, and Washington, D.C., AOA is providing a range of resources to boost state affiliate efforts and help produce legislative wins that will define eye health care delivery and support optometry's essential and expanding primary care role well into the future.

"On behalf of our patients, optometry is mobilizing to do everything it takes to advance our practices and define our profession for years to come," Dr. Pierce says. ""By supporting our AOA and state associations right now, our member doctors and students are answering our profession's most important call to action ever, and we're getting results."

One key to AOA's effort is growing new support for optometry. In December, the U.S. Department of Health and Human Services (HHS) publicly heeded AOA's call to increase patient access to care and assure new health care choices for the public. This agenda-setting government report specifically outlined that doctors of optometry can provide the same services as other physicians and, in an historic rebuke to turf-obsessed medical groups, emphasized that "states should consider changes to their scope of practice statutes to allow all health care providers to practice to the top of their license, utilizing their full skill set."

Clearly on the defensive, the American Academy of Ophthalmology (AAO) responded with an urgent fundraising appeal to its members in January based on "optometry attempt[ing] to gain surgical privileges in as many as 28 states." The AAO's plea describes an unprecedented "scope grab" by "optometrists performing above the limits of their training" and seeks contributions to a special fund the organization has established to lobby against state law updates, and attack optometry and its educational institutions.

With most states' 2019 legislative sessions underway, armies of the profession's advocates—state leaders, legislative chairs, PAC contributors and doctors and student advocacy volunteers from across the country—are hard at work, diligently championing updated laws that will allow Americans to receive full access to the primary eye care services they need and desire. As early progress is being made in a number of states, others are looking at creating opportunities in 2020 and 2021, reflecting the long-term commitment to future and advanced practice outlined by Dr. Pierce and the AOA Board.

Wyoming is one of those states championing an updated practice act to help bolster patient access to essential eye health.

Joseph Maycock, O.D., Wyoming Optometric Association (WOA) president, is fact-checking false claims about the bill and making it clear that an updated law will allow doctors of optometry to provide care that is fully consistent with optometric education and training, while expanding patient access and choice for the essential eye health care needed in communities across the state.

"This bill will provide patients the option to receive qualified care from a doctor of optometry or an ophthalmologist," Dr. Maycock says. "This will ultimately provide greater access for the patient, providing an option of having their care done locally, without needing a referral, without a duplicate exam, without a day off from work to travel, and without associated travel costs."

Those concerns resonated once SF 55 passed out of the Joint Labor, Health and Social Services Committee in late 2018 and into the Senate, where the bill passed with overwhelming support (receiving a 22-7-1 vote of confidence). Now referred to the House, SF 55 is now the target of increased fearmongering tactics, including from groups far outside of the state.

Kari Cline, WOA executive director, says SF 55 has met opposition at every step but that significantly intensified following the bill's Senate victory. Recently, opponents have sponsored attack ads on radio and social media, sent opposing letters to House members, and peddled misleading information and surveys about what SF 55 seeks to accomplish. Despite these efforts, optometry's concerns about patient access continue to dominate discussions.

"We continue to rely on our grassroots efforts as the primary eye care providers for 98% of the Wyoming population," Cline says. "We are hoping those relationships hold h2 in the intense discussions to come."

Those discussions won't be far off as WOA anticipates SF 55 making the House agenda in the coming weeks.

Signed Feb. 4 by Gov. Michelle Lujan Grisham, New Mexico H.B. 242 solidifies the essential link between in-person, comprehensive eye examinations performed by an eye doctor and prescriptions for ophthalmic devices. Additionally, the law holds accountable violators who issue prescriptions based solely on objective refractive data or remote exams, and makes it a criminal offense to issue a prescription for eye glasses or contact lenses based on an internet eye test or remote teleconference examination.

Sarah Bortz, O.D., NMOA president, called the bill a significant, essential achievement toward protecting the health and vision of the states' citizens.

"There is no substitute for an in-person, comprehensive eye exam that provides competent refractive measurements and direct evaluation of the eye and surrounding tissue," Dr. Bortz says. "House Bill 242 protects patients against emerging online and remote 'vision tests', which separate optical refraction from the other essential components of an eye exam, leaving people with inaccurate prescriptions and a mistaken belief that their eye health needs have been assessed properly."

But the law was a long time coming and a testament to the diligent grassroots efforts of NMOA members. Originally introduced in 2017, the measure passed both chambers of New Mexico's legislature with overwhelming support before ultimately being vetoed by then-Gov. Susana Martinez. Two years later, legislators identified the bill as one of 42 that would be re-introduced and fast-tracked for Gov. Grisham's signature.

"We greatly appreciate the support of Governor Michelle Lujan Grisham and the leadership of the House and Senate in identifying this legislation for re-introduction," says Bobby Jarrell, O.D., NMOA Legislative Chair.