September 27, 2019
Arkansas doctors of optometry, and their patients, win again as hard-fought efforts avert a referendum for a November 2020 ballot. 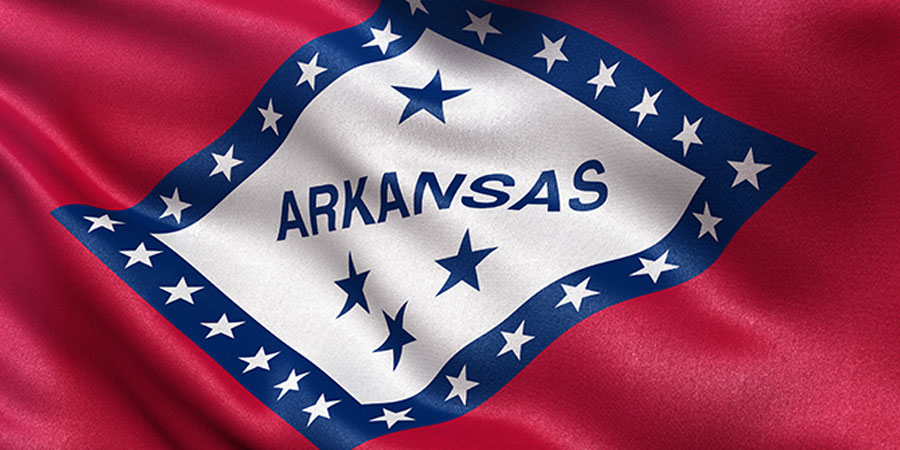 Arkansas' elections director has filed an affidavit characterizing an "unethical and possibly illegal" request regarding invalidated documentation at the heart of a failed attempt to place the state's optometric scope of practice law on the 2020 ballot.

The developments come as Safe Surgery Arkansas, an ophthalmologist-led ballot question committee attempting to reverse Act 579 of the 2019 General Assembly, appealed the secretary of state's decision not to count more than 61,000 of 84,000 signatures that petitioners collected in July, thereby falling short of the 53,491 threshold necessary to trigger a referendum. The matter is now before the Arkansas Supreme Court as Safe Surgery Arkansas challenges the decision.

On Aug. 2, the secretary of state's office announced Safe Surgery Arkansas' petition didn't collect enough signatures to place the scope law on 2020's general election ballot on the basis that some referendum petition canvassers hadn't filed the necessary affidavits-required by a new law passed in 2019-and were therefore disqualified. These invalidated signatures are now the focus of scrutiny by the state's highest court after new testimony comes to light that alleges unethical behavior.

Filed Sept. 25 in the Arkansas Supreme Court by the secretary of state's office, an affidavit from Leslie Bellamy, state director of elections, attests to a July 8 phone call in which a now former employee of the secretary of state's communications and elections division inquired about the invalidated referendum petition canvasser affidavits allegedly on behalf of the attorney for Safe Surgery Arkansas because the attorney "was going to lose $150,000."

Bellamy's affidavit states the employee in question, Jason Cline, asked her if "we could say that Safe Surgery Arkansas' referendum petition canvassers' affidavits 'were just found in the office, like a worker didn't know what they were, or that the affidavits were found in the Business and Commercial Services Division.'" Bellamy informed Cline she would not commit unethical or illegal actions and reported the incident; however, before the secretary of state's office could act against the employee, Cline resigned.

The Arkansas Democrat-Gazette reports Safe Surgery Arkansas' attorney disputes the claims and court records show the attorney filed a motion to deem the affidavit irrelevant in the current Supreme Court case. The court docket next shows the appellee's brief due by Sept. 30.

On Oct. 17, the Arkansas Supreme Court accepted an amicus brief filed by the AOA. Noting its special interest in the case's outcome, the AOA argues that the court should decline to reverse the decision of the Secretary of State and let stand his decision on the invalid signatures. In that way, the public health of Arkansans would be best served.

"The legislature's expansion of the scope of permissible practice by licensed optometrists serves the public interest by making quality eye health care, provided by highly trained professionals, more widely available to Arkansas citizens and generally at a lower cost," the brief reads.

To date, Safe Surgery Arkansas has reportedly spent $150,000 in the referendum petition, while the Democrat-Gazette noted a single lobbyist for the Arkansas Ophthalmological Society spent more than $111,600 to defeat the optometric scope of practice measure.

Signed into law March 27 by Gov. Asa Hutchison, the bipartisan-supported legislation (Act 570 of 2019) amended the state's optometric scope of practice act to permit new procedures, including selective laser trabeculoplasty and YAG laser capsulotomy, certain injections (excluding intravenous and intraocular), removal of lid lesions, and chalazion incision and curettage. The bill is a product of the concerted work and perseverance of Arkansas Optometric Association (ArOA) members with support through the AOA's Future Practice Initiative.

"Optometry must be vigilant as we continue to forge ahead to secure full practice authority in states," says AOA President Barbara L. Horn, O.D. "The Arkansas Optometric Association and all member doctors of optometry continue to come out on the side of what is right-patient access to the essential care we deliver. It is critical for the AOA and affiliates to work together for us to continue to take on the highly funded battles that are being waged to limit patient access to that care."

How Arkansas scope bill got here

On Aug. 2, the secretary of state announced that its office of elections had completed its review of a petition filed by Safe Surgery Arkansas seeking a ballot referendum on a new state law expanding optometric scope of practice, including advanced surgical procedures. The group failed by a considerable margin in gathering the nearly 53,500 valid signatures from registered voters to put the measure on the ballot.

"This Office has determined that the petition contains 23,953 signatures on its face, thus it is declared insufficient," wrote Director of Elections Leslie Bellamy.

Failure to meet the signature threshold averts a referendum on the November 2020 ballot.

"We are pleased with today's outcome," says Vicki Farmer, chairperson of Arkansans for the Healthy Eyes Ballot Question Committee. "The real winners are Arkansas patients, who will have improved access to eye care under Act 579, and Arkansas voters, who can be assured with today's rejection of more than 60,000 invalid signatures that special interest groups won't be allowed to submit thousands of unlawfully solicited signatures and expect to unwind a duly enacted law in our state.

"We applaud the secretary of state and his staff for their diligence in accurately applying the law and conducting a fair and thorough review," adds Farmer, also ArOA executive director. "We can now focus on the credentialing process. We are grateful to be one step closer to providing Arkansas patients with better access to quality eye care."

Meanwhile, the AOA continues to partner with state affiliates under the Future Practice Initiative and remains vigilant in Arkansas, ready to assist as much as needed.

"We're definitely thrilled that Arkansas has this new law that expands optometric scope for doctors of optometry and access to care to patients," Dr. Horn Dr. Horn said at the time. "It's also a great example of how the AOA and affiliates across the country worked together to support the Arkansas Optometric Association. We need to work as one organization.

"But we also need to keep our guard up," adds Dr. Horn, noting opposition from ophthalmologists. "We're moving on to other states and they can continue to spend their money to fight patients' access to care. We'll be ready to keep fighting for our patients and their access to the essential care our doctors of optometry provide."

The well-funded opposition to scope expansion in Arkansas was stiff. But, Sen. David Wallace, R-Leachville, who sponsored HB1251 in the Senate, says optometry fought back hard­­-and won.

"That was a tough fight. The optometrists had them outnumbered on the ground in talking to the representatives and senators. They had boots on the ground, and the ophthalmologists spent the money. I was really impressed with the organization of the optometrists."

Sponsored by Rep. Jon Eubanks, H.B. 1251 (Act 579) was introduced in January and initially encountered a speed bump in the House Public Health, Welfare and Labor Committee. After amendment, the bill gained bipartisan support and swept through both the House (70 to 19) and Senate (25 to 8) before landing on Gov. Hutchison's desk. Now law, the scope amendments take effect 90 days after the legislative session ends and following a formal rule promulgation process to be approved by committee.

Belinda Starkey, O.D., ArOA immediate past president, says this progress is a testament to the important primary eye health care that doctors of optometry deliver to patients every day.

"We're very excited that the incredible effort of our ArOA members has been successful in passing our bill through both legislative chambers with overwhelming, bipartisan support," Dr. Starkey says. "The most exciting aspect is that families across the state will have much greater access to comprehensive eye health and vision care with doctors of optometry being authorized to practice near the fullest extent of our training.

"The ArOA wants to send a huge 'thank you' to all of the legislative members who have supported this critical legislation throughout the process," Dr. Starkey adds. "We would also like to thank the AOA and colleagues across the country for their help and support."

As optometry delivers 85% of the primary eye health care in America- practicing in counties that make up 99% of the U.S. population-AOA and state associations recognize that optometry is well-positioned, trained and qualified to address questions of patient access. Yet, restrictive state laws based on archaic assumptions of optometry's education and abilities have created self-imposed barriers long perpetuated by those seeking a maintenance of the status quo.

However, a recent, agenda-setting report from the U.S. Department of Health and Human Services (HHS) underscores optometry's stance that the status quo is flawed. Released Dec. 3, the report outlaid reforms the government should take to deliver optimal care to Americans, including realizing new health care choices for the public and identifying barriers on federal and state levels to market competition.

Not only did the report specifically note that doctors of optometry can provide the same services as other physicians, it also emphasized that "states should consider changes to their scope of practice statutes to allow all health care providers to practice to the top of their license, utilizing their full skill set." Such high-level validation only emboldens the profession's advocates, already working diligently to bring scope of practice laws into the 21st century.

The AOA's Future Practice Initiative, launched by AOA President Samuel D. Pierce, O.D., and the AOA Board of Trustees in 2018, in close partnership with state affiliates, is poised to fix those outdated state laws that unfairly limit how doctors of optometry practice and provide essential care for their patients, including through fully recognizing new and advanced procedures that reflect optometric education and training.

"On behalf of our patients, optometry is mobilizing to do everything it takes to advance our practices and define our profession for years to come," Dr. Pierce said. "By supporting our AOA and state associations right now, our member doctors and students are answering our profession's most important call to action ever, and we're getting results."

Like any effort to update scope of practice acts to reflect the current, high-level education and training that doctors of optometry receive in accredited schools and colleges of optometry, naysayers redouble their efforts to cast doubt through baseless claims. Yet overwhelmingly, legislators support optometry's accessibility and clinical prowess as primary eye health care providers.