January 7, 2021
A scope expansion years in the making was signed into law with a comprehensive health care and telehealth bill on New Year’s Day. 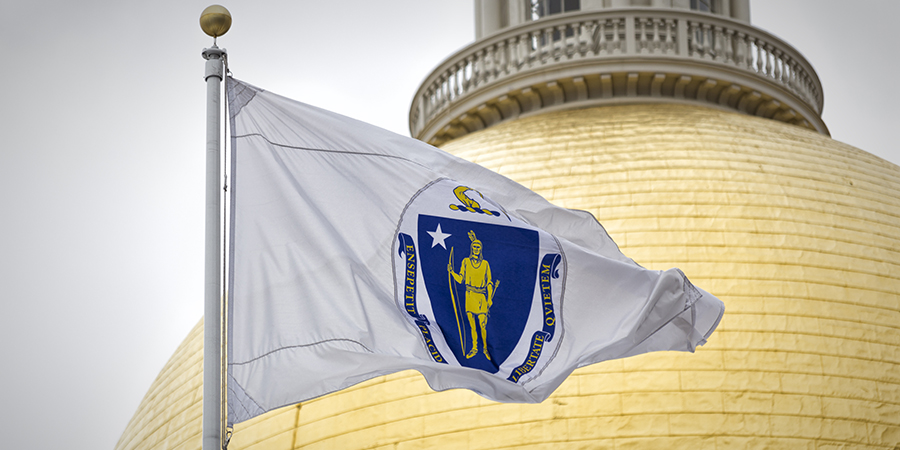 Signed Jan. 1 by Gov. Charlie Baker, the comprehensive legislation ostensibly aimed at requiring insurance companies to cover telehealth visits in the same way as in-person visits, also contained a laundry list of health reforms to promote affordable care and patient access for Bay State residents, including an expansion of the state’s optometric scope of practice act for glaucoma treatments. Historically, Massachusetts’ prescriptive scope law made it the only state in the nation to deny doctors’ of optometry authority for glaucoma treatments as organized medical groups routinely imposed barriers to patients receiving contemporary optometric care.

“This is a significant and important step forward for doctors of optometry and their patients in the state of Massachusetts, and a step that has been over 14 years in the making,” says Wayne Zahka, O.D., executive director of the Massachusetts Society of Optometrists (MSO). “We share our gratitude to all the people who worked on our scope legislation over the years—these wins cannot be achieved alone. Every doctor of optometry should support the AOA and their state affiliates as these are the only organizations helping to accomplish this kind of work, helping position doctors to deliver the care our patients deserve.”

Specifically, the legislation permits doctors’ use and prescription of topical and oral therapeutical agents, including those in schedules III, IV, V and VI, for diagnosing, preventing, treating or managing glaucoma, as well as the prescription of all necessary eye medications, including oral anti-infectives. The legislation becomes law 90 days after the governor’s signature, and in the meantime, the state board will promulgate rules and the MSO will provide doctors additional information on certification going forward.

The legislation, reportedly accelerated by the COVID-19 public health emergency, is an amalgamation of administration health care reforms and priorities first identified in 2019. That original framework included direction to improve and align optometry’s scope of practice standards with other states, allowing optometry to treat glaucoma and other conditions and prescribe certain medications. But well prior to 2019, optometry’s advocates in Massachusetts worked diligently not only to keep scope expansion on the docket but also to change public perception.

“There has been great work over the years by many MSO members to develop strong support for optometry,” says Matthew Forgues, O.D., MSO immediate past president. “Our scope bill ultimately passed in a much larger health reform bill, but it was the groundwork and plan implemented by Dr. Zahka and our legislative committee over the past four years that made it happen.”

Building on years of advocacy work

In 2016, Massachusetts’ legislators were once again considering a bill in the statehouse to permit glaucoma treatment, but optometry’s advocates met a familiar barrier erected by organized medical groups—namely, the false perception that such expansion would harm patients. Notwithstanding, the MSO repeatedly emphasized that accredited schools and colleges of optometry—including both programs in Massachusetts—had taught glaucoma care and detection for years, and doctors of optometry had successfully diagnosed and provided such care for decades.

Concurrently, federal antitrust authorities stressed these same arguments in a formal response to legislators considering the scope modernization efforts. Then, the Federal Trade Commission and Department of Justice issued a joint statement that doctors of optometry “serve as a first line of defense” to “facilitate earlier diagnosis and less costly treatment of glaucoma,” and excluding doctors of optometry from offering such care “may limit price competition to serve these patients.”

The response continued: “Under current law, however, Massachusetts prohibits optometrists from treating glaucoma. Unwarranted restrictions may be reducing patient access, raising costs and foreclosing opportunities for early treatment. For these reasons, we encourage the legislature to consider whether patient welfare can be appropriately served by loosening this restriction.”

Although ultimately the 2016 bill would fail, the MSO committed to a different approach in the next legislative session that relied on changing the perception of optometric care. With Dr. Zahka as legislative chair, the MSO invested in a public awareness campaign, a renewed grassroots initiative and commissioned a study to evaluate the cost savings of expanded optometric scope. Dr. Zahka says the study results spoke for themselves: 86% of surveyed people in Massachusetts supported doctors of optometry providing glaucoma care, while such a scope expansion would save the state’s health system $20 million/year in duplicative fees alone, and over $53 million/year overall.

“Bringing those numbers to legislators along with a more patient-focused bill helped strengthen the argument why optometry should be part of the most recent overall health reform bill in Massachusetts,” Dr. Forgues notes. “We changed the focus of the bill to make it more patient centric and demonstrate how the lack of scope not only limits choice for patients but also increases their cost.”

Also bolstering that data and education was convincing testimony from an optometry student before the House’s Healthcare Finance Committee. Lauren Thamel, a New England College of Optometry (NECO) student, noted that while she was proud to become a third-generation Massachusetts doctor of optometry, many of her peers at the Massachusetts-based school had no intention of practicing within the state given its limited scope. Thamel backed those sentiments up with an informal poll of 101 NECO students that supported her claims, and as if punctuation to her testimony, the committee took no further questions.

“I drew attention to how not being able to take care of patients to the fullest extent in Massachusetts has led to many students graduating and moving away from our great state and taking those bright futures with them,” she says.  “Although I think students played a role in helping us cross the finish line, this scope expansion would not have been possible without the tireless work from the MSO for many years. As a soon-to-be doctor in Massachusetts, I want to thank all the doctors before me for never giving up.”

Adds Dr. Zahka: “When we presented that as part of our education—reiterating that we need more doctors in remote areas and these graduates aren’t sticking around when they graduate—that really seems to have struck a chord.”

Although attempts to pass a standalone scope bill continued to meet resistance, Dr. Zahka notes the opportunity to include scope language within the most recent telehealth reform bill proved fruitful.

To learn more about state advocacy, the AOA has prepared resources to assist members and state affiliates in preparing to address scope expansion. Members may access the AOA’s toolkit for information and resources to better navigate the current political and legislative landscape, as well as how to engage with lawmakers, the media and key audiences.