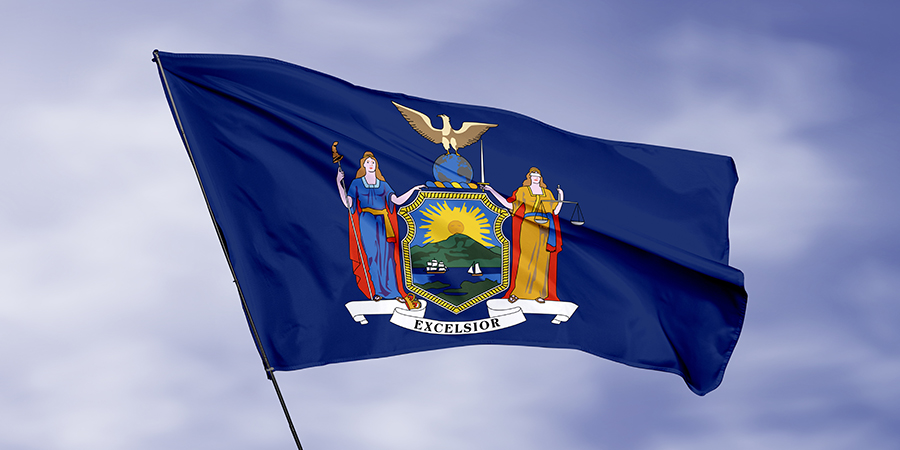 Signed into law by New York Gov. Kathy Hochul on Oct. 25, S. 1519/A. 1921 amend the state’s optometric scope of practice act by authorizing doctors to prescribe a formulary of oral therapeutic pharmaceutical agents for the treatment of eye diseases. Although diagnostic and therapeutic topical drugs have been authorized for optometry since the mid-1980s and 1990s, respectively, New York remained the only state in the nation prohibiting oral prescribing authority after Massachusetts enhanced its scope of practice earlier this year.

“A quarter of a century later, I am more excited about practicing optometry than I was on the day I received my license,” says Viola Kanevsky, O.D., New York State Optometric Association (NYSOA) president. “My heartfelt congratulations and thanks go out to the NYSOA, [State University of New York] Optometry and all the doctors who fought so long and hard to bring better access to optometric care for all the residents of New York.”

Specifically, the new law permits doctors’ use of oral therapeutic pharmaceutical agents, including antibiotics, antivirals and antiglaucoma agents. Doctors must be certified to prescribe oral medications for the treatment of glaucoma and ocular hypertension, must complete an oral therapeutic drug certification course, and must complete an examination unless having graduated from an accredited college of optometry and passed board examinations after the law takes effect, Jan. 1, 2023.

New York’s scope of practice enhancement now means every state legally recognizes optometry’s ability to prescribe oral medications for the treatment of eye diseases, a hard-fought achievement for the profession that began 44 years ago. North Carolina became the first state to authorize oral prescribing authority for optometry in 1977 with 32 other states enacting such statutes over a decade ago.

Dawn Chivers, O.D., NYSOA past president and legislative chair, says a sincere thank you is in order to the New York state legislature and Gov. Hochul for their faith in the practice of optometry.

“Having worked on this legislation for 15 years, I am thrilled that New York state optometrists will be able to treat our patients the way they deserve to be treated, consistent with the standard of care set across the rest of the country,” Dr. Chivers says. “This could not have happened without the efforts of the incredible SUNY College of Optometry and the grassroots efforts of hundreds of optometrists across the state.”

The formal validation reinforces the decades of eye health education and training provided by schools and colleges of optometry and underscores a truly banner year for affiliates’ scope efforts.

Nationwide, optometry’s advocates continue their work to bolster patient access by ensuring states recognize the full scope of care that doctors of optometry provide—and the AOA stands ready to assist those efforts.

The AOA Future Practice Initiative, launched in 2018, is an operational partnership working alongside affiliates that helps leverage advocacy strengths and challenge impediments to contemporary optometric care. Already, the advocacy collaboration is bearing fruit with a string of significant scope of practice enhancements in recent years, including a historic year for optometry.

“Any successful legislative effort, especially those at the state level, begins with an impassioned group of people, committing to seeing an effort through to the end,” noted AOA President Robert C. Layman, O.D., during the Advancing Optometry: AOA State Advocacy Summit in August. The virtual session served to prepare optometry’s volunteers and statehouse advocates with lessons learned from many of these recent achievements.

“This tireless dedication takes time and perseverance, something I am so proud to say was exemplified in states across the country this year, when for the first time in the history of our profession, we saw multiple states enact contemporary optometric legislation.”

To help prepare states’ scope expansion efforts, the AOA offers members-only resources to address many questions about the expansion and legislation process, including tools that help advocates navigate the current political landscape and how to engage with key stakeholders. The AOA’s State Government Relations Center (SGRC) offers comprehensive trainings and guidance to state affiliates, building upon the lessons learned through every legislative effort nationwide.