September 17, 2020
The high court’s ruling ends the current bid by an ophthalmology-backed effort to place the state’s new optometric scope of practice act on the ballot for November. 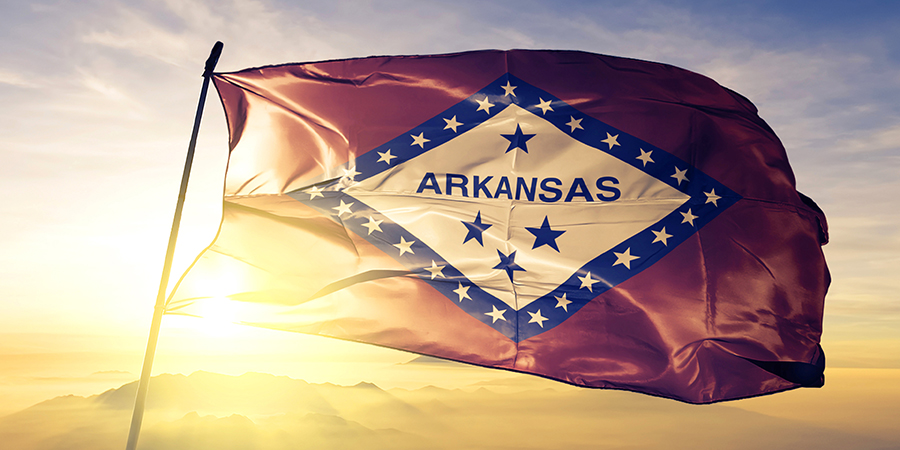 Arkansas’ optometric scope of practice law won’t be up for public referendum in November’s general election after the state’s high court ruled in favor of optometry’s advocates, paving the way for doctors of optometry across the state to begin to provide dramatically expanded eye health care to their patients. The ruling represents a stinging, final defeat for “Safe Surgery Arkansas” and its financial backers, including national and state ophthalmology organizations who have refused to accept the 2019 enactment of a historic expanded access to essential eye care law approved overwhelmingly by the legislature and championed by optometry.

“This is a great win for optometry in Arkansas and around the country, and I’m so proud of our profession for coming together to make it happen,” says William T. Reynolds, O.D., AOA president. “Optometry is defining its own future, and we’re fighting back with determination and our full resources against those who would turn back the clock on our continued advancement. Let this outcome be a lesson to them and to any future campaign that is based on lies and distortions.”

In opinions published Sept. 17, the Arkansas Supreme Court granted Arkansans’ for Healthy Eyes petition challenging the validity of a ballot referendum effort brought by the ophthalmologist-led “Safe Surgery Arkansas.” The high court ruled that “Safe Surgery Arkansas” failed to follow requirements for collecting signatures—specifically, that the group failed to certify that their paid canvassers had passed criminal background checks, as noted in a recent special master’s report—thus invalidating the majority of the signatures collected. The efforts of Arkansans for Healthy Eyes have been strongly supported by the Arkansas Optometric Association (ArOA), the AOA and state optometric associations across the country and thousands of concerned doctors of optometry who mobilized to fight back against a misinformation campaign that has targeted the much-needed new law.

The ruling effectively ends the current bid by “Safe Surgery Arkansas” to put a measure on the ballot in November’s general election that would have attempted to repeal the state’s optometric scope of practice law.

“We are pleased the court agrees with the Special Master’s findings—that the group opposing Act 579 did not follow petition requirements and the measure does not qualify for the ballot,” says Vicki Farmer, chairperson for Arkansans for Healthy Eyes, a coalition of doctors of optometry and patients supporting Arkansas’ scope of practice law (formerly Act 579). “Patients across Arkansas now have improved access to quality eye care from the doctor of optometry they know and trust.”

In July, a court-appointed special master determined nearly 52,000 of the 64,027 signatures collected on behalf of the ballot question committee, “Safe Surgery Arkansas,” shouldn’t be counted by the secretary of state’s office on the grounds that such signatures were procured by paid canvassers not certified as having passed a criminal background check. The remaining 12,116 signatures, therefore, failed to meet the 53,491-threshold necessary to trigger a referendum, the special master noted.

Only eight of the 85 paid canvassers were certified to the secretary as having passed a criminal background check before beginning canvassing. Therefore, the violation triggers the “do not count requirement” under Arkansas’ election code and the bulk of signatures require disqualification.

“I am so relieved for our patients and our doctors after today’s Supreme Court ruling,” says Matthew Jones, O.D., ArOA past president. “The lawsuit has been a hard-fought effort by so many and financially supported by our doctors in Arkansas and around the country. This wasn’t about advancing scope of practice any longer—that was successful over a year ago. This victory was about taking up for the profession of optometry against smear campaigns from our opposition.”

Although the Sept. 17 ruling effectively allows the state board of optometry to begin rulemaking so that Arkansas’ doctors of optometry can apply for credentialing to perform these new procedures, optometry’s advocates remain vigilant for future attacks against the scope law. Arkansans for Healthy Eyes remains prepared for the next legislative session, as well as the 2022 ballot campaign season.

In June 2019, the opposition group challenged the scope law and began collecting signatures to place the law on the November 2020 general election ballot. Initially, the group fell short of that mark when the secretary of state's office invalidated more than 61,000 of 84,000 signatures collected by unqualified canvassers; the invalidation stemming from a state law passed concurrently to Act 579 that required canvassers to file affidavits.

The issue came before the state's Supreme Court, where the AOA filed an amicus brief in support of Arkansans for Healthy Eyes, and where it was disclosed that a state elections official alleged unethical behavior concerning the affidavits in question. However, the court later ruled 4-3 that the secretary of state's office must count the signatures thereby placing the question on the November ballot.

By mid-June 2020, "Safe Surgery Arkansas" had raised nearly $2 million in monetary contributions across 30 states to support their campaign. However, Arkansans for Healthy Eyes continued to challenge the ballot initiative for November's general election. Nationwide, doctors of optometry, state associations and the AOA helped raise $916,506 in monetary contributions for Arkansans for Healthy Eyes.

“Thank you to the AOA Board of Trustees, AOA staff and all of the doctors around the country that supported our effort,” Dr. Jones says.

As a profession, optometry delivers more than two thirds of the primary eye health care in America with doctors of optometry practicing in counties that make up 99% of the U.S. population. Such accessibility is why the AOA and state associations affirm that optometry is well-positioned, highly educated and qualified to provide these kinds of expanded eye health and vision care services. However, restrictive state laws based on outdated and tired misrepresentations of optometry's education and capabilities have created self-imposed barriers to maintain a status quo.

Optometry's advocates continue working tirelessly to modernize state scope of practice statutes that allow doctors of optometry to practice at the top of their education and training and provide communities with contemporary optometric care.

"More and more states are moving toward full recognition of optometry and our essential and expanding role in health care. Together, our AOA and state associations are a nationwide force working to expand patient access to the full range of care that highly trained doctors of optometry are ready, willing and able to provide," Dr. Reynolds says.

"The AOA will continue helping state affiliates work toward advancing their respective scope of practice laws so that Americans can benefit from 21st-century optometric eye health and vision care."