June 8, 2022
Colorado becomes the tenth state—and fourth since 2021—to grant expanded contemporary optometric authority including laser procedures to doctors of optometry. Patients there now have greater access to comprehensive eye and vision care, while trained doctors of optometry can practice at some of the highest levels taught. 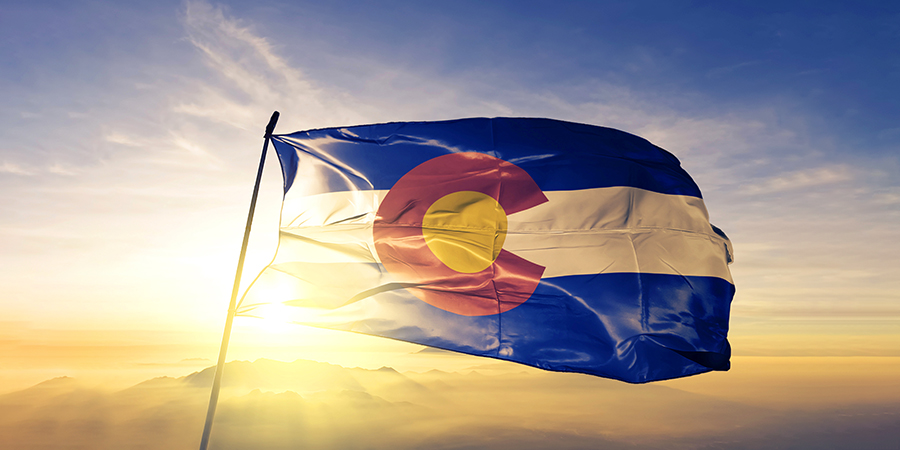 Colorado Gov. Jared Polis signed into law H.B. 22-1233 on June 7, expanding the authority of doctors of optometry in the state to provide certain office-based optometric surgical procedures that benefit patients being treated for glaucoma and recovering from cataract surgery.

Following a successful push by the Colorado Optometric Association (COA), the law amends the state’s optometric practice act through 2033 and continues the authority of the Colorado State Board of Optometry to regulate the profession. Colorado is now the tenth state in the country to allow for expanded contemporary optometric procedures.

“This is a huge win for optometry in Colorado,” Sheryl Benjamin, COA executive director, says. “It allows doctors to use what they were taught and trained to do in optometry school, rather than making referrals in these cases. It also means greater access and convenience for patients.”

Deanna Alexander, O.D., co-chair of the COA’s Legislative Committee, says, “There is no doubt that our grassroots relationships and dedicated legislative leadership team is what pushed us forward. There was intense opposition from ophthalmology and medicine, but at the end of the day, an overwhelming majority of our legislators listened to their optometrists."

A key provision of the state’s revised Optometric Practice Act is the expansion of services, procedures and treatments that certified doctors of optometry in Colorado can now perform. Those new therapeutic interventions include:

Benjamin relayed the story of a patient who testified at a hearing for the bill. The elderly woman had concerns over an irritating skin tag on her eyelid. The woman asked her doctor of optometry if it was possible to get it removed while she was in her office. The optometrist told her she would need to be referred to an ophthalmologist, which required her to make an appointment with a doctor she did not know and then travel some distance away rather than get it removed in her office “then and there, in a matter of minutes.” While the woman lived in a suburb of Denver, the distance and making a new appointment was inconvenient to her.

Geographic access is especially an issue in rural Colorado (the eighth biggest U.S. state in terms of square miles) where patients might have to drive for hours or wait weeks to see an ophthalmologist.

“Doctors of optometry are already present in the majority of Colorado counties, including many rural and mountain towns,” says Jon Pederson, O.D., co-chair of the COA Legislative Committee. “Patients can receive care from their trusted local optometrist and costs will be saved when avoiding unnecessary travel and extra visits to specialists."

"We commend the state Department of Regulatory Agencies (DORA) and the legislature for recognizing that patients will benefit from optometrists fully utilizing their education and training,” Dr. Pederson says.

For years, the COA had been preparing for the sunset review of the state Optometric Practice Act by DORA. “We knew the date of the sunset review 10 years in advance,” says Karen Moldovan, COA government relations director.

But the COA’s legislative efforts kicked in two years ago and then intensified last fall when DORA issued its report. Among its favorable recommendations?

That the state should “allow ODs to practice according to their qualifications, as determined by the (state optometry) Board and national examinations.”

The state agency report went on to say that currently, “The effect of the act, in its current form, is that ODs are not allowed to practice up to the level of their education and training. In this case, regulation is too restrictive and does not promote the optimum use of personnel.”

Not only did it note that most doctors of optometry are trained to remove “lumps and bumps” prior to being licensed in Colorado, DORA also looked at safety concerns, which are currently regulated by the state board of optometry.

“What staff found was that there has not been the increase in regulatory actions taken against practitioners that opponents indicate,” the report said. “In fact, states that have expanded practice, often have it written into law that ODs are held to the same standard of care as other licensed professionals who perform the tasks. Adding such a provision would generate more regulatory actions if there was evidence of problems…”

Well-funded ophthalmology, through its Safe Surgery Coalition, provided the opposition.

Despite a decade-long record of safety from other states currently allowing doctors to perform in-office laser procedures under their current scope, the coalition stoked fear by falsely charging that surgical safety and eye care would be put at risk if the bill was signed into law.

“They resorted to scare tactics and sound bites such as ‘only surgeons should perform surgery,’” Moldovan says. “The legislation was, of course, far more nuanced than what they were presenting.”

The COA’s advocacy went into action.

The Legislative Committee built up its network of advocacy-minded members. It reached out to members of the General Assembly and helped pull together a bipartisan group of legislators to support the bill. Prime sponsors were Reps. Susan Lontine (D) and Matt Soper (R) and Sens. Cleave Simpson (R) and Joann Ginal (D), representing urban and rural areas of the state.

The COA mounted an active and responsive social media campaign and created a public-facing website, trustedeyecarecolorado.com, to counter the opposition and get its message out. In one instance, the COA implored its members to reach out to their senators—and they responded by sending 550 messages to 35 senators.

“We kept the pressure on,” Benjamin says.

Optometry’s advocates are determined to bolster communities’ access to full-scope, primary eye health and vision care services that doctors of optometry, nationwide, are educated and capable of providing—and the AOA stands ready to assist.

Launched in 2018, the AOA Future Practice Initiative is an operational partnership alongside affiliates that helps leverage advocacy strengths and challenges historic impediments to contemporary optometric care. That close collaboration has already produced significant legislative wins for optometry, including a string of notable scope advancements.

Colorado’s signing in 2022 marks the second year in a row that two states (including Virginia in March) have passed laser surgical laws, a monumental achievement matching a record-setting year in 2021. In addition, 2022 has seen New Hampshire enact greater scope as well.

In 2021, during state legislative sessions and for the first time in the profession’s history, two states expanded their scopes of practice to authorize contemporary optometric procedures in a single calendar year. Last year, Wyoming and Mississippi authorized certain optometric laser or surgical procedures, as well as expanded prescribing authority, while myriad other states achieved significant scope advancements that validated the primary eye health care role served by doctors of optometry, including Texas, Massachusetts, New York and California. Those notable advancements came after a much-publicized scope saga in Arkansas, where the AOA and optometry’s advocates nationwide directly supported the legislative expansion—and subsequent battle to protect the law in 2020—that added contemporary optometric procedures.

“Any successful legislative effort, especially those at the state level, begins with an impassioned group of people, committing to seeing an effort through to the end,” noted AOA President Robert C. Layman, O.D., during the Advancing Optometry: AOA State Advocacy Summit in 2021. The virtual summit brought together statehouse advocates from across the nation to prepare affiliates’ volunteers for continued legislative successes into 2022.

“This tireless dedication takes time and perseverance, something I am so proud to say was exemplified in states across the country [in 2021], when for the first time in the history of our profession, we saw multiple states enact contemporary optometric legislation,” he said.

To build on 2021 and 2022 legislative wins, the AOA State Government Relations Center (SGRC) is hosting four regional advocacy events across the country in an effort to provide a hands-on opportunity for advocates who have seen these battles in their states to share their experiences in a casual group discussion. Volunteer doctors heavily engaged in the legislative process from states such as Virginia, Wyoming, Mississippi and Arkansas will be on hand to share what works and what doesn’t, so that ultimately every state is practicing at the highest levels taught and able to effectively serve their patients.

SGRC volunteers and staff work side by side with state associations to ensure that doctors of optometry are heard loud and clear as health policy decisions are being made. For more information on how to get involved in advocacy, please connect with AOA staff at stateadvocacy@aoa.org.