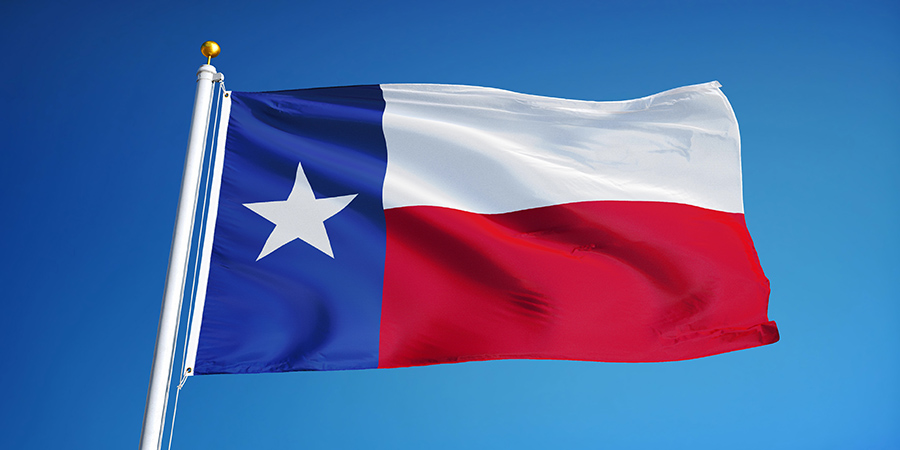 Signed into law by Texas Gov. Greg Abbott on June 11, S.B. 993 amended the state’s optometric scope of practice act to grant therapeutic optometrists’ authority to independently manage glaucoma patients in lieu of prior requirements for mandatory co-management with an ophthalmologist, as well as the ability to prescribe any oral medication used to treat eye conditions. The bipartisan measure represents a considerable boon for Texas patients and doctors of optometry as the first significant scope expansion in the Lone Star State in two decades.

“This law is a big win for Texas’ patients,” says Steve Nguyen, O.D., Texas Optometric Association (TOA) president. “It has been very inefficient, and in some cases more costly, for patients to get the eye care they need for conditions that require oral medication prescriptions. Oftentimes, we had to send the patient elsewhere or get a different health care professional to write the needed prescription, which only served to delay the patient’s care or cause them additional inconvenience.

“Also, required glaucoma co-management was inhibiting patient care, hurting treatment plan compliance and adding costs to patients and payers. Now, patients will be able to get the eye care services that they need at the time they need them, directly from their optometrist.”

Reversal of these antiquated restrictions will go far in alleviating frustrations stemming from unnecessary inefficiencies, Dr. Nguyen explains. Previously, doctors could only prescribe oral medications in select drug classes and only for short times, creating a situation where doctors could not fully manage patients’ problems. So, too, doctors could diagnose and treat glaucoma with topical eye drops only after getting a mandatory “second opinion” from an ophthalmologist.

“Optometrists in Texas will now be able to help patients without these decades-old regulations that amounted to nothing more than red tape and inefficiency for patients and doctors alike,” Dr. Nguyen says.

Texas’ last scope enhancement came over 20 years ago, but the process of passing this legislation started nearly a decade ago. Derived from a multi-year advocacy plan, the TOA’s work to expand optometry’s scope was reinforced by a grassroots network of hundreds of TOA member doctors who actively engaged and built key relationships with their legislators. Dr. Nguyen adds that timely support from the AOA with research, resources and assistance also aided the TOA’s achievement.

Texas becomes the fourth state in 2021 to finalize a significant scope of practice enhancement for optometry. In fact, this year marks the first time in optometry’s history that more than one state achieved contemporary optometric procedures, such as laser treatments, in a single calendar year.

On March 17, Mississippi Gov. Tate Reeves signed into law the state’s optometric scope of practice expansion to authorize doctors’ injectable authority; allow for excision and removal of lesions; an enhanced pharmaceutical authority; and the ability for credentialed doctors to perform laser capsulotomy. Advocates demonstrated optometry’s ability to safely provide such level of care in their home communities, negating the need for rural patients to travel considerable distances for such care in urban centers.

Dax Eckard, O.D., Mississippi Optometric Association president, noted that scope expansion made sense from a patient access standpoint, and for the most part, legislators and stakeholders agreed.

“I am incredibly pleased not only with our successful grassroots efforts over the past several years but also this time we garnered the help of several ophthalmologists in working toward a bill that would be acceptable to both sides,” Dr. Eckard said.

“The success of Wyoming’s legislative efforts resides squarely on the incredible involvement of the members of the Wyoming Optometric Association [WOA],” said Dana Day, O.D., WOA legislative chair. “Wyoming has always boasted a high membership percentage, which resulted in a more unified approach to scope expansion. Many of our doctors provided financial support, but the volunteer time and personal relationships with legislators were really key to this legislative win.”

However, it did not happen overnight. In 2018, the WOA started seeding scope expansion and even implemented a grassroots program that advocates fondly called the “Laser Roadshow.” Taking a YAG laser statewide, advocates would partner with local doctors to invite legislators to their office for a demonstration of the procedure. The interaction undercut opponents’ arguments and demonstrated the potential behind optometry’s widespread accessibility in the rural state.

“The grassroots effort put forth by Wyoming’s doctors was demonstrated time and again when amendments were struck down or affirmative votes were confirmed by legislators who were in contact via real-time text and email with their constituent doctors,” said Jeremy Nett, O.D., WOA president-elect. “The level of assistance provided from collaboration with the AOA and other states was paramount. We were in constant contact with the AOA advocacy Team, states who had prevailed with scope expansion and neighboring states.”

On June 9, the New York State Assembly passed legislation, A. 1921 / S. 1591, that would authorize optometry to prescribe a formulary of oral therapeutic pharmaceutical agents for the treatment of eye diseases. While doctors of optometry within the state have had diagnostic topical drugs since the 1980s and therapeutic topical drugs since the 1990s, New York’s doctors remain unable to prescribe oral medications.

The bill passed the state assembly by an overwhelming margin and is now on Gov. Andrew Cuomo’s desk, where a signature is anticipated soon.

Interested in reading more about this burgeoning period of optometric scope expansion? Stay tuned for an in-depth article in the July/August issue of AOA Focus.

Nationwide, optometry’s advocates continue their critical work to bolster patient access by ensuring states recognize the full scope of care that doctors of optometry are educated and trained to provide—and the AOA stands ready to assist those efforts.

To help prepare states’ scope expansion efforts, the AOA offers a members-only resource to address many questions about the expansion and legislative process, including tools that help advocates navigate the current political landscape and how to engage with key stakeholders. The AOA’s State Government Relations Committee also offers comprehensive trainings and guidance to state affiliates, building upon the lessons learned through every legislative effort across the country.