March 10, 2022
Virginia becomes the ninth state—and third since 2021—to expand its optometric scope of practice to include these contemporary procedures. 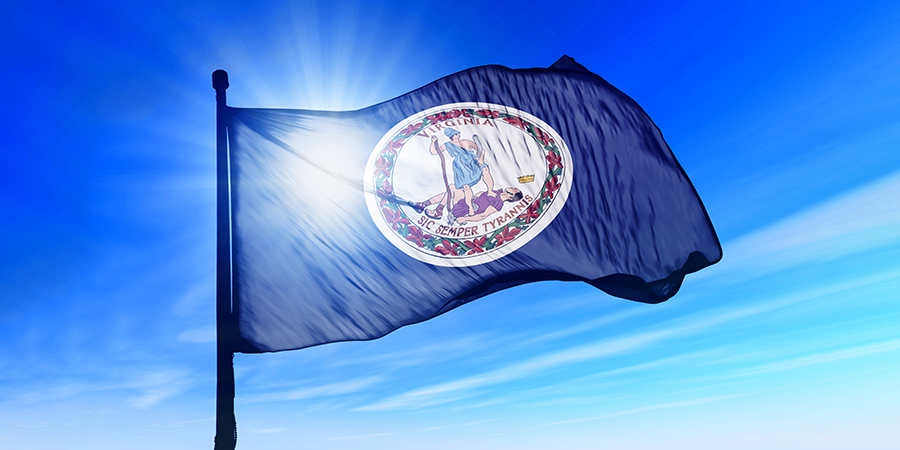 Certified doctors of optometry in Virginia will be able to provide certain office-based laser procedures for glaucoma and post-cataract care after optometry’s advocates successfully expanded the state’s scope.

“Virginia doctors of optometry now have a progressive scope of practice law that allows our doctors to practice more fully to the extent of their training,” says Lisa Gontarek, O.D., Virginia Optometric Association (VOA) president. “This gives Virginians’ access to outstanding clinicians who can provide the majority of the eye care they need, and it’s especially beneficial for citizens in the more rural areas of our state.”

In fact, Virginia’s scope expansion builds upon the nearly 10,000 hours of clinical education and training provided to doctors at these institutions. Such is the case; Virginia will require doctors of optometry to obtain certification from an accredited college of optometry with didactic and hands-on training before performing the three laser procedures. Additionally, certified doctors must abide by regulations and requirements yet promulgated by the state board.

Jerry Neidigh, O.D., VOA legislative chair, acknowledged that Virginia’s scope expansion was a measured, deliberate process. As early as 2015, the VOA began working to reestablish direct connections with lawmakers through patient-centered legislation and scope enhancements, such as the state’s injections and prescribing privileges, as well as more recent vision plan and disruptive technologies bills that protected the doctor-patient relationship. These efforts required a reinvigoration of the state’s grassroots advocates and keyperson relationships, while doctors worked to educate lawmakers and counter tired opposition arguments of the profession’s proficiencies.

“It certainly helped having other states already performing these procedures,” Dr. Neidigh notes. “Our opposition had no argument to counter the fact that out of well over 100,000 of these laser procedures performed by optometrists in other states, there’s not one single complaint. Having that track record to lean on made a big difference for us.”

What’s more, VOA doctors coordinated with local legislators to attend laser demonstration days where doctors, such as Dr. Neidigh, could show lawmakers the procedure, the microscope itself and answer questions about the forthcoming legislation. Dr. Neidigh says once legislators saw the procedure demonstrated in-person, much of the opposition fell flat.

Dr. Neidigh says once legislators saw the routineness of the procedure, much of the opposition’s arguments fell flat.

“Showing legislators these demonstrations and reiterating the fact that we’ve been educated and trained to provide these procedures since the late 1990s, paired with proof of our proficiency from other states, really drove this argument home for us,” Dr. Neidigh says. “It certainly takes time, effort and sacrifice, but there’s no reason other states can’t do this.”

“This now positions Virginia as one of the states with the most expansive practice acts in the country,” Keeney says.

Optometry’s advocates are determined to bolster communities’ access to the full-scope, primary eye health and vision care services that doctors of optometry, nationwide, are educated and capable of providing—and the AOA stands ready to assist.

Launched in 2018, the AOA Future Practice Initiative is an operational partnership alongside affiliates that helps leverage advocacy strengths and challenges historic impediments to contemporary optometric care. That close collaboration has already produced significant legislative wins for optometry, including a string of notable scope advancements.

For the first time in the profession’s history, two states expanded their scopes of practice to authorize contemporary optometric procedures in a single calendar year. In 2021, both Wyoming and Mississippi authorized certain optometric laser or surgical procedures, as well as expanded prescribing authority, while myriad other states achieved significant scope advancements that validated the primary eye health care role served by doctors of optometry, including Texas, Massachusetts, New York and California. Those notable advancements come after a much-publicized scope saga in Arkansas where the AOA and optometry’s advocates nationwide directly supported the legislative expansion—and subsequent battle to protect the law in 2020—that added contemporary optometric procedures.

At the same time, the AOA’s Third Party Center and affiliates’ payer advocates have worked on doctors’ behalf to defend scope advancements, helping to ensure patients can freely access the broadening care delivered by optometry.

“Any successful legislative effort, especially those at the state level, begins with an impassioned group of people, committing to seeing an effort through to the end,” noted AOA President Robert C. Layman, O.D., during the Advancing Optometry: AOA State Advocacy Summit in August 2021. The virtual summit brought together statehouse advocates from across the nation to prepare affiliates’ volunteers for continued legislative successes into 2022.

“This tireless dedication takes time and perseverance, something I am so proud to say was exemplified in states across the country [in 2021], when for the first time in the history of our profession, we saw multiple states enact contemporary optometric legislation.”

To help prepare states’ scope advancement efforts, the AOA offers members-only resources to address myriad questions about expansion and the legislative process, including tools that help advocates navigate the current political landscape and how to engage with key stakeholders. The AOA’s State Government Relations Center (SGRC) offers comprehensive trainings and guidance to state affiliates, building upon the lessons learned through every legislative effort nationwide.