April 15, 2021
Wyoming’s approval of contemporary optometric procedures, including laser and excision authorities, goes down in history as the first time in a single year that two states accomplished the scope expansion. 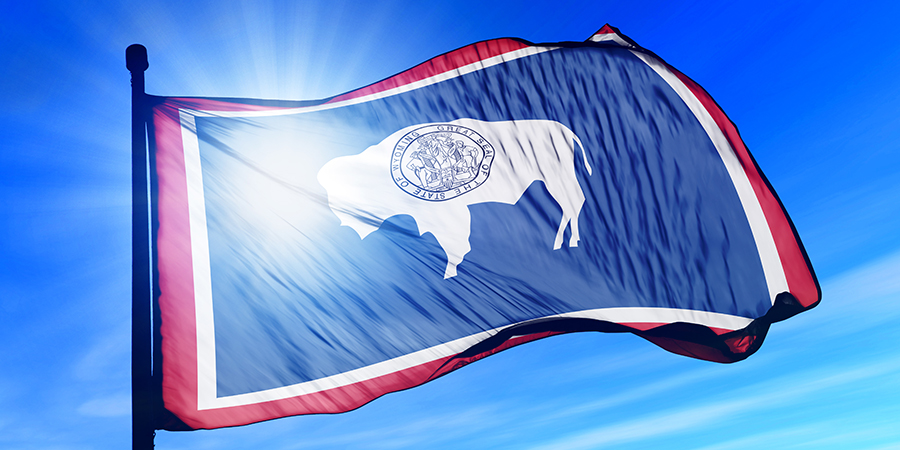 “Doctors of optometry will be more directly involved in the overall patient health management with more direct coordination of care in both primary and specialty physician services,” Dr. Day says. “Delays in treatment will be improved as patient can be treated acutely with no further referral being required or while being transitioned to the proper specialty care. Patients will benefit from an overall savings in health care expenditures as repetitive examinations, travel time and time off work will be reduced, too.”

Wyoming’s scope expansion hinged on optometry’s demonstrated proficiency in safely delivering these procedures, which the profession is educated and trained to provide, with widespread accessibility in a vastly rural state. And that’s not an understatement—the Wyoming Department of Public Health notes that a whopping 17 of 23 counties have fewer than six people per square mile, otherwise known as “frontier” land. In fact, about half of Wyoming’s residents live in frontier areas where health care access issues remain seriously unaddressed.

Such is the case, the WOA convincingly argued that with optometric practices located in 22 of 23 counties in Wyoming, scope expansion afforded patients greater options to receive primary eye health care services in the communities they reside. The argument gained even more credibility as the WOA pointed to optometry’s essential role during recent COVID-19 surges, triaging urgent and emergent eye cases outside of overburdened hospitals or emergency departments.

However, more than anything, it was the grassroots involvement of the WOA’s membership that ensured the scope measure first brought forward almost two years ago would gain the bipartisan support necessary to succeed.

“The success of Wyoming’s legislative efforts resides squarely on the incredible involvement of the members of the Wyoming Optometric Association,” Dr. Day says. “Wyoming has always boasted a high membership percentage, which resulted in a more unified approach to scope expansion. Many of our doctors provided financial support, but the volunteer time and personal relationships with legislators were really key to this legislative win.”

Wyoming’s ‘Laser Roadshow’ and the importance of grassroots advocacy

But that critical grassroots network didn’t happen overnight. Wyoming’s last significant scope push was in 1995 when the affiliate gained therapeutic treatments, so advocates knew they had work to do in the state house to build those relationships necessary for major legislation. To get to that point, WOA members began working on less contentious issues, e.g., telehealth and patient safety measures, in the run up to 2018 when doctors finally felt they had enough relationships to introduce a bill.

In 2018, the WOA introduced its scope bill into the Labor, Health and Social Services committee where legislators could vet the bill via testimony. Concurrently, the WOA coordinated with Northeastern State University College of Optometry to schedule laser and procedures courses to show legislators optometry’s level of education and training. Many doctors used that opportunity to complete the program and by fall of 2019, WOA Executive Director Kari Cline and the lobbying team took a YAG laser statewide on a “Laser Roadshow.”

Jeremy Nett, O.D., WOA president-elect, explains that area doctors would invite their local legislators to an office where doctors would demonstrate the laser procedures and answer questions. Additionally, legislators would bring their families to see the presentations and even took a hand at the procedure, themselves, with demonstration eyes.

“To see our familiarity with the equipment, it really reduced any anxiety or stigma attached to the laser itself,” Dr. Nett says. “It was a major effort that yielded great dividends.

Adds Cline: “We literally visited every legislative district, and I believe that was a key piece of our grassroots effort. The combined effort of our doctors educating the legislators who attended on the issue and the legislators getting to see and use the laser made the opposition’s assertions that this was beyond the education and ability of an optometrist fall very flat.”

Although that bill would successfully clear the joint committee process, it stalled on a procedural matter and not because it lacked legislative support. Undeterred, the WOA reintroduced the measure in 2020 to capitalize on that preceding momentum, but it, too, would fall just short of a crucial vote. Dr. Nett says that advocates learned the criticality of strong grassroots efforts and doubled down on those relationships come 2021.

“The grassroots effort put forth by Wyoming’s doctors was demonstrated time and again when amendments were struck down or affirmative votes were confirmed by legislators who were in contact via real-time text and email with their constituent doctors,” Dr. Nett says. “The level of assistance provided from collaboration with the AOA and other states was paramount. We were in constant contact with the AOA Advocacy Team, states who had prevailed with scope expansion and neighboring states.”

Ultimately, H.B. 39 passed both chambers with bipartisan support in the spring of 2021 before being signed into law. The state board is currently working to promulgate rules and regulations with a credentialing process forthcoming.

Wyoming became the second state this year to approve contemporary optometric procedures, such as laser or minor excisions, after Mississippi Gov. Tate Reeves signed that state's scope expansion into law on March 17. This marks the first time in optometry's history that two states approved this level of scope expansion in the same year.

In addition to Wyoming, several states have significant legislation in play during the 2021 session and have already secured significant progress. These bills would greatly benefit the patient populations in these states, and the AOA stands ready to assist states in their efforts.

To help prepare states’ scope expansion efforts, the AOA offers a members-only resource to address many questions about the process, including tools that help advocates navigate the current political landscape and how to engage with lawmakers, the media and other key stakeholders.