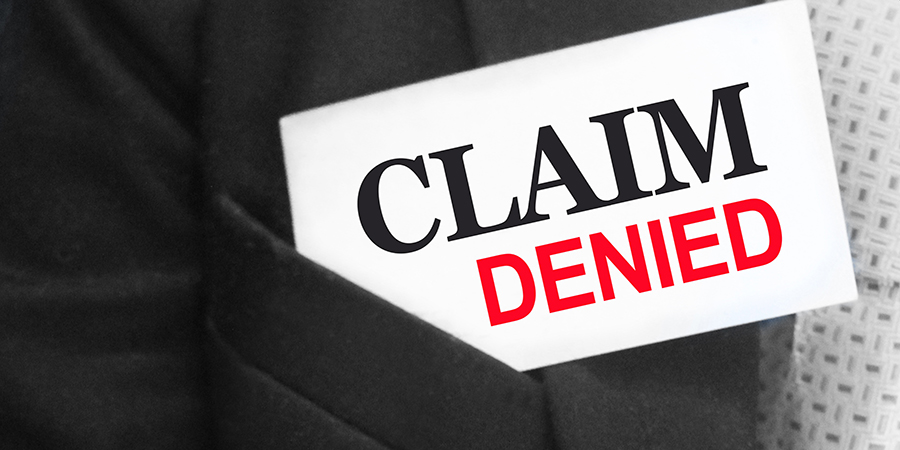 As Medicare Advantage Organizations (MAOs) come under fire for a federal watchdog review that spotlighted improper service and payment denials, the AOA joins calls for further investigation into commercial payers.

In April, the U.S. Department of Health and Human Services (HHS) Office of the Inspector General (OIG) published a critical report that spotlighted concerns with the capitated payment model used in Medicare Advantage that might incentivize MAOs to deny beneficiary access to services and deny providers payments to increase profits. To be certain, MAOs approve most requests for services or payments but still millions of denials are issued annually, and repeatedly, Centers for Medicare & Medicaid Services (CMS) audits have called attention to “widespread and persistent problems” with inappropriate denials.

Such is the case: the OIG conducted a review of 250 random prior authorization denials and 250 payment denials issued by 15 of the largest MAOs, between June 1-7, 2019, and analyzed the case files among health care coding experts and physician reviewers. The OIG review determined 13% of prior authorization requests and 18% of providers’ payment requests were improperly denied.

Per the report, titled, “Some Medicare Advantage Organization Denials of Prior Authorization Requests Raise Concerns About Beneficiary Access to Medically Necessary Care,” the OIG emphasized two common causes of denials for prior authorization requests:

In the case of providers’ payment requests, the OIG found that human or system errors during claims processing most often triggered the payment denials and that reversals occurred after beneficiaries or providers appealed the denials.

“Denying requests that meet Medicare coverage rules may prevent or delay beneficiaries from receiving medically necessary care and can burden providers,” the OIG notes in a brief. “Although some of the denials that we reviewed were ultimately reversed by the MAOs, avoidable delays and extra steps create friction in the program and may create an administrative burden for beneficiaries, providers and MAOs.”

In subsequent weeks since the OIG report’s release, the AOA and numerous other health care groups have pressed the Department of Justice (DOJ) to open False Claims Act (FCA) investigations into MAOs over violations of Medicare coverage rules. The backlash against commercial payers emphasizes how inappropriate denials may adversely affect patient care, as well as create unnecessary burdens on patients and their doctors.

On May 24, the AOA appealed to the DOJ for the creation of an FCA task force that would investigate such violations by commercial health insurance companies and vision plans, calling attention to both these consequences of inappropriate denials. Citing the OIG’s own review that detailed a 73-year-old glaucoma patient whose eye examination claim was wrongly denied over prior authorization, the AOA stressed the significance of delayed care for such a patient.

“This type of denial related to examination for a patient with glaucoma is also troubling because research has already pointed to concerns that for patients with glaucoma, cost of care can impact treatment adherence,” the AOA letter notes. “We share fully the OIG’s concerns that inappropriate denials can have serious downstream impacts on patients and their doctors. Additional scrutiny of health insurance plans and vision plans is needed, and actual accountability is critical.”

The AOA also brought forward similar concerns related to the provision of supplemental benefits under MAO plans, such as the provision of annual eye examinations administered through a subcontracted vision plan with relatively small allowance for glasses or contact lenses. Often dissimilar provider panels prevent patients from seeing their regular eye doctor, and MAO plan marketing may mislead patients by overstating the scope of supplemental benefits. As for the latter, MAO plans may falsely suggest that without supplemental benefits Medicare does not cover eye care, while also promising certain benefits as “free” despite beneficiaries often cost sharing.

Patients often grow confused over supplemental benefit arrangements that subcontract a very limited subset of care to a limited provider network. This frustration often results in patients seeking an annual eye exam but declining follow-up care that may be necessary related to eye disease identified and managed by other providers unrelated to the routine vision care benefit.

“This ultimately can deny the patient the full scope of care promised to them under Medicare,” the AOA letter reads, adding that this situation is rife for exacerbating vision loss in an aging population.

Lastly, the AOA called attention to beneficiaries’ rights under the Social Security Act to a Medicare Advantage plan that is free from discrimination against doctors of optometry with respect to participation, reimbursement or indemnification. Citing provider discrimination against doctors of optometry, such as contracting requirements not levied against ophthalmologists or the latter receiving higher payment for the same services, the AOA noted this harms patients’ access to required benefits and exacerbates medical loss ratio obligations.

“We strongly believe greater scrutiny is needed to ensure that patients get the care they need and deserve,” the AOA concludes.

The AOA’s recent petition for DOJ action comes after repeated efforts to engage CMS on similar concerns. With a lack of sufficient CMS action taken thus far, it’s clear additional efforts are needed to address these payer issues that delay access to care and create administrative burdens for physicians.

In March, the AOA also called on CMS to put an end to provider discrimination among Medicare Advantage plans, and to ensure such plans are held accountable for improved patient benefits and care. In March, AOA President Robert C. Layman, O.D., called attention to stagnant physician fee schedules as a potentially hefty revenue increase looms in 2023 for Medicare Advantage plans.

“While physician fee schedules in the fee for service program remain stagnant, we believe that any increase in Medicare Part C should truly be earned with exceptional patient satisfaction with the care delivered in this model and demonstrated savings in compiled value metrics,” Dr. Layman says. “We believe that it will be critical to ensure that plans are adhering to the statutory requirements to use at least 85% of their revenue for patient care and quality improvements, and to ensure that any administrative costs, including profits and salaries, do not exceed 15% of their revenue.

“It is also imperative that any additional government funding must be used to directly improve benefits and care,” Dr. Layman adds.

Read more about how the AOA urged more action to support patient access to eye health and vision care under Medicare Advantage plans.

Visit the AOA’s Action Center to learn more about federal legislation that could curb common and egregious plan abuses, as well as urging lawmakers to take action against impending Medicare pay cuts in 2022 and beyond.