Patients, doctors come out ahead in states’ vision plan fights 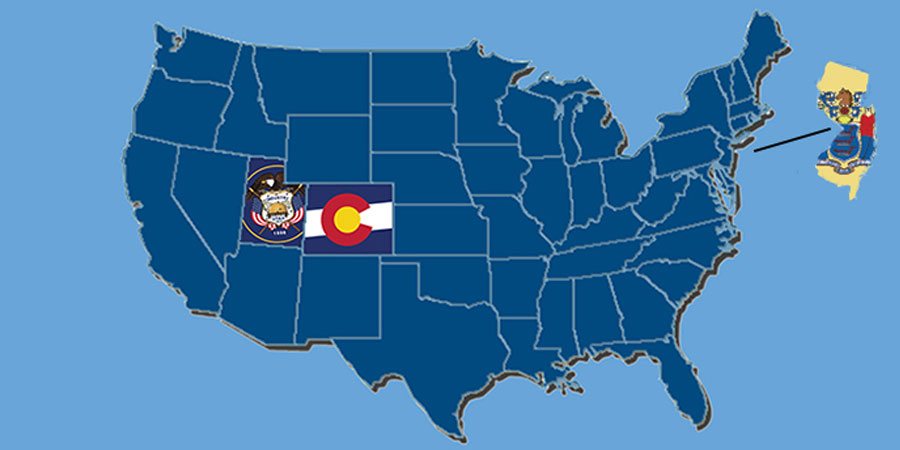 Vision plan mandates that dictate the business decisions made by doctors of optometry pose an unnecessary barrier to seamless patient care, legislators agree, despite amplified bluster from vision plans.

“As with any legislation, optometry needs to be prepared to fight for our patients.”

With many states well into their 2018 legislative sessions, the National Association of Vision Care Plans (NAVCP), representing companies that insure or manage vision benefits, such as VSP and EyeMed, has redoubled its efforts to preserve antiquated state laws that currently enable vision plans to dictate rates for noncovered services and materials, and stipulate needless credentialing requirements on doctors of optometry. Such provisions represent a gross overreach into doctors' small businesses with one-sided, burdensome mandates that effectively limit patient choice and access, and often sow patient confusion, argues AOA and state affiliates.

"Vision plans have made a concerted effort in states to vigorously oppose these bills, both with national and in-state lobbyists," Dr. Alexander says. "As with any legislation, optometry needs to be prepared to fight for our patients."

In this current legislative session, three states have already made significant strides toward leveling the playing field for doctors and patients by reforming some of these detrimental vision plan practices.

Signed into law March 19 by Gov. Gary Herbert, Utah S.B. 237 prohibits vision plans from contractually obligating doctors of optometry to offer a discount program on noncovered services, while also requiring insurers to treat equally all doctors of optometry participating in the plan, regardless of whether they've agreed to offer a discount program.

"After a few late nights, S.B. 237 has passed both the Senate and House," Dr. Taylor wrote in a letter to membership. "It was definitely a team effort and a great legislative success. We had very little opposition to the language that was finalized."

"Colorado is a notoriously purple state politically, and winning bipartisan support is rare with any legislation," Dr. Pederson says. "The reason we were able to overcome all of these challenges and garner such widespread bipartisan support came down to h2 grassroots advocacy relationships with legislators. Our constituent doctors became the go-to resource for these legislators when deciding on our issues."

Advocates clearly explained the pitfalls of vision plan mandates on patient care, including the confusion and frustration patients express when care cannot be completed in one setting due to the decoupling of vision and medical plans; the cost-shifting that must occur when vision plans require discounts on services or materials that aren't covered; the limiting of choices available to patients due to these large markdowns; and how intermediaries may limit who is accepted, resulting in consumers having less access to routine, medical care.

This type of education can take time, and as Dr. Alexander, Colorado Optometric Association (COA) Legislative Committee co-chair, says, this legislation was the culmination of several years' worth of determined advocacy. In the end, the vision plan bill would pass with overwhelming, bipartisan support in both chambers of government, and currently awaits the governor's signature.

"There was h2 opposition in the state from the vision plans, but our grassroots relationships, COA staff and lobbying team were able to push us toward a h2 finish," she says. "We had h2 support from our rural and mountain legislators who recognized that this is a small-business issue that could limit access to patient care in their communities."

This past January, then New Jersey Governor Chris Christie signed into law bipartisan legislation that prohibits some of the more egregious third-party hurdles that doctors often encounter, while restoring patients' control of important health care decisions and access to timely medical eye care. The patient access measure signaled an important advocacy victory that was a long time coming.

It was an effort that required thoughtful grassroots advocacy to educate lawmakers on the benefits to patient care, says Michael Veliky, O.D., NJSOP Legislative Committee chair and past president.

"Legislators said they were avalanched with information from our members, and when it came time for those votes, we had great support," Dr. Veliky noted. "This is landmark legislation from New Jersey that has leveled the playing field for our patients to get a fair shake with their insurance."

Also known as the DOC Access Act, H.R. 1606 would prohibit many of the same vision and health plan abuses, except among ERISA and other federally regulated plans. So far, H.R. 1606 has garnered 77 bipartisan co-sponsors during this Congressional Session, and will be a major focus of optometry's advocates during AOA on Capitol Hill 2018, April 22-24, in Washington, D.C.

Contact your U.S. House members to explain how current health and vision plan policies negatively impact your patients and practice. Visit AOA's Online Legislative Action Center for more information about H.R. 1606, or to send a letter to your U.S. House members. Also, consider investing in AOA-PAC, the only federal political action committee dedicated to fighting and winning for optometry.

Read more about the DOC Access Act in an Avalon Health Economics study that showed the effects of vision plans' noncovered services provisions.