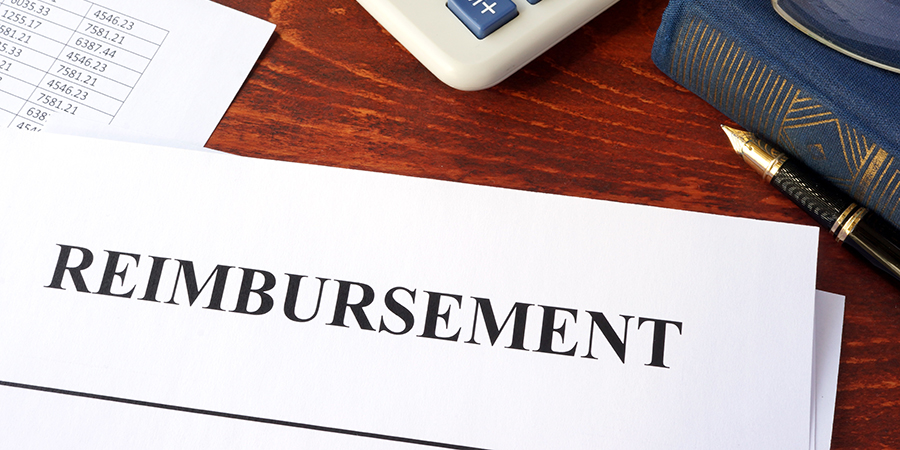 Decades of stagnant fee schedules mean Medicare—and even Medicaid—pay higher rates on average for certain eye exam codes than do some vision plans, with most doctors of optometry seeing little or no payment increases despite years of rising costs.

Recently published by the AOA Health Policy Institute (HPI), a new survey of practicing doctors of optometry found that 70% report receiving no increase in fee schedule from their largest vision plan in at least five years, while more than a third report never receiving a rate increase. The findings paint a stark contrast in how vision plans value regular eye health and vision care as compared to the nation’s largest health care payer—Medicare—underscoring concerns that years of consistently undervalued services may have undesirable effects on the overall cost, quality and efficiency of primary eye care in the United States.

“Modern eye examinations have become so much more in terms of diagnosis and management of eye disease, as well as systemic disease,” says Steven Loomis, O.D., AOA HPI chair. “Today’s doctors of optometry are just as likely to manage a patient’s glaucoma or diagnose diabetes as they are to write a prescription for glasses. Vision plans have failed to recognize the shift, and appear to not value the very real health care doctors of optometry provide; instead, clinging to a simplistic view of vision care in order to sell vision care products that they often manufacture and produce.”

Both the Centers for Disease Control and Prevention and National Eye Institute publicly recognize that regular, comprehensive eye exams have a high clinical value, while the Centers for Medicare & Medicaid Services (CMS) has stated eye exams are “relatively low-cost interventions” and that “early detection of conditions that can be identified through an eye exam may reduce more costly treatment later.” In fact, a dilated eye exam—the foundational primary eye care service—from a doctor of optometry may identify more than 270 systemic diseases, including diabetes, hypertension and cancers, often before the patient is aware or has been diagnosed.

But rather than pay for value, vision plans typically pay doctors of optometry minimum amounts for high value care, keeping fee schedules flat for years even while medical inflation increases the cost for doctors providing care, the AOA HPI notes.

As the dominant rate-setter in U.S. health care, Medicare pays 600,000 physicians based on its physician fee schedule—of which many health insurance companies base their own rates upon. Typically, commercial plans pay higher than Medicare’s rate (on average about 143% of Medicare rates for physician services, including eye exams), while private insurance payments increase at a faster rate than Medicare (from 118% of Medicare rates in 2010 to 179% in 2019). Instead of negotiated rates, Medicare’s fee schedule is set by CMS—based on recommendations from the American Medical Association’s Relative Value Scale Update Committee (RUC) of which AOA participates.

The AOA HPI found that the four most common ophthalmic eye exam codes in Medicare have increased on average more than 27% since 2005, while the 10 most common evaluation and management codes for physician office visits have increased on average more than 21% since 2005. Additionally, the Medicare Economic Index (MEI), a consideration of inflation in medical overhead, which also adjusts for national economic productivity, increased by 3% a year or 40% since 2000.

“These increased valuations over time reflect an intentional effort by policymakers and the CMS to pay more for primary care services at the expense of more costly surgical services,” the AOA HPI paper notes.

As such, the average Medicare fee schedule payment for the eye exam codes (92xxx series) was $90 in 2005 and now $114 in 2020, while the average Medicaid payment across all states for those codes is $70. On the other hand, vision plans typically paid $35-$90 for these services in 2020—lower than Medicare’s rates 15 years ago, sometimes lower than Medicaid rates, and about the same as 25 years ago when vision plan fee schedules paid $30-$55 for eye exams, the AOA HPI notes. This is particularly disheartening as Medicaid is usually the lowest payer in health care in recognition that providers are essentially contributing their services at below market rates.

“Yet, vision plan fee schedules are comparable with Medicaid. This does not reflect any public policy to subsidize the large vision plan corporations. Doctors may be expected to contribute to the public good by seeing Medicaid patients at reduced rates, but no such good will should be required to subsidize billion-dollar vision plans,” the AOA HPI paper notes.

The consequence is that doctors of optometry may no longer compete on a level playing field with other health care professionals, such as ophthalmologists, and that could threaten the access to care that optometry affords most Americans. Even when ophthalmologists are paid the same rates, they often receive more income per patient by providing different, and often more expensive, treatments.

What’s more, the biggest vision plans are part of vertically integrated corporations that dominate the market in lenses and frames. These companies own every step up the process—from lenses and frames to chain stores—steering patients toward their own products, distribution points and prices.

“In the near term, the effect of this is a financial pressure on the eye care provider, especially in the face of COVID-19-induced cost increases for providers,” Dr. Loomis says. “In the longer term, some doctors of optometry may find that they are no longer able to subsidize vision plan patients with revenues from non-vision plan patients. Vision plan patients would be left with fewer and fewer provider options. Without some reform, it is ultimately a lose-lose proposition for everyone.”

Reimbursement debate comes to a head

Pharmacists have raised similar concerns in the pharmaceutical industry with three, vertically integrated companies that process most prescription drug claims forcing community pharmacists to provide services at unsustainable rates or at a financial loss. And the reimbursement debate even transcends borders.

In Canada, concerns related to decades of underfunded services are playing out in real time as many doctors of optometry in Ontario recently began referring patients to hospitals and emergency rooms for services other than regular exams. The Ontario Association of Optometrists (OAO) noted that doctors had no choice but to begin referring out care after ballooning operating costs and dwindling reimbursement created a situation where doctors covered services out-of-pocket, in turn putting some practices at risk of closing.

Reportedly, a third-party study commissioned by the OAO showed the estimated cost of care delivered by doctors, including overhead and materials, is between $80-$90 per patient, yet the province reimbursed only $30-$40 to doctors. Fees have not been fully updated since the 1980s and haven’t kept up with inflation, per The Globe and Mail.

Ultimately, it’s important that the AOA HPI examines vision plans and their effects on Americans’ health care, Dr. Loomis says, because vision plans—by and large—are based upon models created in the 1950s. At that time, most eye exams were primarily utilized to generate a glasses prescription for patients.

“Over the years, vision plans have consolidated to a point where two large plans control the vast majority of the market and have used their clout to reduce fees to providers, and choice to consumers, while dramatically increasing their profits,” Dr. Loomis says.

The AOA does not discuss prices charged by doctors of optometry with its member doctors or other competitors and does not make recommendations about whether doctors should accept contracts. The AOA also reminds doctors to make individual business decisions about the prices they charge and contracts they accept, and that doctors should not discuss prices or take collective action against a purchaser.

The agenda for AOA on Capitol Hill April 24-26 will be dominated by issues uppermost on member-doctors’ minds. Open to doctors of optometry and optometry students, register now.

Payer Advocacy Summit gathers “all-in” doctors from every state as AOA legal team takes next steps in fight against anti-doctor and anti-patient policies.