Sink or swim? Preparing for the ‘Gray Tsunami’

August 20, 2019
By 2060, 1 in every 4 Americans will be 65 and older. Eye care is essential in this population and optometry has an opportunity to make a difference. Find resources and education to get involved. 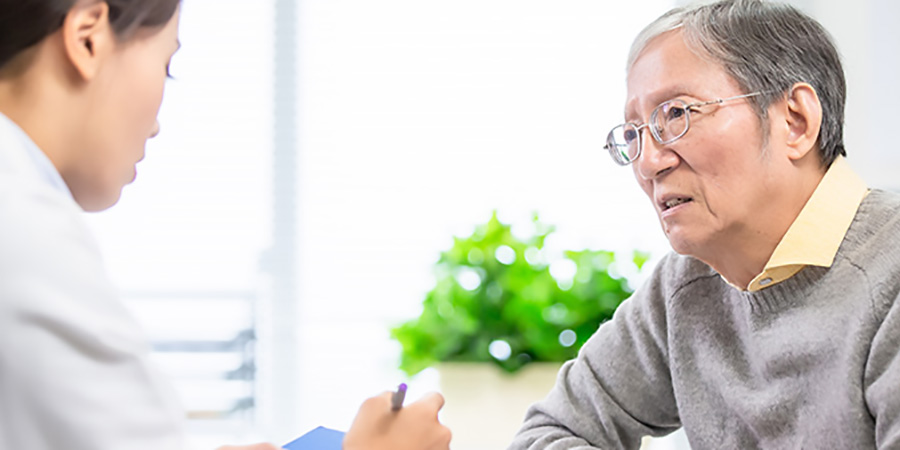 As far as 21st century public health challenges go, the one health care is now facing is relatively sanguine: Slowly but surely, Americans are living longer than ever before. The problem? We're not quite ready for this "Gray Tsunami," but resources and upcoming education could help batten down the hatches.

By 2060, the number of Americans ages 65 and older is projected to nearly double to 95 million, while at the same time, the number of elderly (85 and older) could more than triple to 20 million. In more stark terms, 2035 could become the first time in the nation's history that the number and share of older Americans surpasses that of children (18 and younger).

Currently, life expectancy in the U.S. topped 78.6 years due in large part to advances in health care and a redoubled emphasis on lifestyle changes reducing mortality at older ages. Healthy aging is the new narrative that presumes better health and adequate means into the Golden Years, yet it's counterbalanced by the opposite: prolonged living with chronic illnesses, disability and limited income that exacerbate burden on caregivers and the broader system.

Enter into that equation the greater likelihood of vision impairment and complications related to natural aging-conditions including cataract, age-related macular degeneration (AMD), glaucoma or diabetic retinopathy-and even relatively healthy seniors face reduced independence and quality of life. The solution for many of these well-but-frail elderly is to enter assisted care facilities; the demand for such is expected to rise 50% over the next two decades, notes the AOA's Optometric Care of Nursing Home Residents manual.

And therein lies an opportunity for optometry to make a difference. By providing primary eye care services, doctors of optometry can be instrumental in helping older adults maintain independent lifestyles, thereby reducing the need for early institutionalization, while also enhancing the quality of life for those already in advanced care. But that's predicated on doctors taking the next step.

William A. Monaco, O.D., Ph.D., a reviewing author of the AOA's nursing home manual and courtesy professor at University of South Florida, School of Aging Studies, says it's clear the population is growing to a point where serious considerations should be given to how care will be provided, now and into the future.

"This is a tremendous challenge because of the complexity of the patient and the complexity of their status, be it mobility or cognition," Dr. Monaco says. "For optometrists who want to be involved and take on that responsibility of leading-edge care, this is a wonderful population to provide a service while we're advancing our expertise and skills in eye care delivery."

Healthy vision is critical to healthy aging. Even the Centers for Disease Control and Prevention (CDC) note that vision impairment can decrease overall quality of life, while increasing risk of mortality and functional limitations. Specifically, among the latter, addressing vision concerns may help make a difference in a leading cause of mortality among older adults: falls.

Each year, 3 million older Americans are treated in emergency departments for fall injuries, the CDC says, and Medicare and Medicaid disproportionately shouldered the majority of that $50 billion bill in 2015 alone. That said, appropriate and timely interventions, such as vision aids or proactive risk assessments, could save up to $442 million annually.

Rebecca Wartman, O.D., a reviewing author of the AOA's nursing home manual, explained that once someone over 80 falls, their chances of rehabilitating diminish, and a nursing home admission might not be far behind.

"If you can prevent [patients] from ever falling anywhere, that's good," Dr. Wartman told AOA Focus in September 2017.

So, too, evidence suggests that early identification and intervention of vision impairment among older Americans also may provide vital insight into another component of aging: memory loss. In the CDC's May 24 Morbidity and Mortality Weekly Report, a study described how subjective cognitive decline (SCD)-related functional limitations were 3.5 times higher among adults, 45 and older, with vision impairment as opposed to those without. While authors noted that vision impairment is a growing health concern in the U.S., they also concluded that "addressing vision impairment through prevention or corrective treatment might reduce functional SCD-associated limitations in the adult population."

"The primary goal of delivery of eye care to this population is to do the best job we can to make vision as good as it can be for the entire lifetime of that person," Dr. Monaco says. "Optometry can make a significant impact on this worldwide challenge of aging if we only get involved."

So, what can optometry do to serve the vision needs of the elderly or skilled care residents? Aside from traditional vision correction, many doctors working with an older population are providing clinical care for chronic conditions, ranging from cataract, glaucoma and AMD to diabetic eye care. That emphasis naturally leads to an interdisciplinary care model not only with ophthalmology but also nursing staff and other primary care providers.

"The role played as an optometric consultant in a nursing facility can be as creative and unique as one desires," reads the AOA's nursing home manual. "In the role of consultant, the optometrist may be asked to assist the nursing home in developing policies or to provide suggestions on ways to improve the function of residents other than providing examinations."

Doctors interested in pursuing such care should consult the AOA's Optometric Care of Nursing Home Residents manual. Providing a deep dive into every step of the process, from credentialing and clinical responsibilities to making the first impression, the manual is an invaluable reference for getting started.

"Optometry has distinguished itself in providing eye care for young people and we do a wonderful job at that," Dr. Monaco says. "We should be proud of that, and I think we can do the same thing with the aging population.

"Optometry has every opportunity to fill this unmet need in a population that's growing by leaps and bounds every day."

Read more about aging eyes in the September 2017 edition of AOA Focus.

As contemporary optometry evolves, opportunities will open up for doctors of optometry to expand surgical procedures in their practices. A series of courses on these office-based procedures will be offered at Optometry’s Meeting®.

Inherited retinal diseases (IRDs) cause severe visual impairment, but advances in genetic testing and therapy offer a glimmer of hope—how optometry can get involved.

Thinking about low vision in your practice? Start here

Low Vision Awareness Month is a perfect opportunity to consider implementing such services in your practice and to ensure you have the right connections for necessary referrals to other doctors of optometry who provide this essential care.