Are patches the answer to amblyopia? 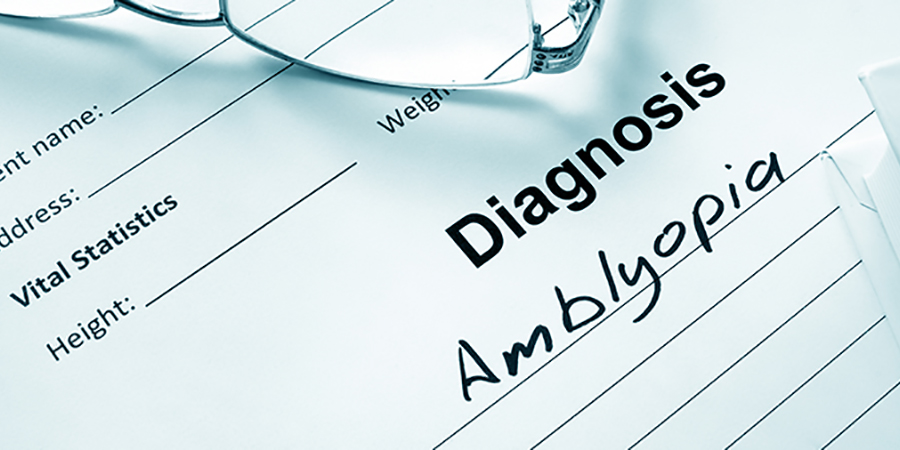 In cases of amblyopia, patching over the problem may no longer be the best option, a new study suggests.

That common treatment, putting an adhesive patch over the good or dominant eye in order to strengthen the lazy or weaker eye, is challenged in a new study, "Distinct Circuits for Recovery of Eye Dominance and Acuity in Murine Amblyopia" published June 18 in Current Biology. The researchers also underscore the need for early and comprehensive eye exams to diagnosis disorders when the plasticity of eye dominance is more receptive to being restored. The "critical period" is puberty, they say.

The nogo-66 receptor 1 (also known as ngr1), a protein in humans that may play a role in axonal regeneration and plasticity in the adult central nervous system, allows the treatment or restoration window to remain open, say the researchers at Children's Hospital Los Angeles, the University of Southern California, the University of Arizona, Shantou University and the University of Louisville.

In their study, researchers deleted the gene (ngr1) from animal models with amblyopia. Among their key findings:

"We unexpectedly discovered that they aren't related," lead researcher Aaron McGee, Ph.D., assistant professor in the University of Louisville Department of Anatomical Sciences and Neurobiology, says in a university news release.

"They're independent," Dr.  McGee says. "It may not be necessary to instill normal eye dominance to correct visual acuity."

Amblyopia is one of the most common eye conditions among children, affecting an estimated 2 or 3 individuals out of 100, according to the Centers for Disease Control and Prevention.

Mary Gregory, O.D., who practices in Monticello, Minnesota, called the study's findings "exciting" for building on doctors' knowledge base and reinforcing findings in past studies. Dr. Gregory, who received the 2014 Dr. W. David Sullins Jr. InfantSEE® Award for outstanding public service, operates a clinic where she provides vision rehabilitation for adults and children.

"The more knowledge we have like this new research, the easier it is to work with our patients using the most efficient methods," Dr. Gregory says. "In the past, amblyopia treatment was thought to be most effective by hindering or blocking the vision of the dominant eye via a patch. This was thought to create stronger visual pathways and a subsequent improvement in vision in the nondominant eye."

But new research is changing how doctors of optometry look at caring for patients with amblyopia.

"More recently, the accepted model of vision relies more on binocular acuity development instead of focusing on monocular acuity improvement," she adds. "In this more recent scenario, we are trying to increase visual acuity and reduce exaggerated dominance between the two eyes to increase stereopsis development. This newer method does not rely on patching the dominant eye but instead uses visual rehabilitation to enhance binocular acuity and decrease inhibition in the nondominant eye, while developing stereopsis at the same time. This research provides more insight into why eye dominance and visual acuity do not always seem to correlate."

Dr. Gregory said she would continue to follow this research. It won't necessarily immediately change treatment plans for amblyopia patients, but its results are promising and the study may have implications for adult patients whose amblyopia wasn't diagnosed earlier.

"This could be a game changer for amblyopic patients who were not treated early in life either due to lack of treatment or lack of detection," says Dr. Gregory who noted the research may also have implications for patients with brain injuries. "While more treatment options will be an asset, prevention and the early detection of amblyopia risk factors remain the best treatment. This research continues to impress upon the medical community how complex and prevalent vision is throughout the brain."

The AOA follows all research and new technology closely, including potential new amblyopia treatments. Although interesting, more research is needed regarding this development's influence on visual health. For more information or help for better vision, please visit the AOA website.