May 16, 2018
Risk is minimal to most people, doctor of optometry says. 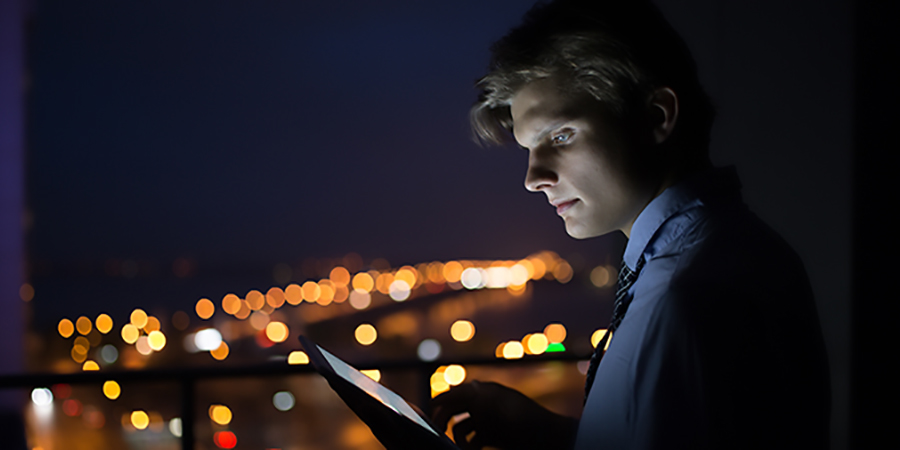 Published in Environmental Health Perspectives in April, the Spain-based study looked at the link between exposure to artificial light at night (ALAN) and risk for prostate and breast cancers. For the study, researchers analyzed two sets of data: 1) blue-light sensitive images taken from the International Space Station of Barcelona and Madrid at night and 2) questionnaires sent to about 4,000 people, including participants with cancer, plus a control group. Indoor ALAN was gathered from the questionnaires; outdoor ALAN from the images.

"Findings from this large case-control study of two cancers that have been associated with circadian disruption and light at night during shift work provide some support for the influence of ALAN for the development of cancer in the general population," concluded an international team of researchers at the Barcelona Institute for Global Health. "Men who reported the highest level of exposure to indoor ALAN were at greater risk of prostate cancer than men who reported no indoor illumination at night.

"Although both cancers were less likely among those in the highest versus lowest tertile of exposure to outdoor ALAN in the visible spectrum, outdoor ALAN in the blue-light spectrum, which is believed to be the most biologically relevant exposure, was positively associated with prostate cancer and, to a lesser extent, with breast cancer," they add.

What doctors of optometry should know

Karl Citek, O.D., Ph.D., is chair of the AOA's Commission on Ophthalmic Standards, as well as subcommittee chair for the American National Standards Institute (ANSI), which sets consumer-protection standards for the manufacture of sunglasses and over-the-counter reading glasses.

After reviewing the study, Dr. Citek's takeaway was that the increases posed minimal risks to most people.

"Most of us do not need to make major lifestyle changes nor worry much about the reported findings," says Dr. Citek, a professor of optometry at Pacific University College of Optometry. "Increased exposure at night to light—especially blue light—can disrupt melatonin release, which has been linked to circadian rhythm disruption and higher incidences of certain types of cancer. This study concentrated on breast and prostate cancers, and it did consider other factors in addition to exposure to artificial light (e.g., tobacco use, body mass index, family history).

"Nonetheless, the only truly significant danger—more so for prostate than breast cancer—may result with high-level exposure to artificial light at night, such as sleeping in a room with the lights fully on," he says. "Bottom line: Sleeping, especially for men, should occur in a room with no more than dim light."

Doctors of optometry should continue to educate patients about blue light and its impact on vision and health, recommending patients: