July 13, 2022
New study says thousands of Americans could be spared the cognitive declines associated with dementia by adding vision impairment to the list of modifiable risk factors affecting the condition. 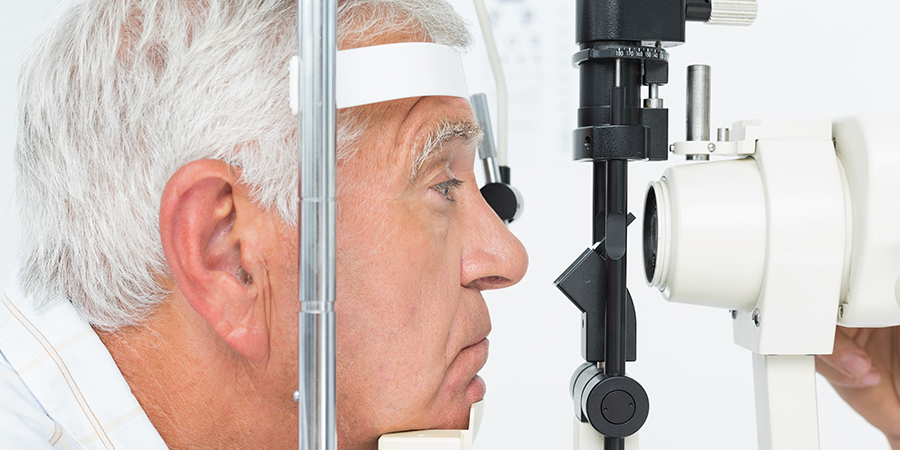 Doctors of optometry practice each day the notion raised in a recent JAMA Neurology study: that vision impairment can’t be overlooked when it comes to dementia—or, for that matter, other systemic conditions affecting a patient’s overall health and manifesting in the eye.

The study, “Addition of Vision Impairment to a Life-Course Model of Potentially Modifiable Dementia Risk Factors in the US,” was published in June and associated 100,000 dementia cases in the U.S. with vision impairment and suggested that vision impairment was a modifiable risk factor that could possibly slow the cognitive decline that can occur with dementia. According to the Centers for Disease Control and Prevention, dementia is a broad term “for the impaired ability to remember, think or make decisions that interferes with doing everyday activities.” The most common form of dementia is Alzheimer’s disease.

As noted in a July 3 New York Times article, the study cites a number of risk factors that are modifiable now as opposed to the lengthy development of new drugs.

“Since a large majority of vision impairment is modifiable, further investigations are warranted to determine whether interventions to optimize vision will slow cognitive decline and prevent future cases of dementia,” the study’s authors write.

Those modifiable risk factors are often incorporated into the care doctors of optometry deliver in their practices every day, says Jacqueline Theis, O.D., a member of the AOA’s Vision Rehabilitation and Evidence-based Optometry Committees. Still, Dr. Theis agrees with the study’s authors—further research is needed.

Dr. Theis has residency training in neuro-optometry and has done extensive public speaking and has experience in office- and hospital-based clinics evaluating and treating patients with visual problems and oculomotor (eye movement) dysfunction secondary to neurodegenerative diseases such as Alzheimer's disease.

“The idea that many risk factors such as smoking, diet, exercise, management of diabetes and high blood pressure are modifiable and can therefore be preventative/protective for future development of neurologic disorders such as dementia is not new to doctors of optometry,” says Dr. Theis who practices in Virginia. “Nor is it a new concept that many patients acquire visual impairment with age and that the majority of visual impairment itself is preventable/treatable with early identification and intervention—for example, with refractive error, cataracts and glaucoma treatment.

“What is novel about some of the more recent research coming out since 2017 is that visual impairment itself may be a modifiable risk factor for cognitive impairment, dementia and Alzheimer’s disease,” she continues. “The concept that correction of refractive error or referral for cataract surgery could prevent or delay cognitive impairment is eye opening. Numerous studies have shown a positive association between patients with visual impairment from age-related macular degeneration, glaucoma, cataract and diabetic retinopathy and incident dementia and cognitive impairment, while others have not. Thus, the current evidence suggests association and possible—but not definitive—causation, and we need high-quality research to truly understand this relationship.”

“Keeping people with dementia physically healthy is important for their cognition,” the commission’s report says. “People with dementia have more physical health problems than others of the same age but often receive less community health care and find it particularly difficult to access and organize care. People with dementia have more hospital admissions than other older people, including for illnesses that are potentially manageable at home. They have died disproportionately in the COVID-19 epidemic. Hospitalizations are distressing and are associated with poor outcomes and high costs.”

In the new study in JAMA Neurology, the authors recommend adding vision impairment to the mix. That’s a recommendation that Dr. Theis supports.

“The article emphasizes the importance of doctors of optometry going beyond the eye and playing an active role in inquiring and promoting overall good health habits such as smoking/alcohol cessation and increased exercise and nutrition in our patients,” she says.

For many years, in his practice in rural Oklahoma and as an AOA volunteer, Daniel Bintz, O.D., has urged patients who use tobacco to stop—with flyers, during contact lens training, typically for young people, and through the techs at his practice raising cessation when recording social histories on patient workups.

“If I do not see it in chart, at the end of the exam a pop-up box reminds me to discuss cessation,” Dr. Bintz says. “When we bring up the connection to blindness, nearly 100% of people have not heard that information.”

Now he can raise the issue of dementia. Smoking increases the risk of developing vascular occlusive disorders and macular degeneration which can lead to reduced visual acuity. Vision loss increases fall risk and can lead to social isolation and depression—two of the modifiable risk factors for dementia, never mind the factor of normal aging.

The COVID-19 pandemic has only compounded feelings of isolation, Dr. Bintz says.

“When it comes to quality of life, especially toward the end of life, I think all health care professionals agree with the philosophy of ‘let’s fix the things we can fix and do the things we can do to make these years more fulfilling for the patient and the patient’s family,’” Dr. Bintz says.

“There have been studies that have proven cataract surgery done at the appropriate time can reduce the risk of falling and hip fractures,” he adds. “Many times, after a hip injury, the patient becomes less mobile, and thus more isolated. Additionally, as has been reported, the ability to read, look at photo albums, watch television and work on computers is very important for people feeling connected or less isolated. The brain and eye are so important to the overall function of the body. When these systems start to deteriorate, a person feels more helpless in performing everyday tasks.”

Both doctors of optometry hope the study is a jumping-off point for more research about the role of vision in quality of life and systemic conditions.

“It’s a good start to rethink how we approach the multiple issues associated with dementia,” Dr. Bintz says. “I also agree that the ‘magic bullet’ medication is not in the near future, and if it becomes available the cost will most likely be prohibitive to a great number of the population. When medications for brain and nerve diseases such as multiple sclerosis can cost a patient more than $100,000 a year and merely reduce the symptoms without eliminating the disease, I can’t imagine the price tag on a medication that would halt or greatly reduce symptoms of dementia. By all means, we should address those modifiable conditions that can provide a better quality of life.”

Dr. Theis would like to see more research into whether the visual system is an “early and objective biomarker for cognitive impairment and neurologic function.

“The article and study sparked a lot of ideas for future directions for both clinical and research endeavors in eye care and brain health as well as discussed some of the barriers to access to eye care such as poor vision benefits in health care plans," she says.

The AOA provides several resources for doctors related to the care of aging patients including: