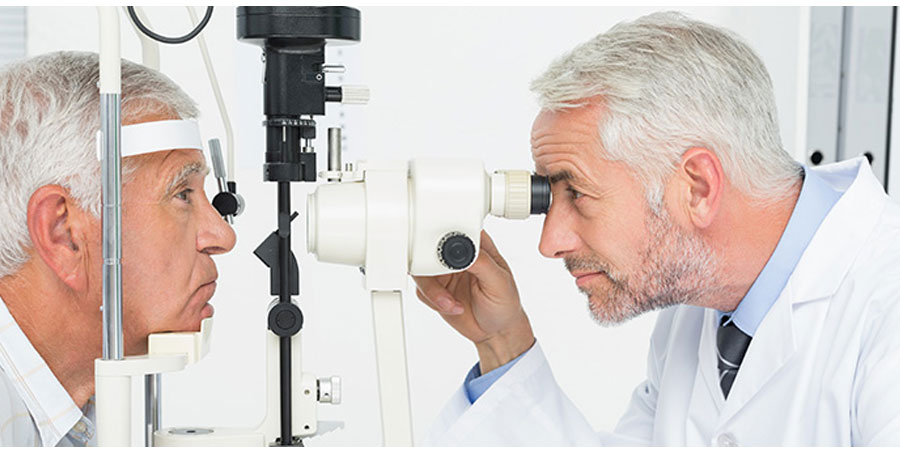 By the thinnest of margins, retinal deterioration could portend cognitive decline, according to a growing body of evidence that uses common ocular imaging to detect signs of neurodegenerative disorders.

Published online in the journal JAMA Neurology, two separate studies concluded that thinner retinal nerve fiber layers (RNFLs), as measured by optical coherence tomography (OCT), were not only associated with worse cognitive function and a greater risk of cognitive decline in people without a diagnosed neurodegenerative disease, but also associated with increased risk of dementia, including Alzheimer's disease.

These correlations, expanding more than 15 years of research into RNFLs and cognition, suggest the kind of in-vivo ocular imaging routine in optometric practices could be a linchpin for the early detection and diagnosis of an irreversible disease that currently affects 5.4 million Americans.

Alzheimer's disease, a progressive neurodegenerative disorder characterized by the buildup of amyloid beta plaques and neurofibrillary (tau) tangles in the brain, is the sixth-leading cause of death in the United States and the only cause of death in the top 10 that cannot be prevented, cured or slowed. Where advanced age, family history and genetics are known risk factors for Alzheimer's development, the correlation between RNFL thickness and impaired cognition offers physicians—and patients—a modicum more of clinical detail where little existed before.

Although previously documented in numerous small-scale studies and case series, the RNFL-cognition correlation was examined most recently by researchers with Moorfields Eye Hospital in London, United Kingdom , using more than 32,000 participants in the UK Biobank Eye & Vision Consortium.

Selecting participants ages 40 to 69 years with no known neurodegenerative disease at baseline, investigators analyzed OCT measurements of their RNFL thickness across three years and paired those alongside neurocognitive assessments, such as memory, matching and reasoning tests. While a thinner RNFL was associated with worse baseline cognitive performance, subjects in the thinnest RNFL quintile were 11% more likely—compared with the thickest quintile—to fail at least one baseline cognitive test.

At three years follow-up, subjects in the two thinnest RNFL quintiles were nearly twice as likely to fail one or more cognitive tests, while researchers found for each thinner quintile, an 18% increased risk for cognitive decline.

Leo Semes, O.D., former professor at University of Alabama-Birmingham School of Optometry and a founding fellow of the Optometric Retina Society, says these results are significant as this is the largest prospective study of its kind.

"Of those with repeat worsening test scores, while it represented a minority of the total cohort, there was a consistent and statistically significant association between thinning RNFL and tests measuring cognitive decline and confirms cross-sectional studies suggesting RNFL thickness at baseline and declining thickness association with cognitive decline assessments," Dr. Semes notes.

Furthermore, Dr. Semes called out a particular quotation from the study results: "Consequently, our results are more representative of a premorbid population, further strengthening the principle of an association between a thin RNFL and cognitive decline."

Importantly, study authors also point to the parallel of early glaucoma diagnosis centered on the RNFL and the ganglion-cell complex and the potential for this measurement as an attractive noninvasive marker to predict cognitive decline, Dr. Semes says.

The second study, conducted by researchers in Rotterdam, Netherlands, also revealed an association between retinal structures and dementia risk. In that investigation, researchers analyzed the RNFL and ganglion cell-inner plexiform layer (GC-IPL) thicknesses of more than 3,200 subjects with an average age of 69 over the course of four and a half years. Of these subjects, 86 developed dementia—68 of which developed Alzheimer's disease—in that timeframe.

Although vision changes naturally occur with age and don't always indicate a more serious, underlying condition, patients 60 and older still should be wary of age-related health problems that may occur with little or no symptoms. Regular, comprehensive eye examinations are critical in senior years and evolving understanding of neurological health time and time again looks to the retina for answers.

An extension of neurologic tissue, the retina provides a proxy for disease status in the brain that can easily be photographed without causing undue stress, harm or cost to the patient. That's why micrometer-fine-resolution imaging proves so promising—OCT is already a part of many doctors' of optometry exam lanes. Moreover, it's one of the 10 most popular equipment additions to doctors' offices last year, per the 2017 AOA New Technology and EHR Survey.

Murray Fingeret, O.D., clinical professor at State University of New York College of Optometry, reviewed the Moorfields study and the concept that OCT could be a future screening test for those at risk of developing dementia. He noted there are still questions regarding how to practically use the OCT data in a clinical setting, such as establishing cutoff scores to signify who would be at risk.

"It is known that the optic nerve represents in many ways an extension of tissue from the brain, and conditions that may impact the brain may also be seen in the RNFL system," Dr. Fingeret says.

"For optometry, it presents significant information as optometrists are on the front lines, see elderly individuals and most have OCT in their office. Unfortunately, there is no treatment to prevent dementia from developing but with new drugs being developed that have neuroprotective properties, this study presents a glimpse into the future whereby we recognize those at risk and have them use [an as-yet-undeveloped] drug."